Editor-at-Large of Southern Living Magazine, posted this image on her blog, and it stopped me in my tracks…  Does anyone know the name of the designer, or in which issue of Architectural Digest it appeared? I would love to see more!

Kim said her post was inspired by the “20 Rooms in Bloom” feature in Elle Decor, and so of course I had to check it out! While I was there, I stumbled upon this guest room that I have seen floating around Pinterest over the last few days.  It caught my eye, and I decided to do some further investigation to see if I could find more from the feature… Boy, I was glad I did because this home is pure Palm Beach Chic fabulousness.

This amazing home, featured in the June 2009 issue of Elle Decor, is the weekend Southampton getaway for Veronica Swanson Beard (daughter of the frozen-food scion), her husband, and two sons. The interiors  – decorated by Chiqui and Nena Woolworth, Veronica’s aunt and cousin, respectively  – were inspired by Palm Beach… coral-pink walls, crocodile textures, tropical prints, and acres of sisal.

Veronica and her family have a particular affection for Palm Beach circa 1960s, a time and place that proved seminal in the family history, since it was where fashion designer and society renegade Lilly Pulitzer introduced Beard’s parents to each other. 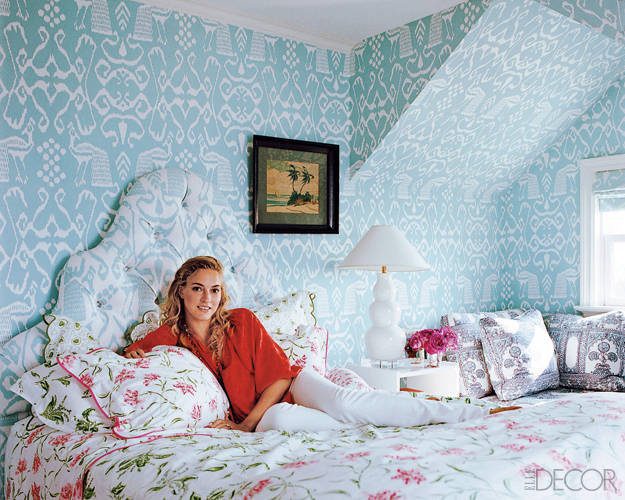 Veronica Swanson Beard in the master bedroom; the headboard and wall covering are by China Seas, and the bedding is by D. Porthault. 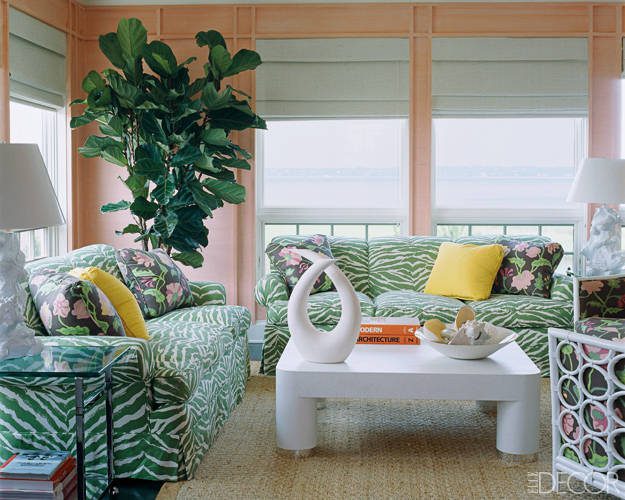 The living room of the Beards’ Southampton, New York, residence, which was designed by architect Kelly F. Faloon and decorated by Chiqui and Nena Woolworth; the sofas are upholstered in a China Seas fabric, and a 1960s ceramic sculpture from Amy Perlin Antiques sits atop a vintage cocktail table from Homenature. 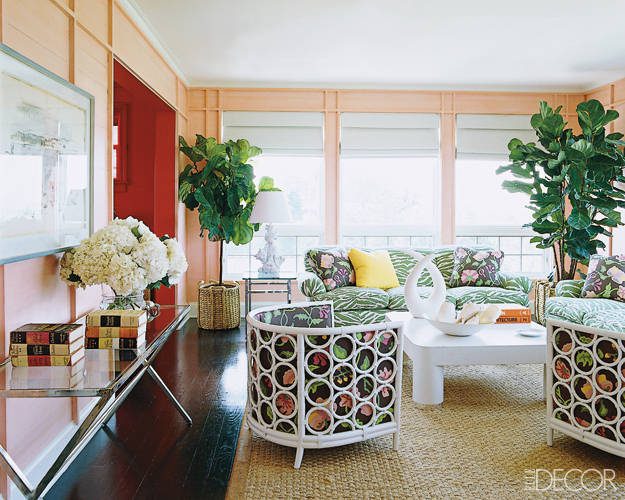 A pair of Barrel lounge chairs by Laura Kirar for McGuire in the living room. 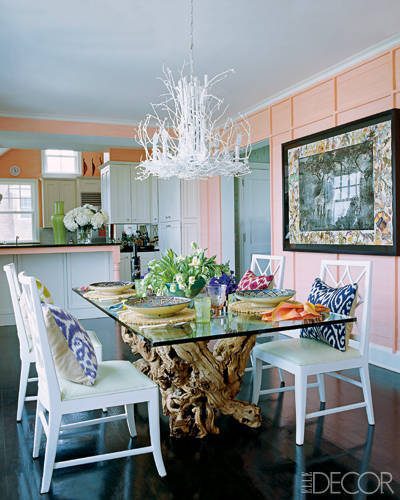 The dining room’s chandelier and chairs are from C. Bell, the grapevine table is by Jayson Home & Garden, and the pillows are by Madeline Weinrib; the hand-colored photograph is by Peter Beard. 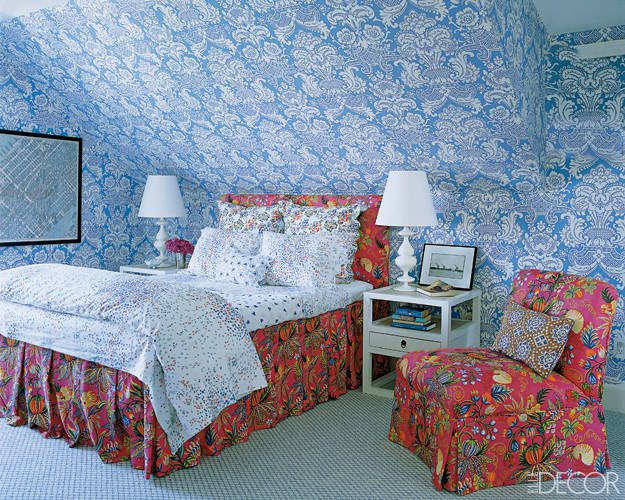 A guest room dressed in Quadrille wallpaper and fabrics; the bed linens are by D. Por­thault, and the vintage lamps and enameled side tables are from C. Bell in Palm Beach (click here to read my post on C. Bell). 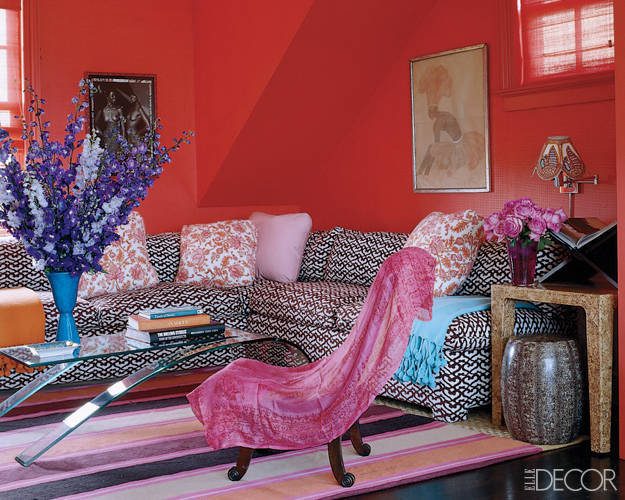 In the library, the sectional’s upholstery and flower-print pillows are by Roberta Roller Rabbit. 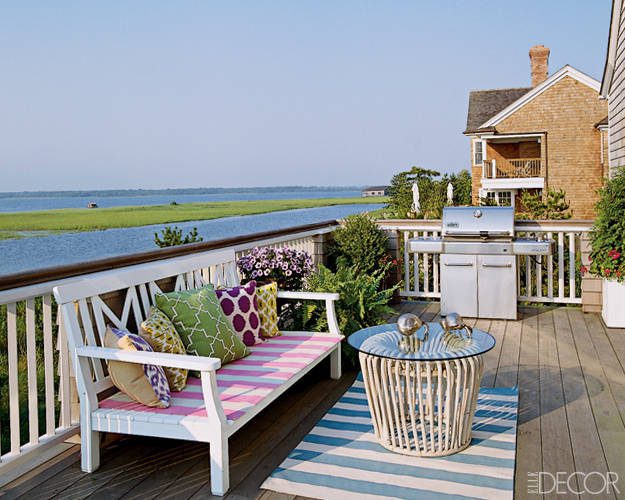 On the deck is a grill by Weber, an Italian cocktail table from R. E. Steele, a bench by Restoration Hardware, and pillows and cotton rugs by Madeline Weinrib.
I’m so glad I stumbled upon this delightful home!  Palm Beach Chic seams to be a pretty popular look among the Southampton set… Click here to read another post I wrote recently on Lily Maddock’s Palm Beach-inspired Southampton home, decorated by Celerie Kemble.
And if you don’t already subscribe to the incredibly talented Kimberly Schlegel Whitman’s blog, I highly recommend it. She is a Dallasite and a true class act. 🙂