One of my sweet readers recently sent me the following query… “Would you mind giving me your thoughts on white grand pianos? Our aesthetic has always been old Florida and with this new renovation we’ve got lots of green and white with mirrors and touches of pink. Our house is small so a huge black instrument would be like the 800 lb gorilla in the living room. My family and friends on other coasts tell me pianos are black, deal. Any thoughts?”

My immediate response was that I love white pianos! I mentioned Marilyn Monroe’s white piano that Mariah Carey purchased at the 1999 Christie’s auction of Marilyn’s personal belongings. 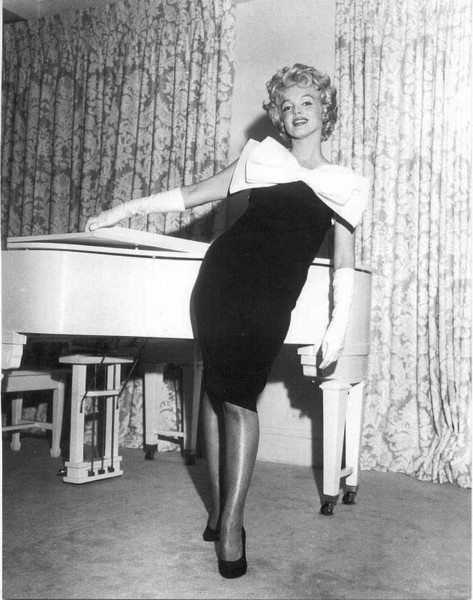 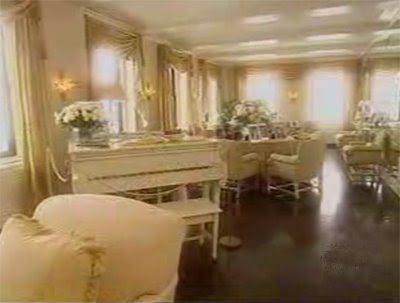 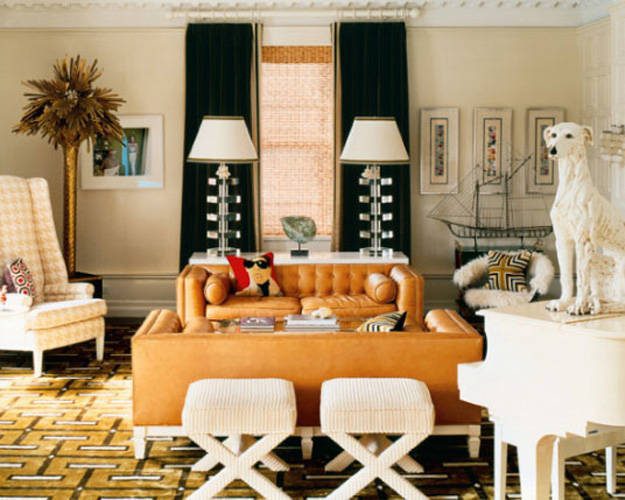 I advised my reader it is her home and she can do whatever she wants with it – that is what makes decorating such fun, and I quoted Dorothy Draper – “I’ll always put in one controversial item, it makes people talk.”
However, my reader’s next response prompted further investigation…
“I’m a fan of Jonathan Adler of course but don’t want to be Liberace…(his dog’s name actually!) I agree it’s our house, and we should do what makes us happy, I know. But it’s something that scares me. My friends from my NY days asked if I’d ever seen a white Steinway. Well, yes, signed by John Lennon. Not my idea of a design pedigree (as much as I love the Beatles). But of course, I could get a Yamaha… If you have the inclination and/or time, I would love your opinion. I’m not as big a fan of Dorothy Draper’s colors but love Meg Braff and Miles Redd – esp the boxwood breakfast room. So pretty as opposed to kitchy, which Adler can be. Is a white piano too kitchy? You’re there on the spot in Florida with access to the design concepts of old Florida (Lilly Pulitzer – Steinway did a Lilly piano but too wild. Lilly herself had black.)”
Well, I had no idea white grand pianos were so controversial! I found the following comment via Yahoo! Answers:
“Universally, those earnest about music seem to wholly prefer the black piano or the natural wood finish, sometimes blonde wood, most usually darker wood. White pianos are almost universally considered as ‘vulgar,’ Hollywood cheesy, or downright bad taste – i.e. an instrument treated as a decorated item, trivializing the object, and de facto, trivializing music. But if your living room is all ‘white white white’ (sounds like a hollywood deco / early moderne set for some starlet’s boudoir – also a bit Casino, vulgar hotel or whorehouse-ish) it might be the way you want to go.”
Say what?!?! I even found a pretty heated chat room via Piano World on the white piano debate. 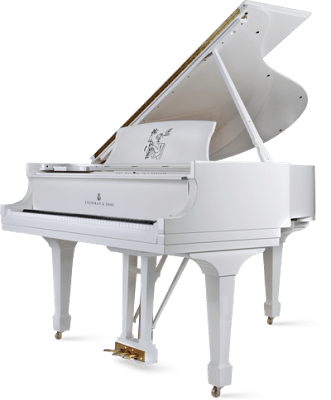 John Lennon “Imagine Series” Limited Edition, modeled after the white Steinway  Sons grand piano that John presented to Yoko Ono on her birthday in 1971. Elvis had a white grand piano too… this is not helping my case. 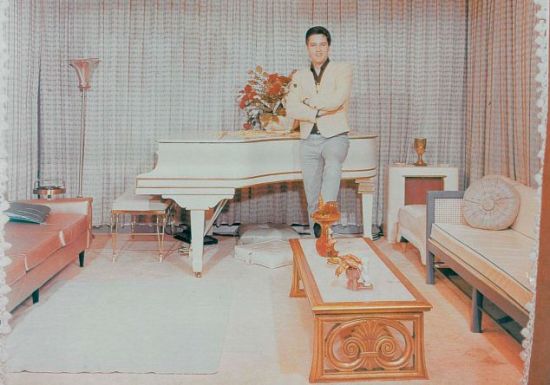 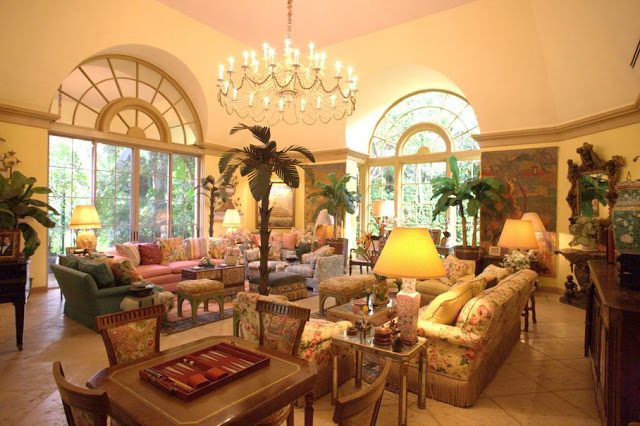 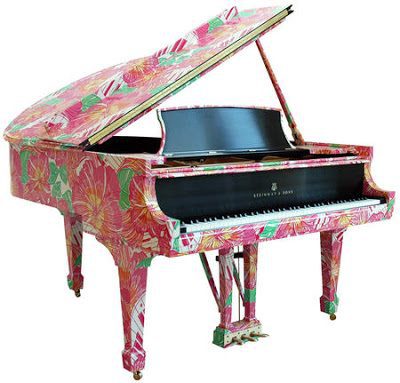 Lilly Pulitzer 50th Anniversary Jubilee Steinway & Sons grand piano
I recently blogged about Boca Grande, Florida’s historic Gasparilla Inn decorated by Mimi McMakin – Celerie Kemble’s mother. It doesn’t get any more “Old Florida” than Boca Grande and the Gasparilla Inn, and sure enough… they too have a black grand piano. 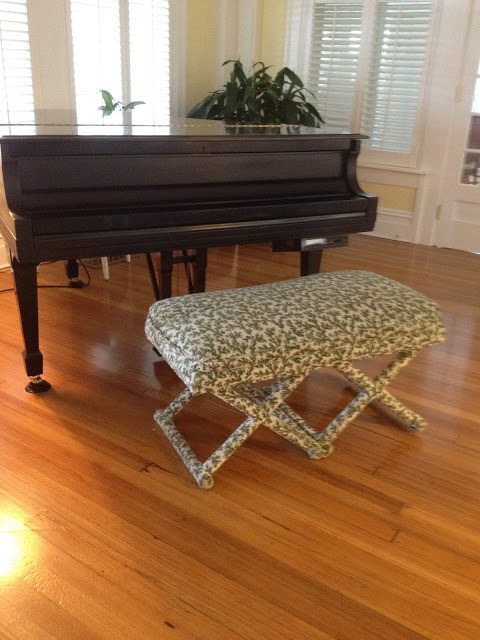 Grand piano at the Gasparilla Inn
Surprisingly, I had a terrible time finding images of white pianos. When it comes to purchasing a grand or baby grand piano, the safe and traditional choice – even here in Florida, birthplace of Palm Beach Chic – seems to be black. Here are a few chic white pianos I was able to round up… 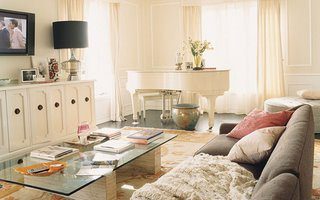 What’s not to love about this room, via Dominon magazine?! 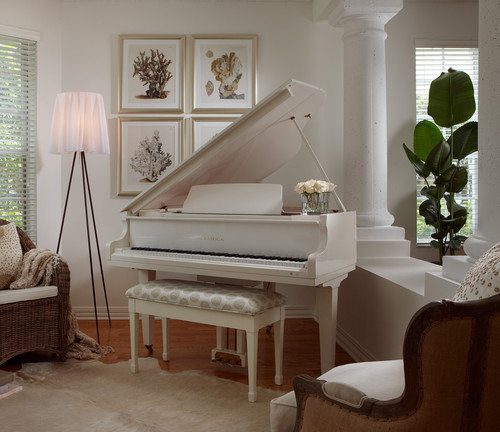 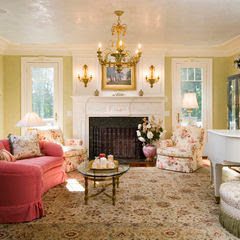 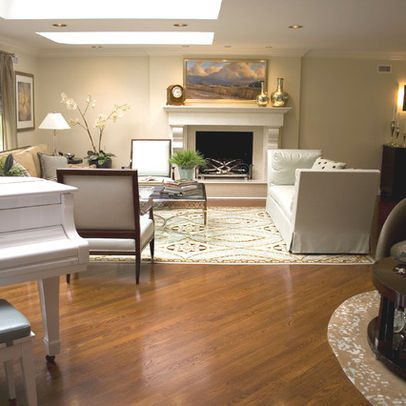 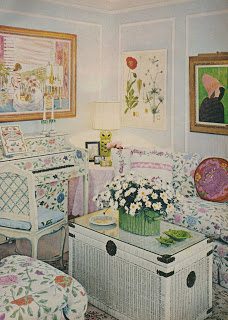 This room with its white (and painted) piano, via The Peak of Chic, looks fresh, current, and totally Palm Beach Chic – despite being from the 1970s. I personally love this look (minus the painted fruits and vegetables). 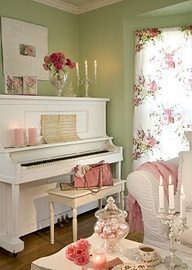 While this obviously is not a grand piano, I love the way the white blends into the pink and green color scheme (although the décor is too Shabby Chic for my taste). 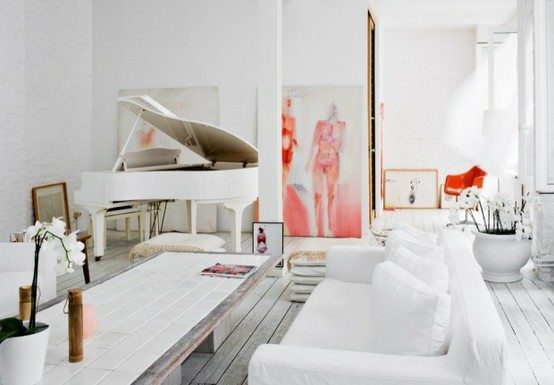 Apartment Therapy says, “For those who are looking to bring a piano into their homes in an updated way, incorporating unexpected color is a fun and certainly conversation starting way to do it.” 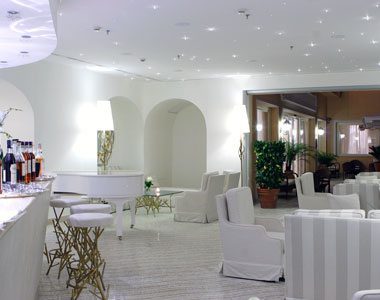 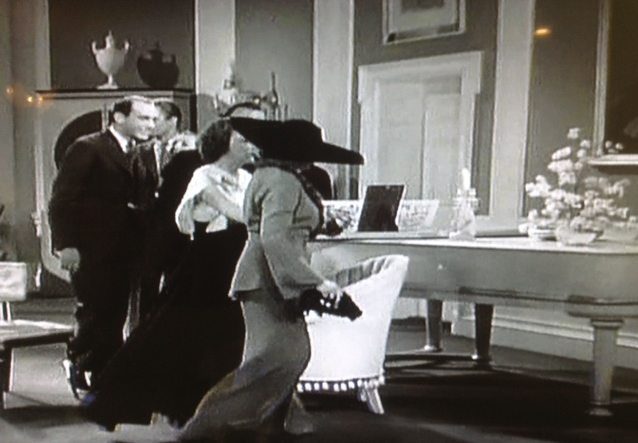 “I Live my Life” (circa 1935) starring Joan Crawford.
Please weigh in! Would you buy a white piano? Apparently, the resale value is terrible, so if you are looking for a bargain on a grand piano, you can probably find a white one for a song on Craigslist!