Last week, I featured the incredible Palm Beach and Southampton homes Mario Buatta decorated for Hilary Geary and Wilbur Ross, Jr. The couple’s primary residence, located on the 30th floor of a Fifth Avenue Manhattan high-rise and also decorated by Buatta, is equally as stunning. Let’s take a look inside the apartment, as featured in Architectural Digest. Photography by Derry Morre. 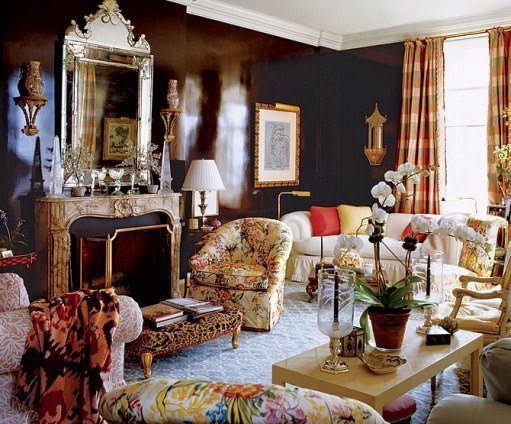 “The shiny walls glitter at night and glitter during the day,reflecting the lights of th city,” Mario Buatta says of Hilary Geary and Wilbur Ross’s apartment on the 30th floor of Manhattan high-rise. 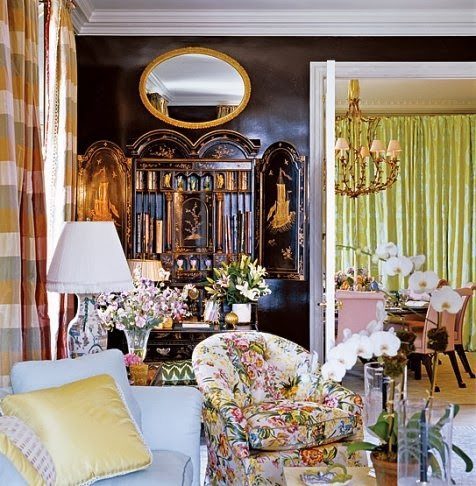 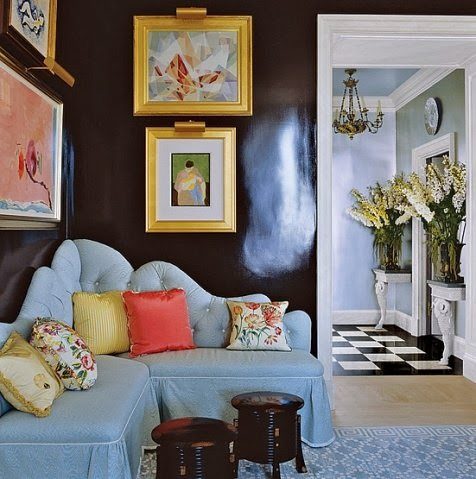 The eggplant shade on the living room walls, which Buatta treated to resemble porphyry, is “a great foil for all the pastels—it makes them sing out.” A painting by Helen Frankenthaler, at left, hangs below a work by Carlos Mérida. The portrait is by Sally Avery. 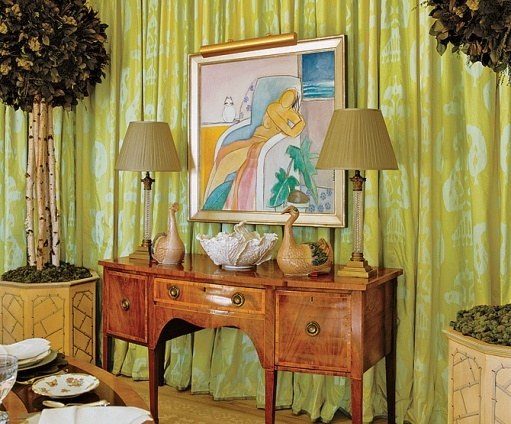 “Because of the topiary trees, you feel you’re in a pavilion,” Buatta says. St. Bart’s artist Jean Verrechia painted the figure, which hangs over an 18th-century English sideboard, from Hyde Park Antiques. Pair of goose tureens from Ann Getty. Carpet from Stark. 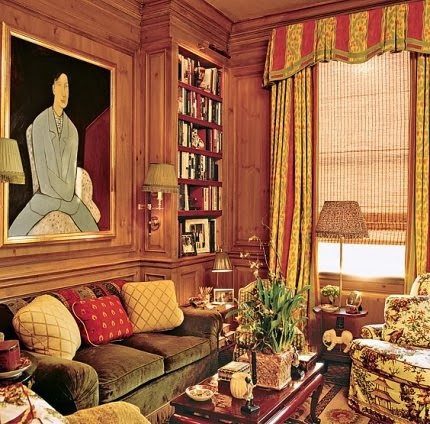 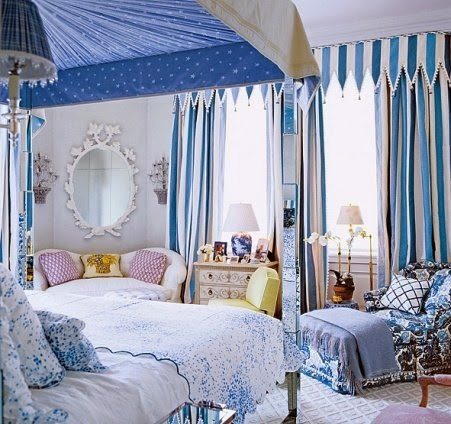 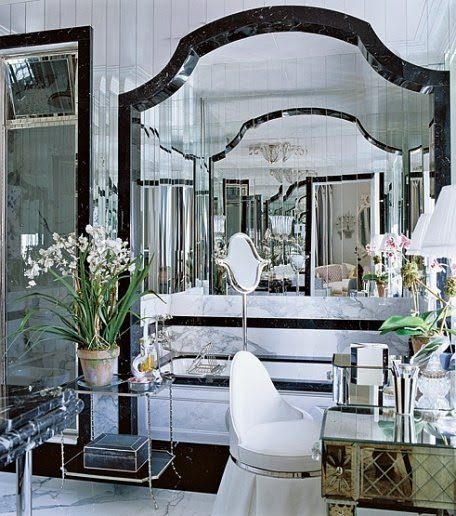 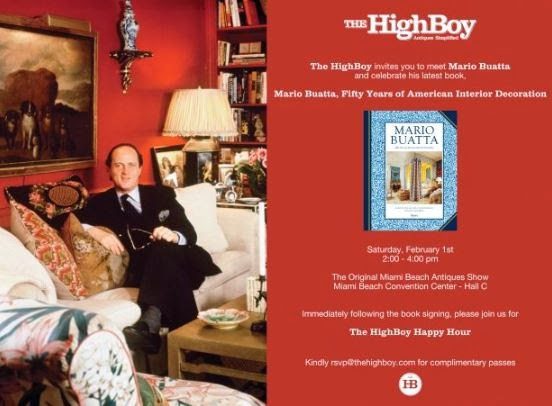 Can’t get enough of Mario Buatta? Check out his recently released book, Mario Buatta: Fifty Years of American Interior Decoration, the eagerly anticipated first monograph that celebrates the 50-years-and-counting career of the decorating legend. Influenced by the understated elegance of Colefax and Fowler and the doyenne of exuberant American decor, Sister Parish, Buatta has decorated for notable clients such as Henry Ford II, Barbara Walters, Malcom Forbes, Mariah Carey, Blair House, the President’s guest quarters… and of course Hilary Geary and Wilbur Ross, Jr. This lavish book includes many unpublished photographs, Buatta’s personal stories, and his own rules for decorating.
And for even more Mario Buatta goodness, click here for his upcoming book tour, including author events in New York, Miami (above), Nashville, and Huntsville, AL.  I plan on attending the Miami event, and I’d love to see you there!