In the 1930s, avid 17th- and early-18th-century Americana collectors Miriam and George Maurice Morris were on a mission to own an authentic Colonial House.  Since the couple lived in Washington D.C. – which was founded in 1790 (after the Colonial Period) – they decided to scour the East Coast for a suitable landmark that could be relocated.  They found the Lindens, a 1750s Georgian masterpiece at risk for demolition in Danvers, Massachusetts. The Morrises purchased the three-story house for about $13,000 (approximately $227,000 today), and under the supervision of Walter Macomber, Colonial Williamsburg’s first resident architect, the frame structure was dismantled nail by nail and carted to Washington on six railroad freight cars to be rebuilt in the posh Kalorama neighborhood.

The Morrises created a house museum concealing radios and telephones with fake book spines and antique boxes.  Bathrooms were tucked into closets once used for powdering wigs. Over the next 45 years, the home welcomed approximately 50,000 guests with Miriam wearing a damask hoopskirt and serving refreshments made from Colonial recipes. Following her death in 1982, Christie’s auctioned all of the couple’s prized antiques. The present owner (who purchased the Lindens from subsequent owners) hired designer Mariette Himes Gomez to preserve the integrity of the home, but to make it feel like a home and not a museum. Gomez took particular care to let the architectural beauty of the house shine, noting that the furnishings needed to defer to the elegant woodwork. “You want people to notice all that, not some decorator’s one-upmanship,” she said via Architectural Digest. 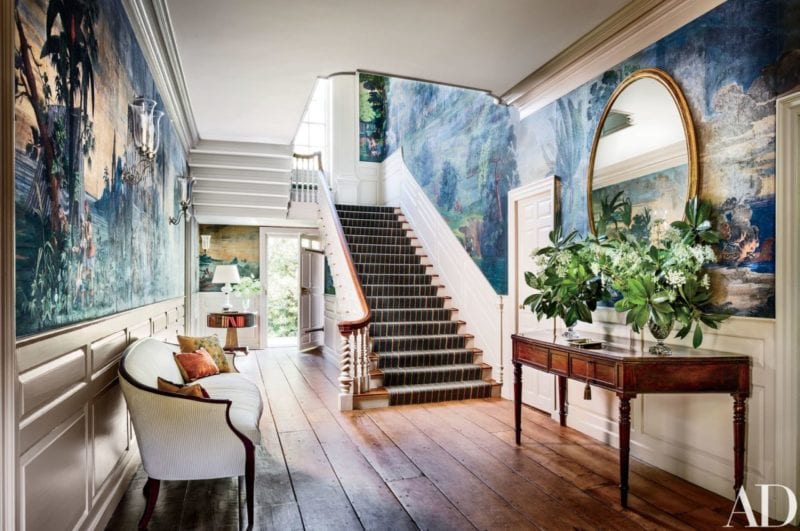 Installed in the 1860s, three complete sets of French scenic wallpapers by Dufour et Leroy survived the relocation. Artisans steamed them off the two-story stair hall and rehung them once the Lindens reached D.C. 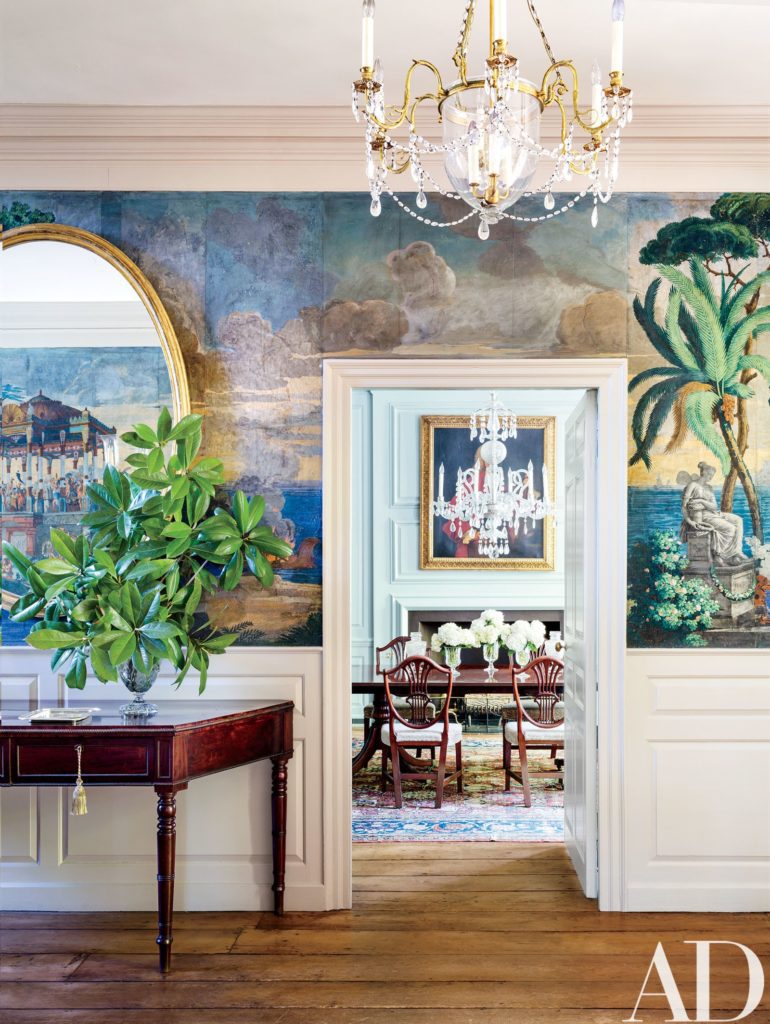 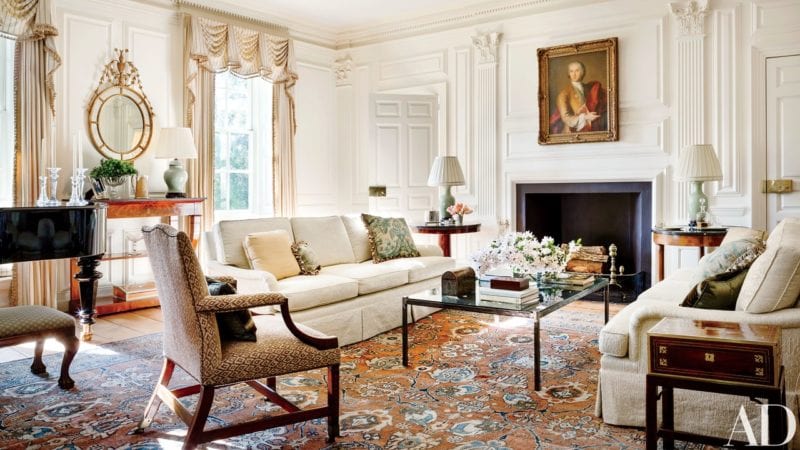 The pilastered living room has a classic, comfortable array of modern upholstery and Georgian and Charles X antiques; the formal curtains and valances are trimmed with a fringe by Samuel & Sons, and the Sultanabad carpet is from Doris Leslie Blau. 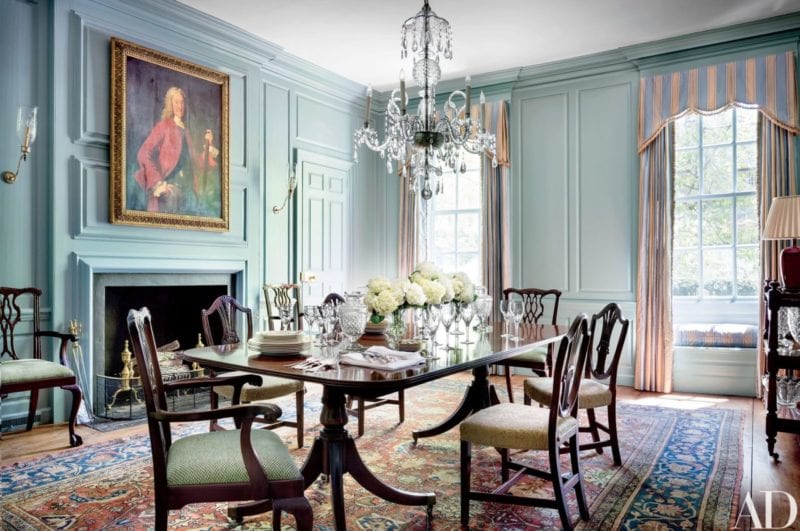 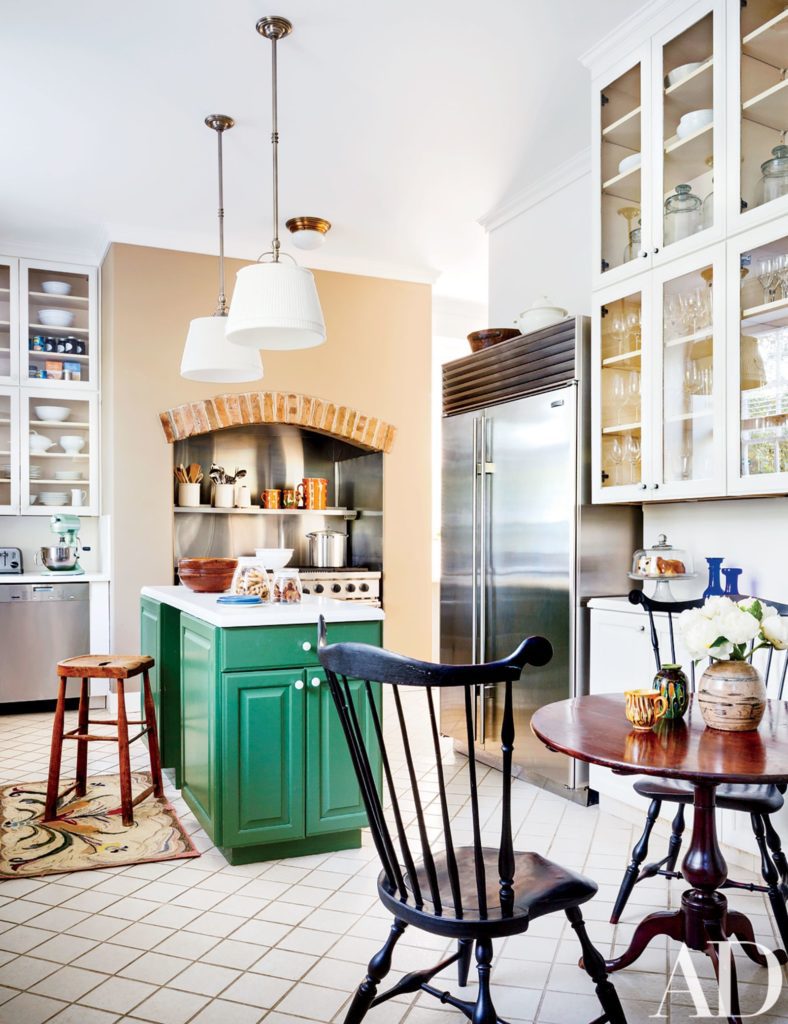 Dominated by paneling painted in a Donald Kaufman hue that recalls Wedgwood drabware, the library’s neutral color scheme is warmed by the ruddy tones of a carpet from Doris Leslie Blau and Fortuny-fabric pillows from David Duncan. 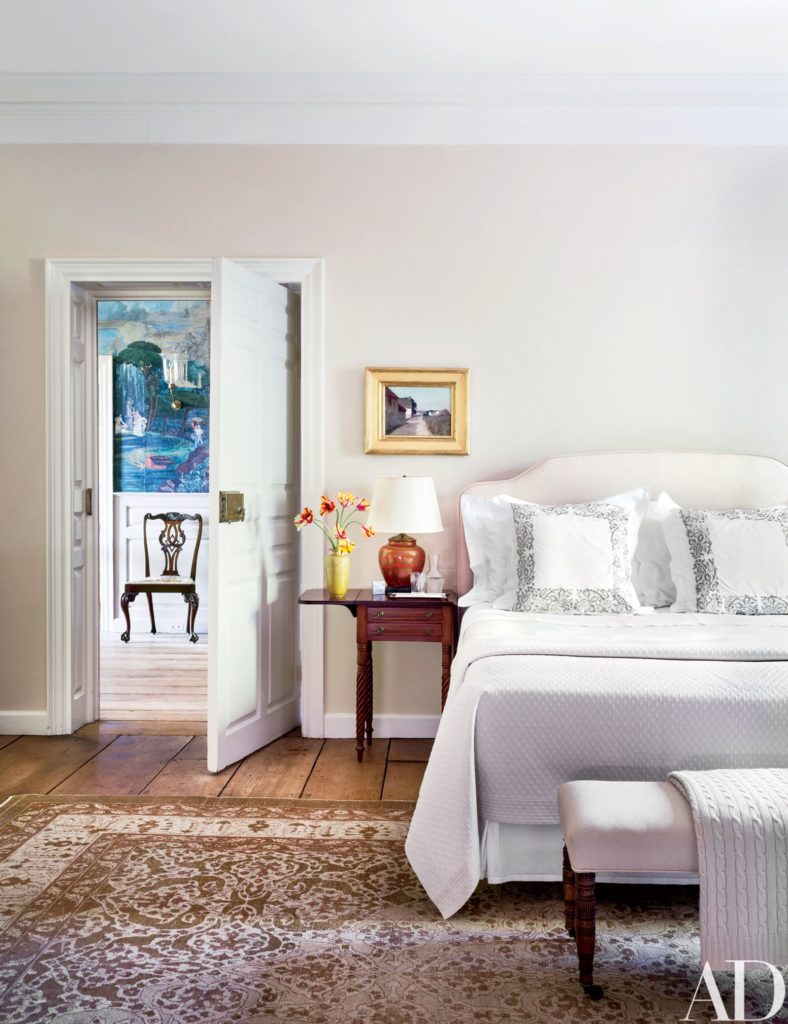 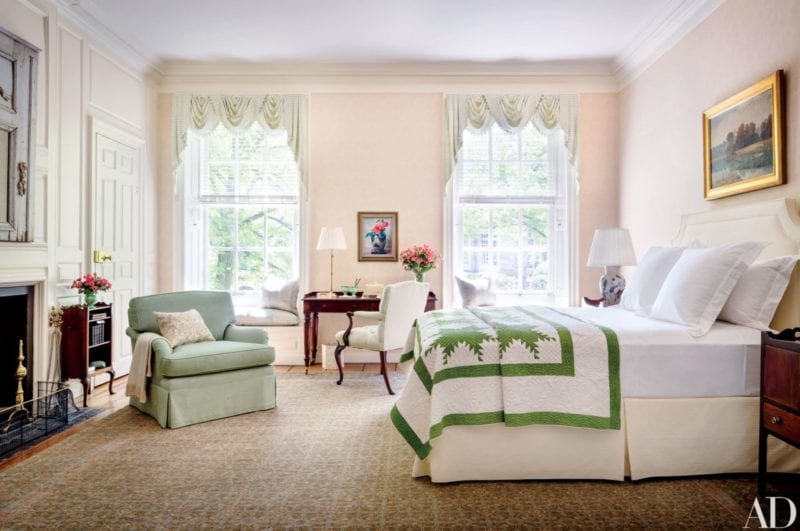 Another bedroom is highlighted by valances made of a Kravet silk, a candlestick lamp from John Rosselli & Assoc., a club chair covered in a Sahco fabric, and a rug by Beauvais Carpets; the circa-1875 Pennsylvania quilt is from Woodard & Greenstein. 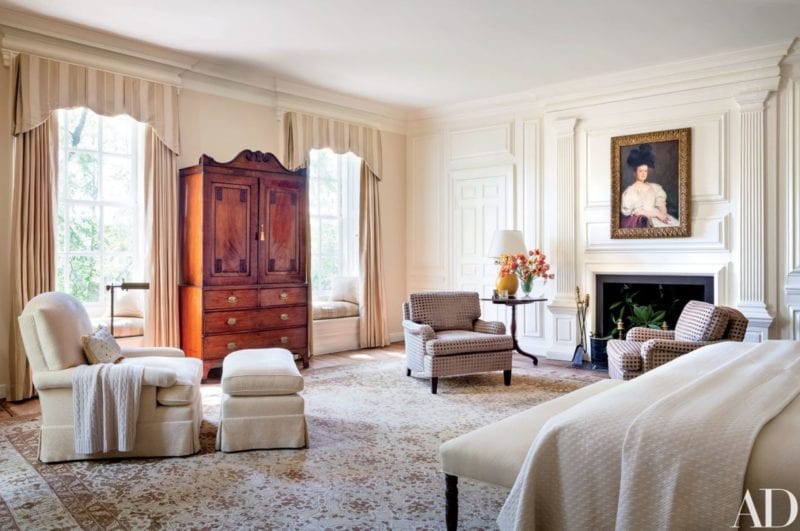 A circa-1800 English linen press is a focal point of the master bedroom; the chair and ottoman by Anthony Lawrence-Belfair are clad in a Nancy Corzine fabric, the floor lamp is by Hinson & Co., and the Amritsar carpet is from Doris Leslie Blau. 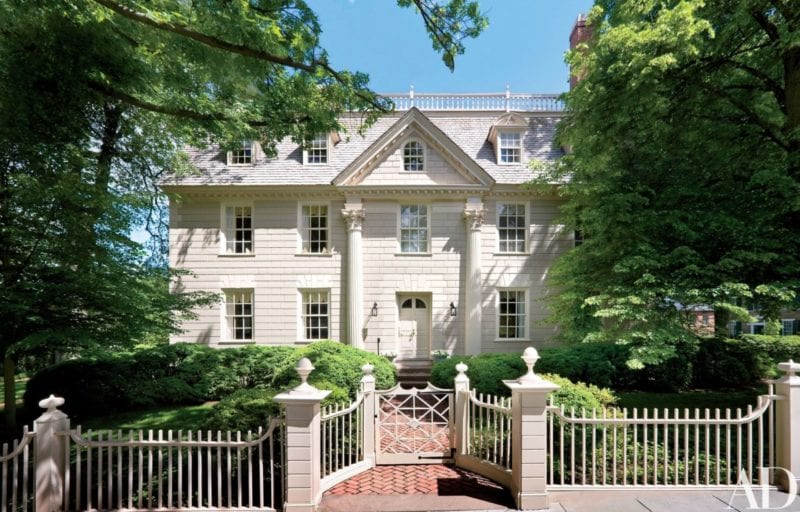 Engaged Corinthian columns distinguish the main façade of the Lindens, a 1754 Georgian residence in Washington, D.C., that was redecorated by Gomez Assoc.

This article originally appeared in the February 2014 issue of Architectural Digest.  Please click here to read more of this fascinating story. Has anyone ever had experience in moving a house? What a wonderful way to prevent demolition!