For nearly 20 years I have been an avid Herend collector, so naturally I am thrilled to announce today’s giveaway… One lucky reader of The Glam Pad will win this large raspberry fishnet sitting rabbit, with retail value of $910! He’s a cutie, yes?  Hand painted with 24kt gold accents, of course. 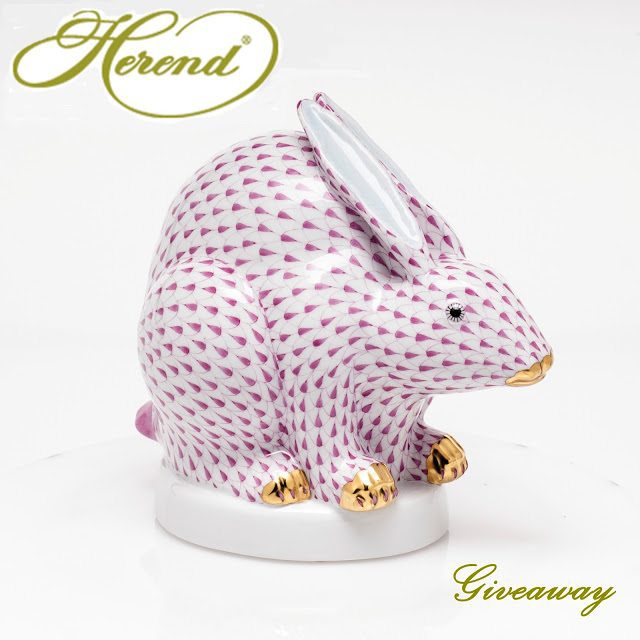 Enter below to win this Herend bunny!

Whether you’re an established collector or just starting out, I thought it would be fun to learn more about the history of the Herend fishnet figurines we have come to know and love.

Located in the village of Herend, Hungary, Herend porcelain has been produced since 1826. Each piece is entirely hand painted. The fishnet figurine design originated in 1858 when a Herend artist discovered an obscure Chinese porcelain plate with a fish scale design. He modified the design and incorporated it onto a rooster’s breast to imitate feathers, with the rest of the body painted in natural coloration. Thus began a new tradition, but it wasn’t until the 1960s that an animal figurine was painted entirely in fishnet from head to toe, becoming the Herend trademark.

Herend was officially introduced in the United States in 1957, and the fishnet figurines were brought to the U.S. marketplace in the 1960s, quickly earning a loyal following.  Famous Herend collectors include American Presidential Families (Kennedy and Reagan), the House of Habsburg, the King of Belgium, the Royal family of Thailand and Spain, and English Royal Family dating back to Queen Victoria. Princess Diana delighted to find it in her annual stocking. Collectors also include famous celebrities such as Celine Dion, Harrison Ford, Paul Newman, and Arnold Schwarzenegger.

A Herend figurine can take up to 16 hours to paint by hand. Every piece is hand painted by an artist who has trained for at least three years before they are qualified.  Herend artists must be disciplined perfectionists to hand paint the intricate design to fit the contours of each individual figurine. The finishing touch is the artist’s personal identification number authenticating that it is an original piece of Herend porcelain art. 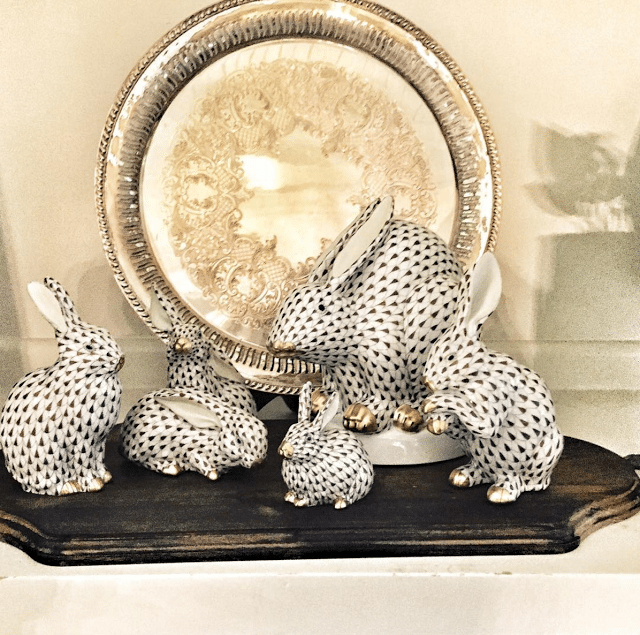 Whether you limit yourself to collecting one color…
via bunnybowles 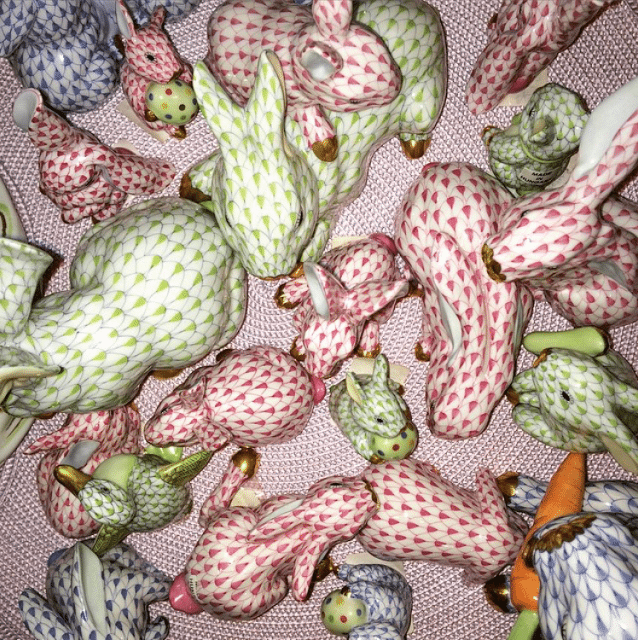 or you prefer to mix and match…
via theflowerstore 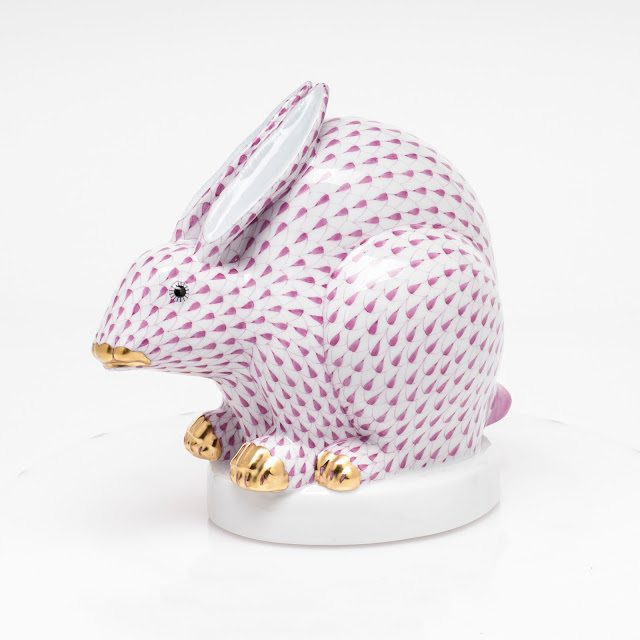 These bunnies are addictive… and they have a habit of multiplying. Enter below to win this one! The winner will be announced next Monday.