In 1936, American Heiress Barbara Hutton built Winfield House in Regent’s Park, London after a fire destroyed the original property. She eventually donated it to the U.S. Government, and Winfield House has served as the official residence of the United States Ambassador to the Court of St. James’s since 1955. During their tenure from 1969 to 1974, Ambassador and Mrs. Walter H. Annenberg refurbished the house from top to bottom, modernizing the entire infrastructure and furnishing it with valuable and expertly chosen pieces of furniture, beautiful paintings, and precious objets d’art.

They hired William Haines to redecorate, and the iconic Garden Room – also known as the Green Room – happens to be one of my favorite rooms of all time. The pièce de résistance of course is the 200-year-old Chinese wallpaper, which was recovered from Townley Castle in Ireland, purchased by Gracie in the late 1940s or early 1950s, and sold to Billy Haines for this project.

I was thrilled to learn that Gracie will be reproducing these exquisite hand-painted papers! In eager anticipation, I have compiled various images of the Garden Room at Winfield House along with notes and historic information from Jennifer Gracie, fourth-generation leader of the family business… 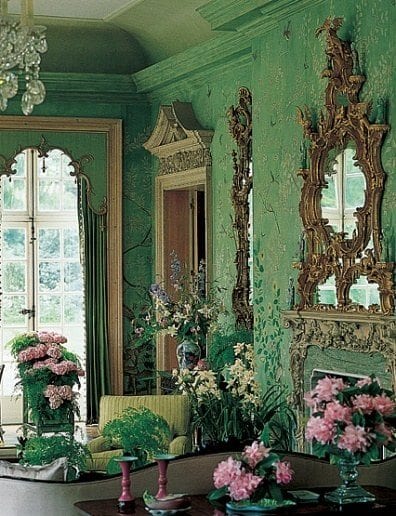 “There was a woman located in London, an antiques dealer named Sylvia Brothers, who was basically our ‘finder’ in Europe, and she knew that we would purchase as many antique wallpapers as she could find, said Jennifer Gracie. “She would send photographs to my grandfather, great uncle, and great-grandfather, and they would purchase multiple rooms of wallpaper to be shipped back to New York.” 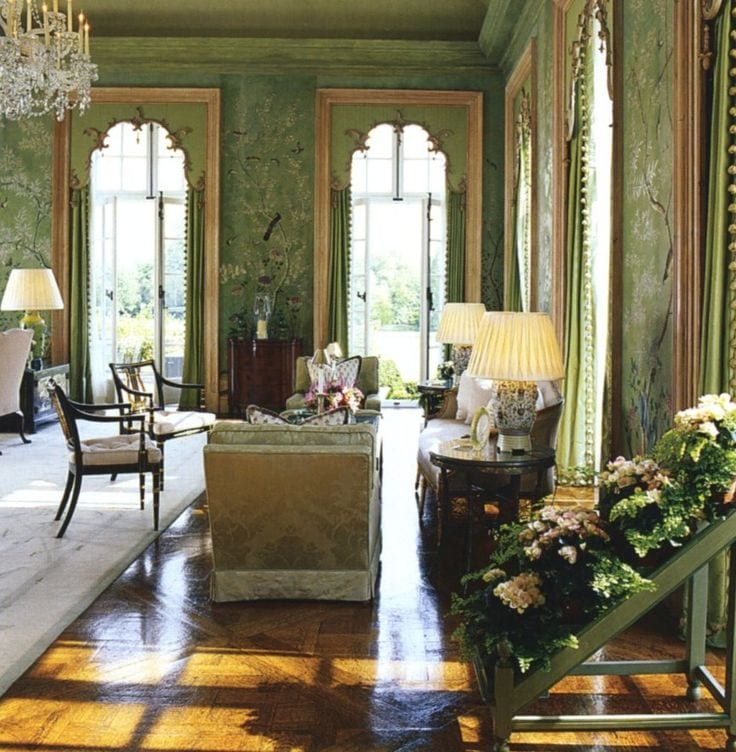 “Billy Haines was a wonderful client who purchased so many antique Chinese wallpapers from us. He also bought lots of accessories, such as vases and porcelain birds, which he often mounted as lamps on the unique modern bases he loved so much. Billy contacted us about the Winfield House restoration, and was shown photographs of the rooms we had available,” said Gracie. “He chose this particular wallpaper, and it was billed directly to the Annenbergs.” 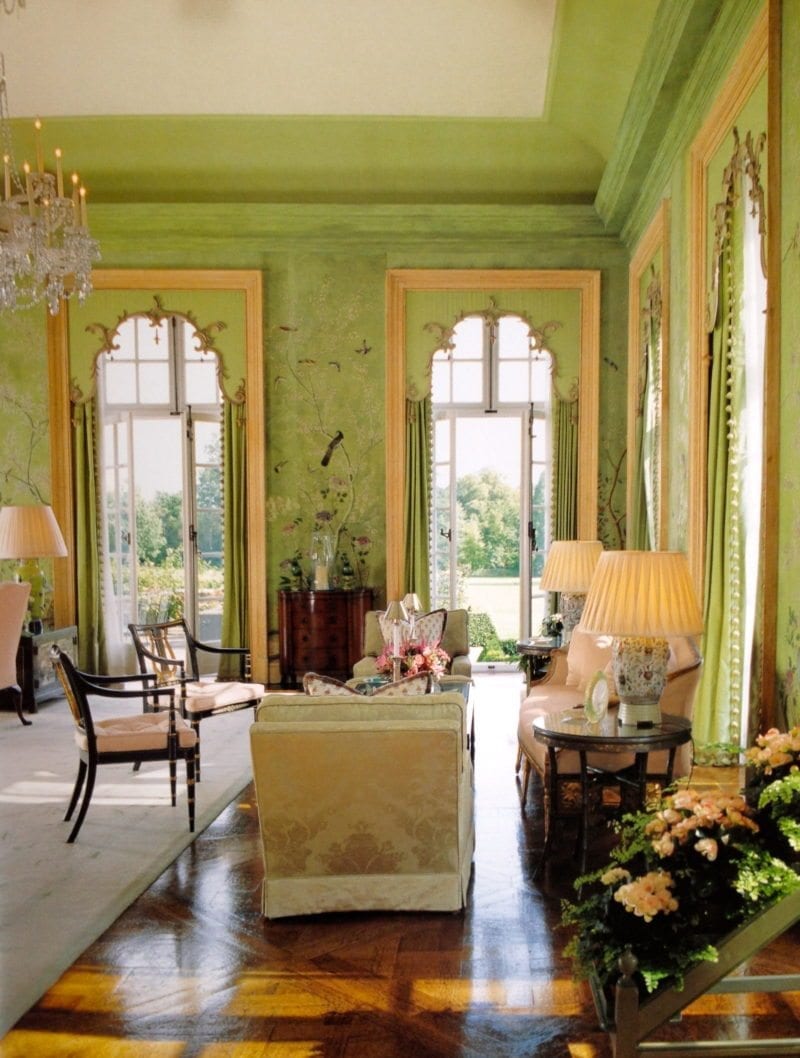 “It is often noted that the Winfield house restoration was completed by Billy Haines and Ted Graber, but there was a third decorator involved who is often not credited, Dudley Poplack. Winfield house was Billy’s last major project,” Gracie explains. 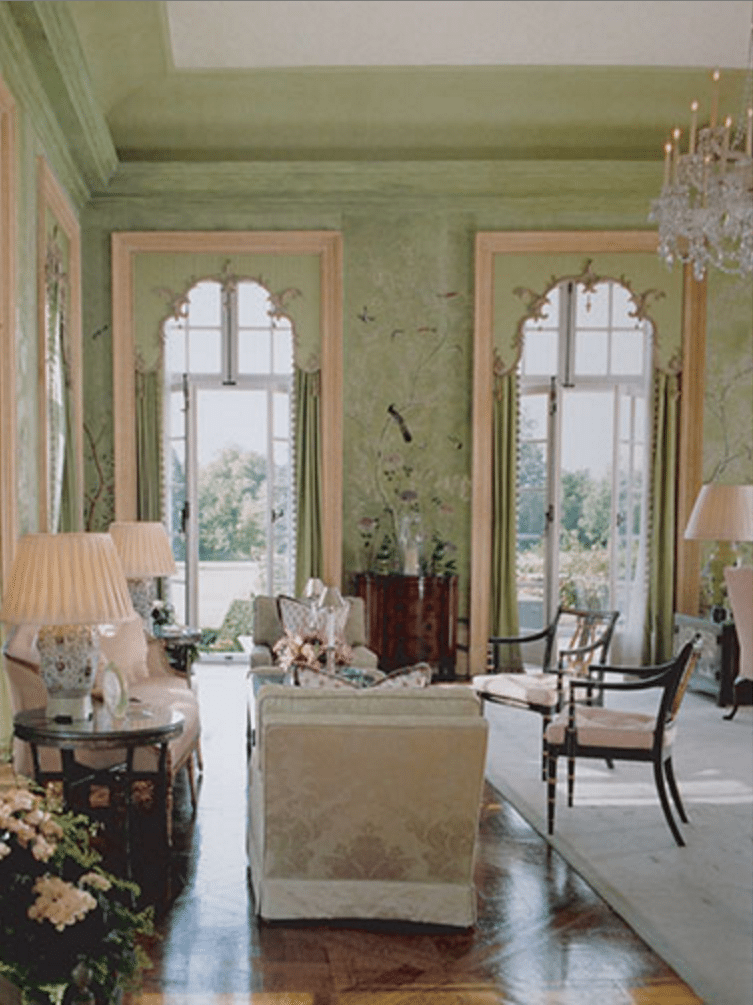 “As far as my work on re-creating the design for our current line, I will study the Winfield House book carefully, as well as look through our archives of photographs of antique wallpapers we have owned. I hope to find some of this original paper. Perhaps I will even be lucky enough to find a small scrap of the green background attached to an original black and white photo.

We can create marvelous backgrounds which truly look like restored 18th century wallpapers. We do this by using rice paper, and re-creating the patina that naturally occurs when old wallpapers are removed, conserved, and reinstalled elsewhere. I may choose to do samples in this very antique style, as well as a fresher approach, to see which I like better, and to offer options to clients. I will carefully make paint selections, and specify what fruit and flowers should be which individual colors, on a palette I will create for our artists to follow,” said Gracie. 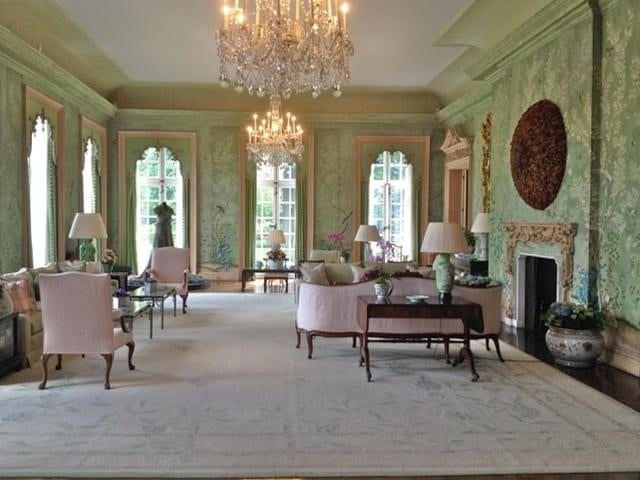 From Winfield House by Maria Tuttle 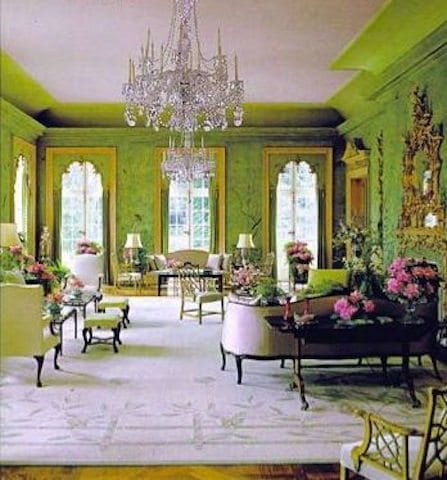 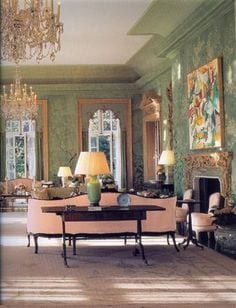 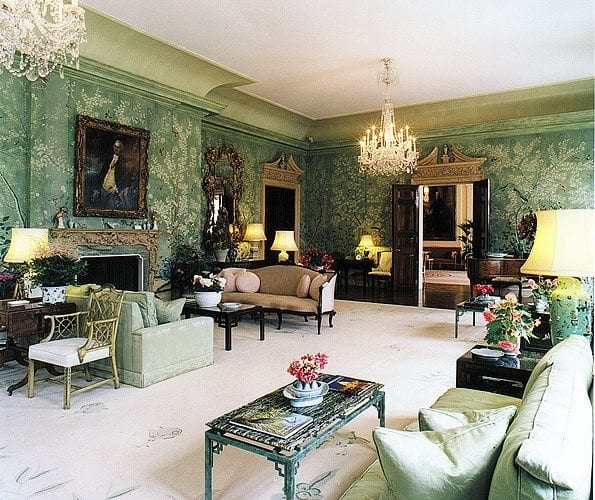 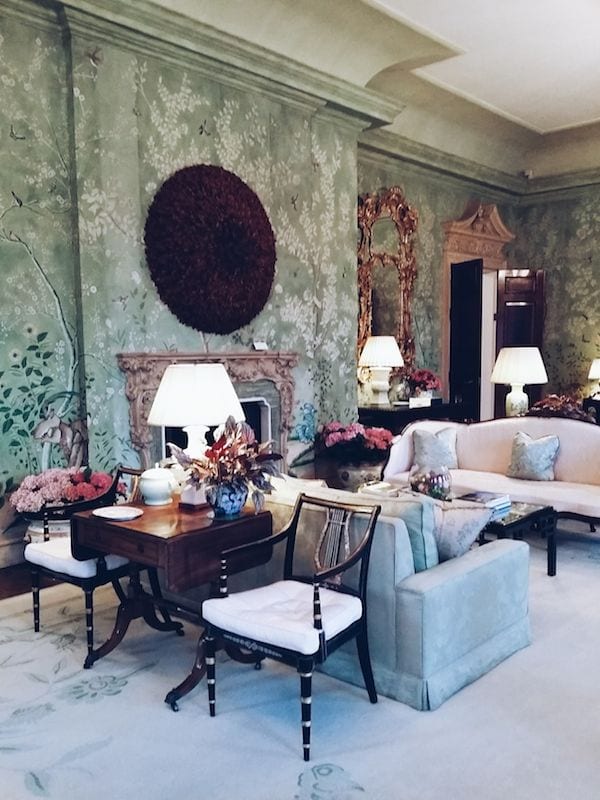 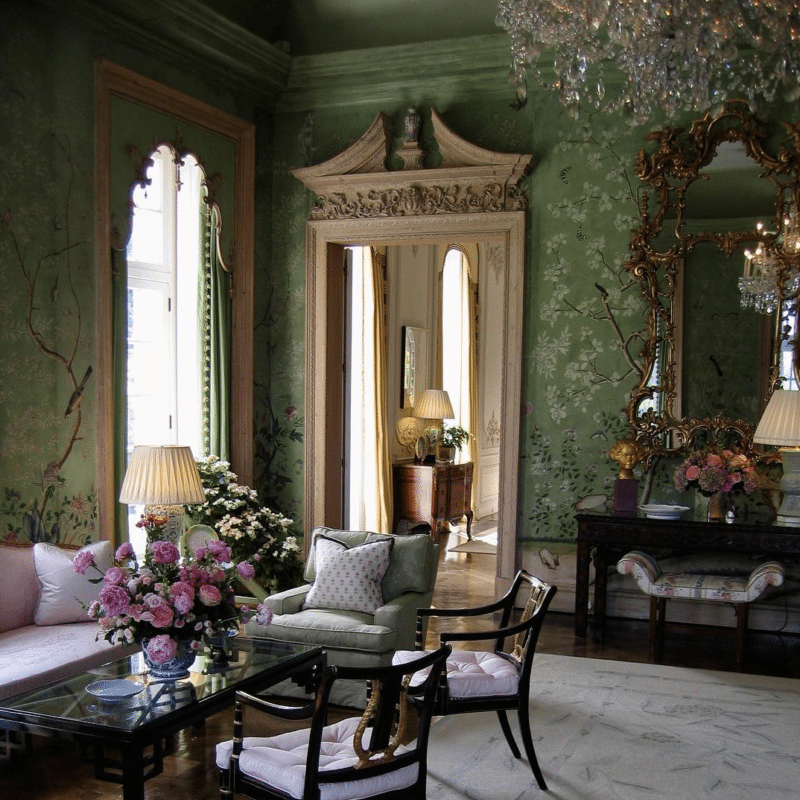 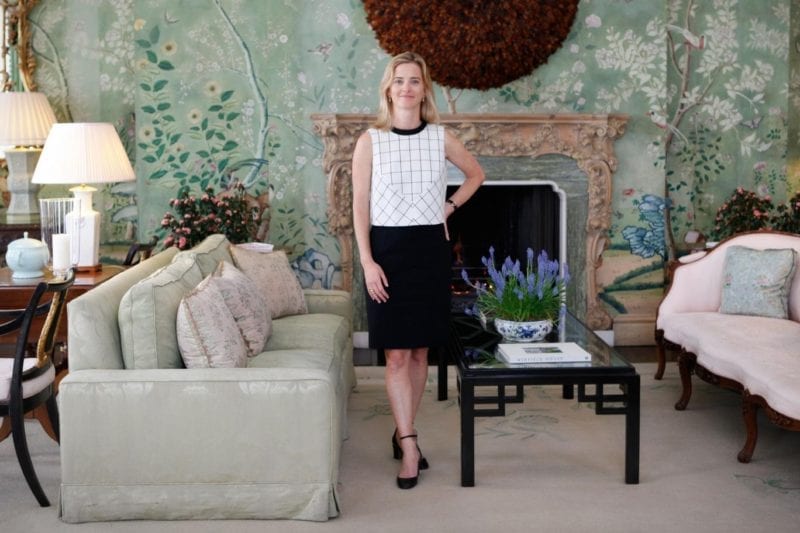 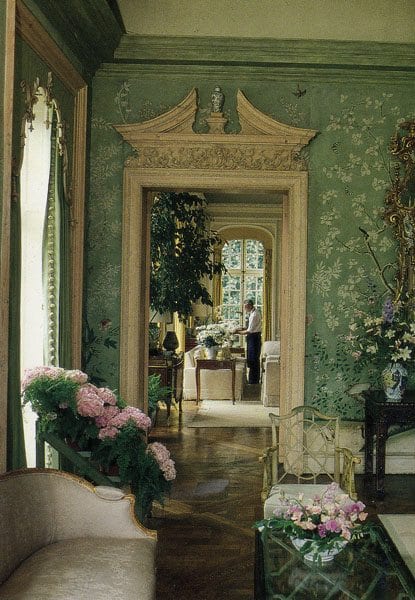 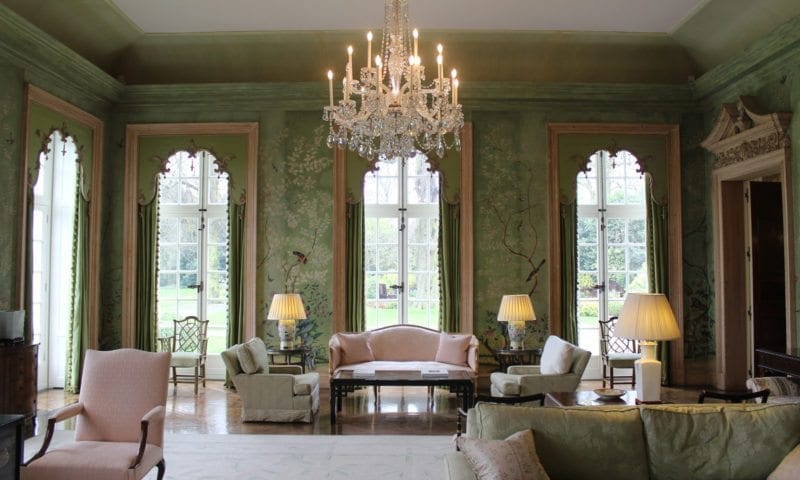 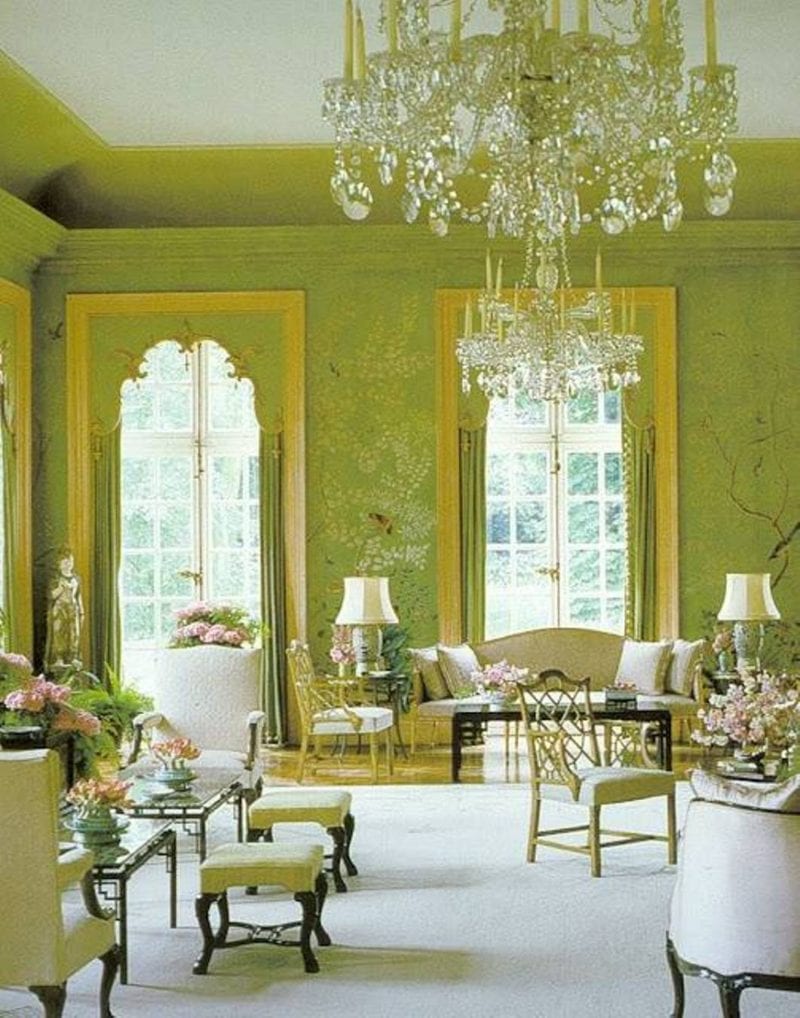 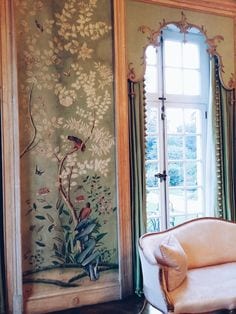 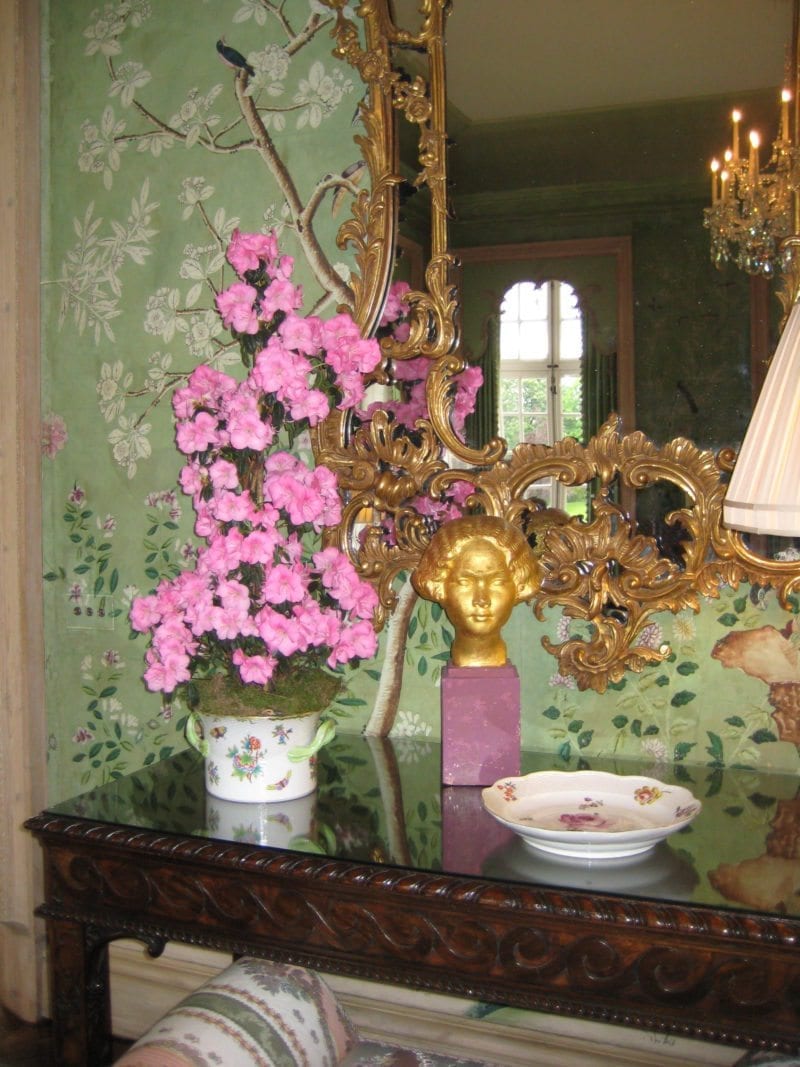 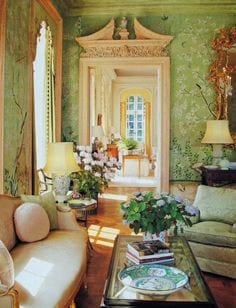 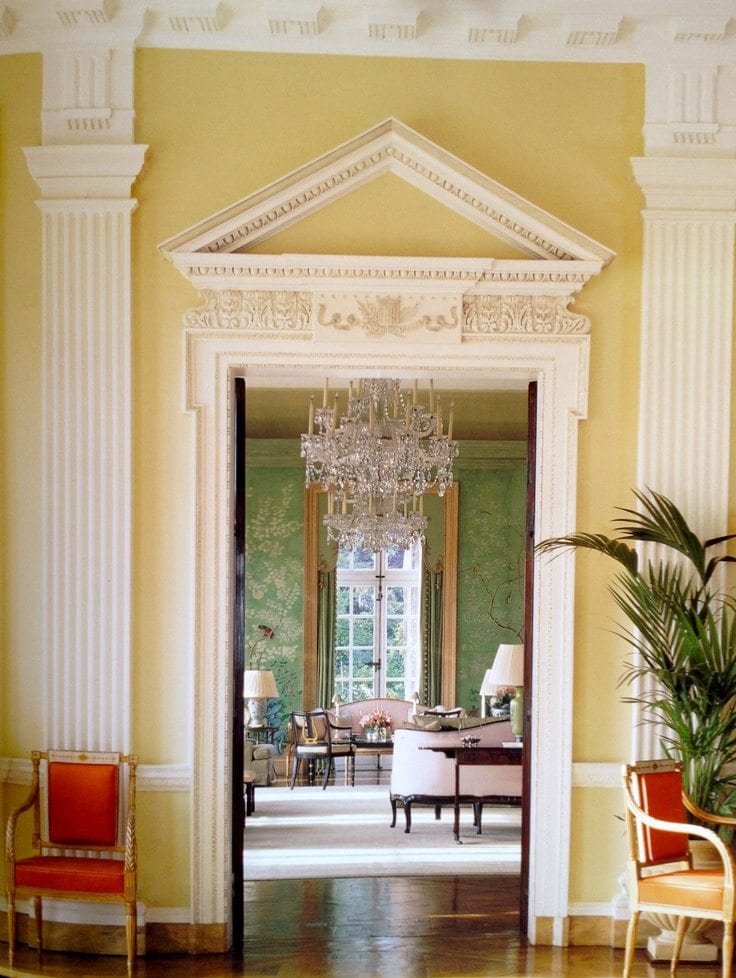 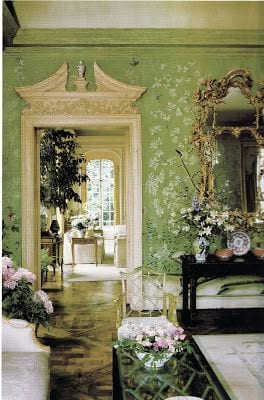 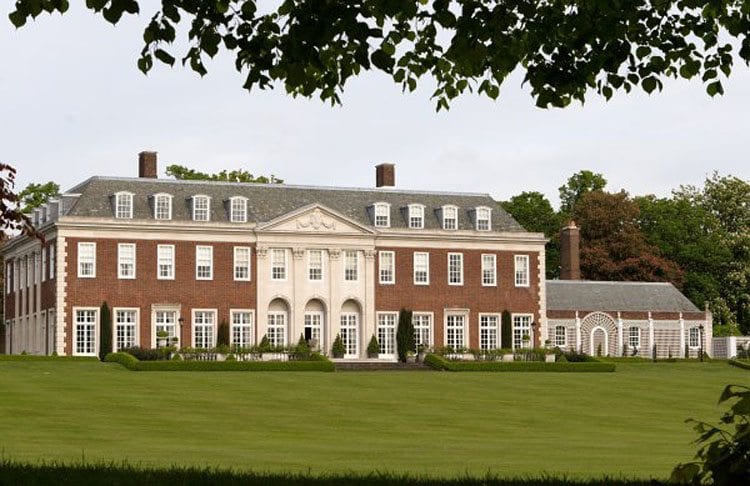 The Garden Room at Winfield House is truly one of the most beautiful and iconic rooms in the history of interior design. For someone who is passionate about history, preservation, and tradition, I simply could not be more excited to see Gracie’s new papers! Additional information may be obtained through Gracie, and for daily inspiration, Gracie’s Instagram is my very favorite account.