The Glam Pad loves things with history and tradition, and Burleigh pottery, hand made in England since 1851, is a timeless classic with a rich history.  Burleigh pottery is produced using the original 19th century machinery, and it has been hand decorated in the same way for 200 years using tissue transfer printing, where the designs are transferred from a hand-engraved copper roller onto tissue paper and then onto the pottery. Burleigh is the last pottery in the world to use this traditional technique.

In 2010, Middleport Pottery (where Burleigh is produced) was on the brink of closure. The buildings were in such a state of disrepair the business appeared destined to close. But the Pottery was considered a national treasure and much loved by the local community, so in June 2011 The Prince’s Foundation and the United Kingdom Historic Building Preservation Trust stepped in to save Middleport Pottery.  Following a three-year, £9 million regeneration, the restored Middleport Pottery reopened to the public in July 2014 and has since become a major visitor destination.

The Burleigh pottery collection features a range of patterns including Asiatic Pheasants (my favorite) – a much-loved oriental styled design with a history dating back to 1862; Blue Arden – a classic 19th Century pattern; Regal Peacock – first produced in 1913 in honor of King George V; Felicity – a delicate flower design from the 1930s; and Calico which was introduced in the 1960s.  Burleigh is surprisingly inexpensive, but it is difficult to find in the U.S. Fortunately, you can find an extensive inventory through Sasha Nicholas, located in St. Louis, Missouri. 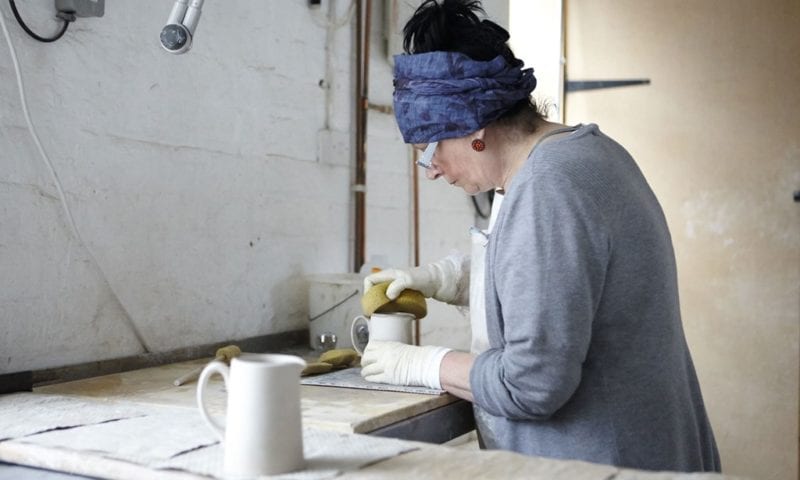 The clay for Burleigh pottery is produced from raw ingredients using original 19th century machinery. It is then given its shape by using either the casting or pressing method. Next, the dried clay is carefully sponged and fettled to smooth over the surface. (image via Burleigh) 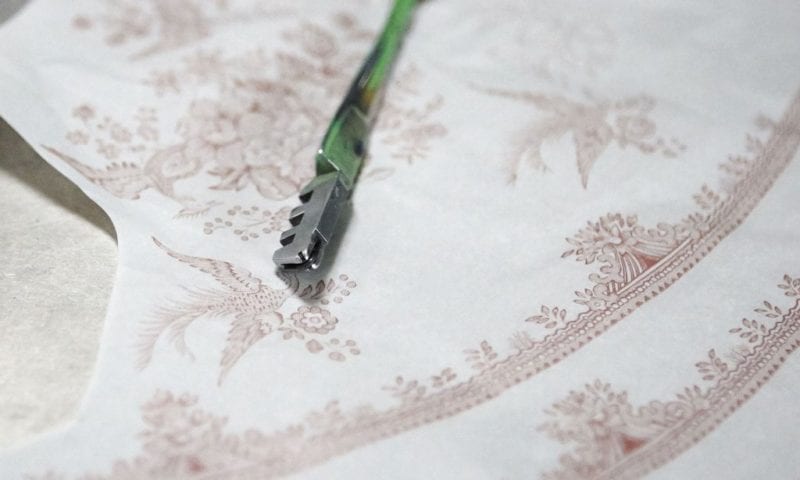 Burleigh pottery has been hand decorated in the same way for 200 years, using the skilled technique of tissue transfer printing. It is the last pottery in the world to use this traditional technique. (image via Burleigh) 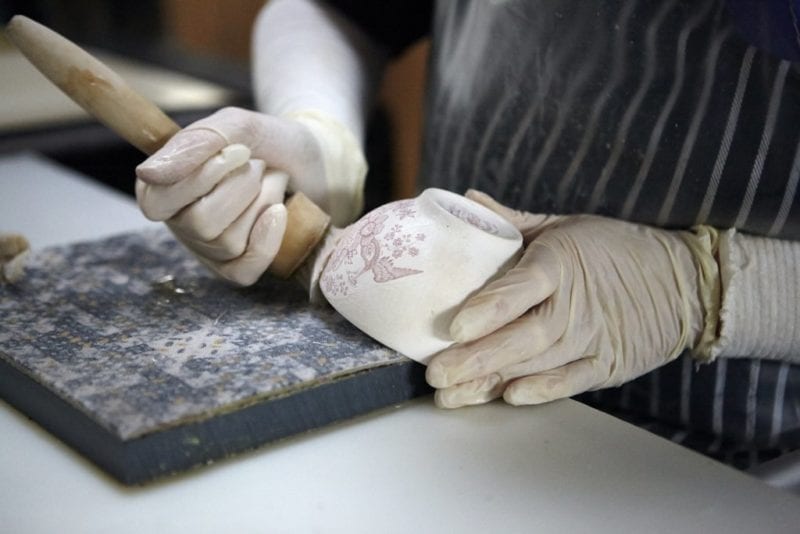 After firing to ‘biscuit’, the intricate decorating process begins. Tissue paper is first printed from a hand-engraved copper roller and is cut out by a transferrer. The tissue is applied to the biscuitware with a brush and soft soap to transfer the pattern. In order to harden and ensure the quality of Burleighware, the piece is then fired. Finally, the design is dipped in glaze and fired for a third time, setting the pattern underneath the glaze. (image via Burleigh) 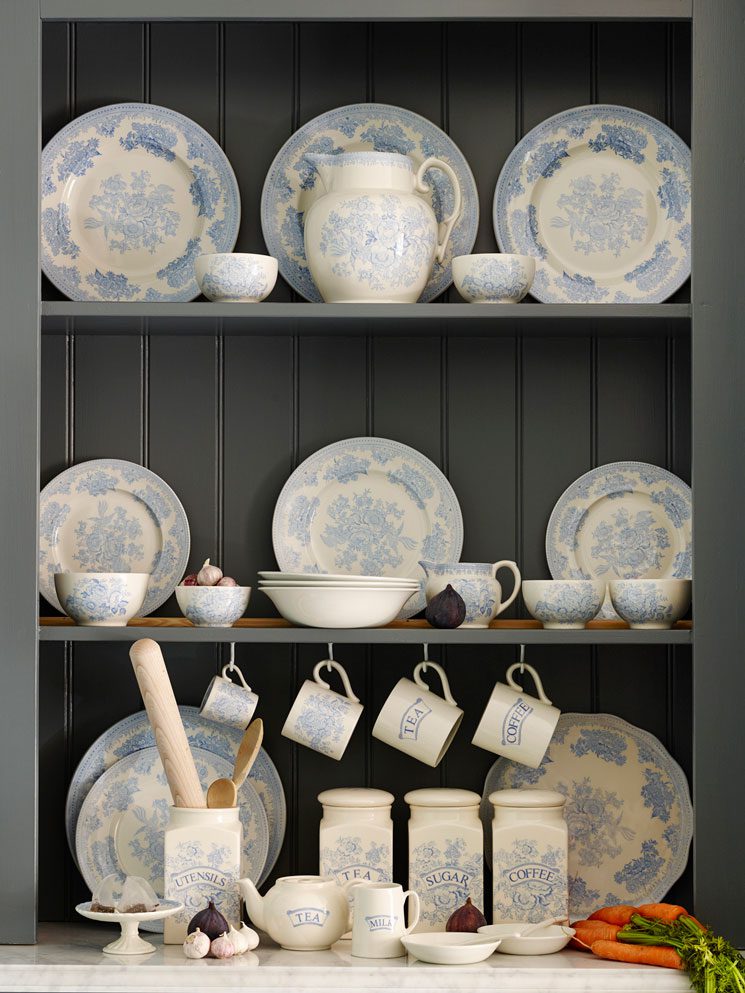 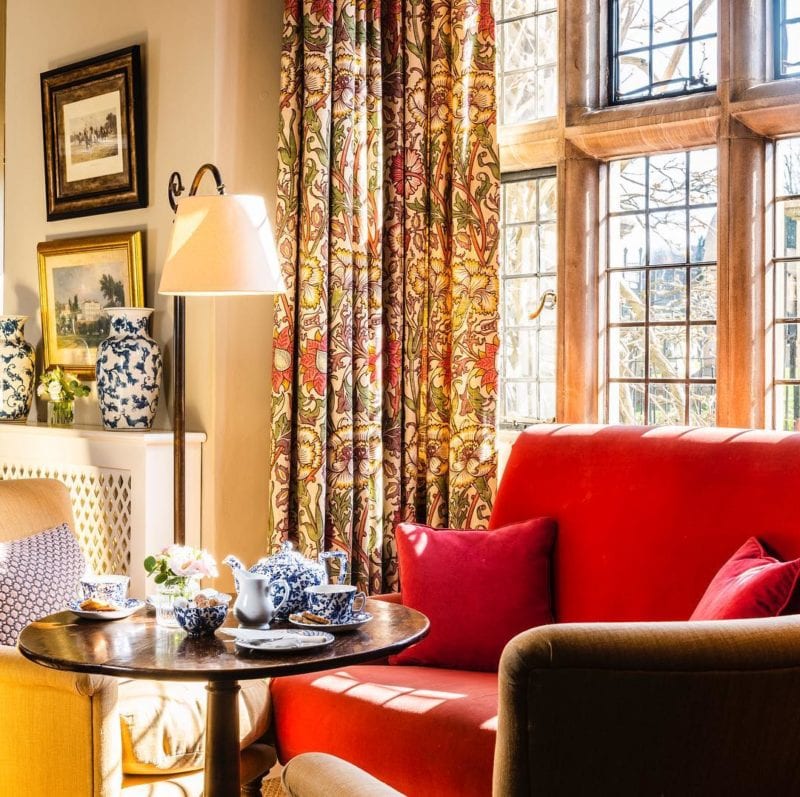 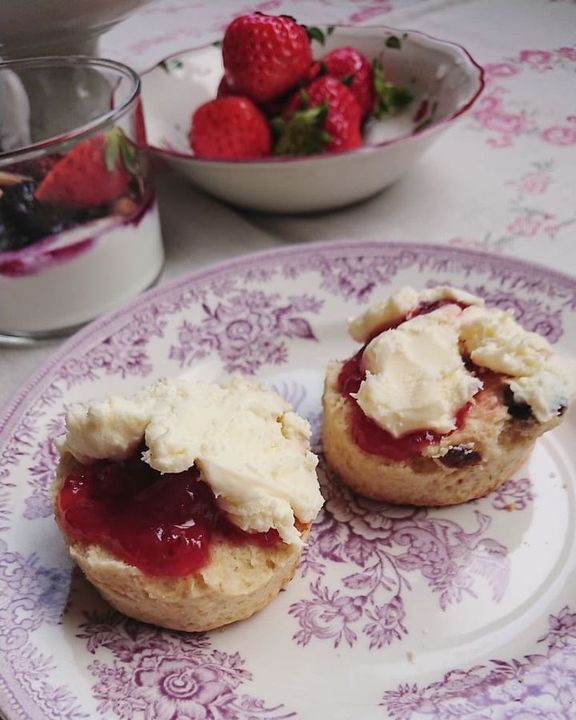 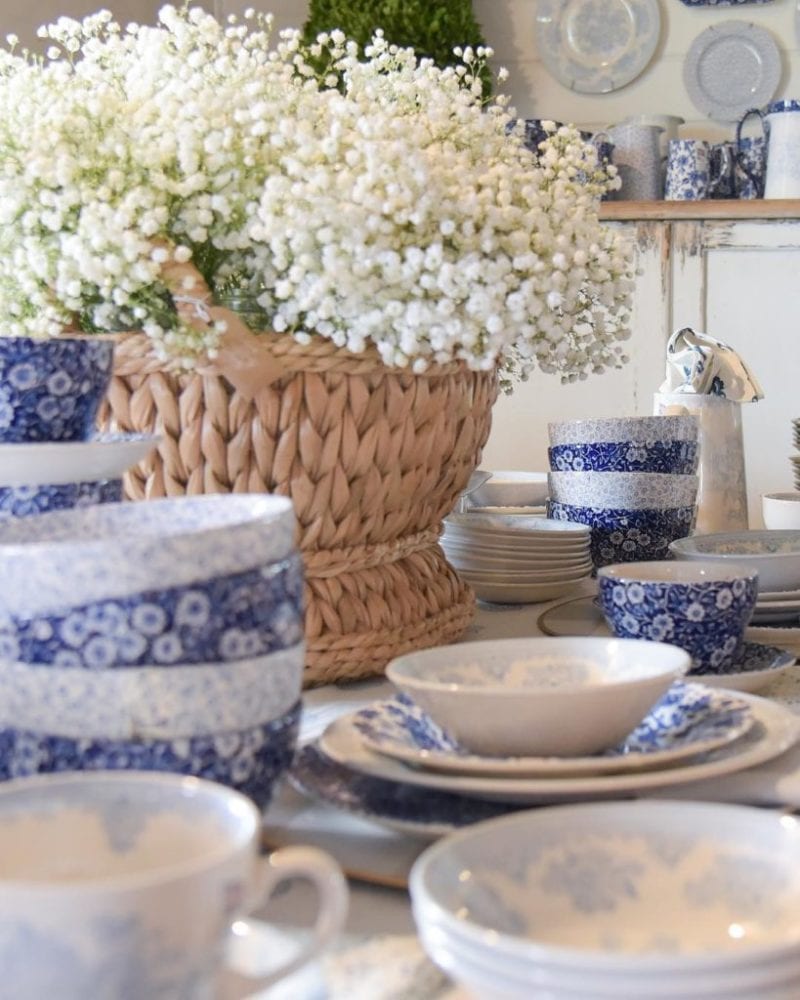 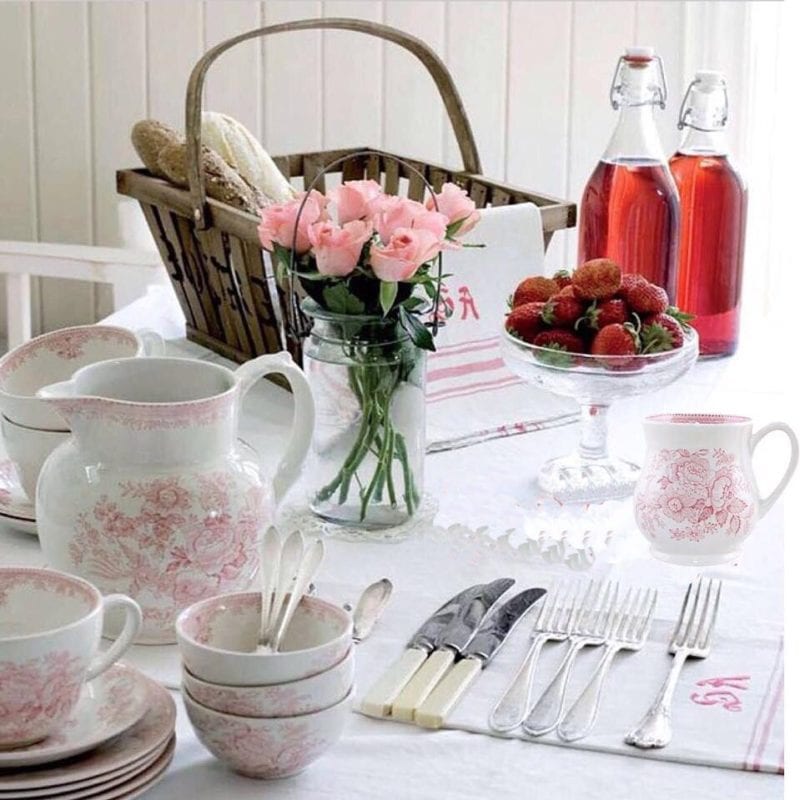 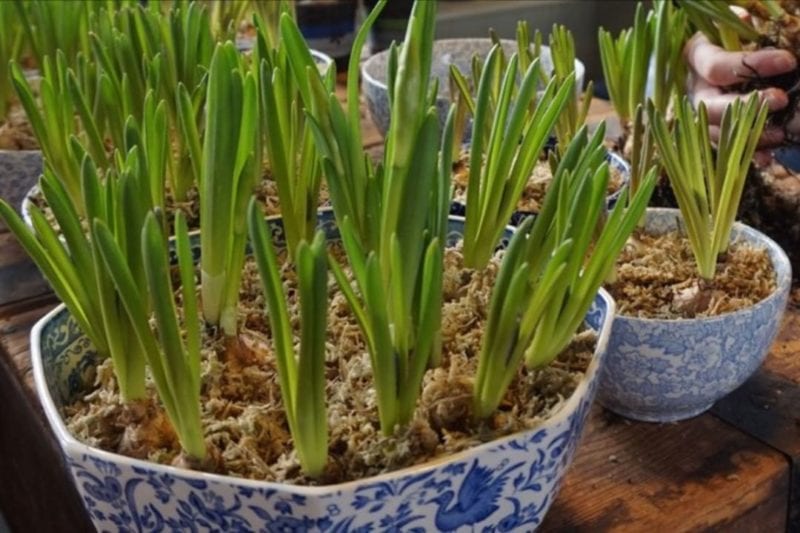 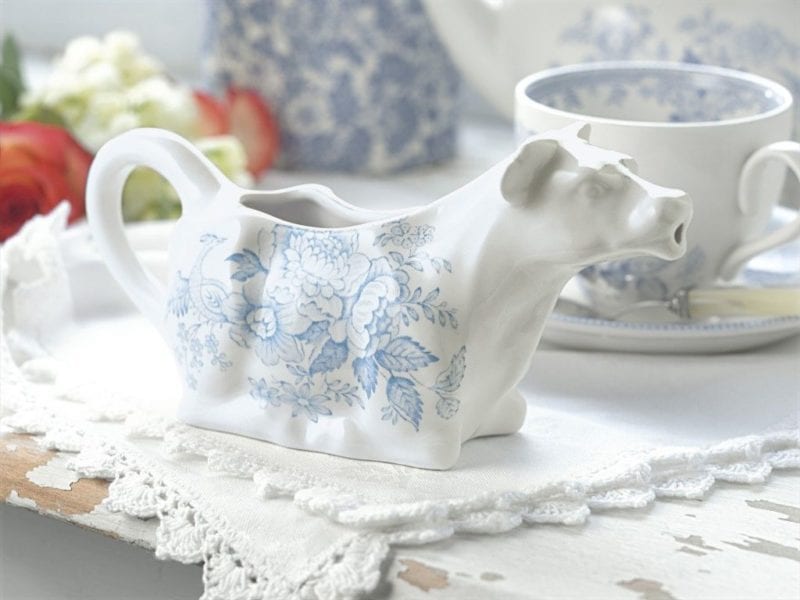 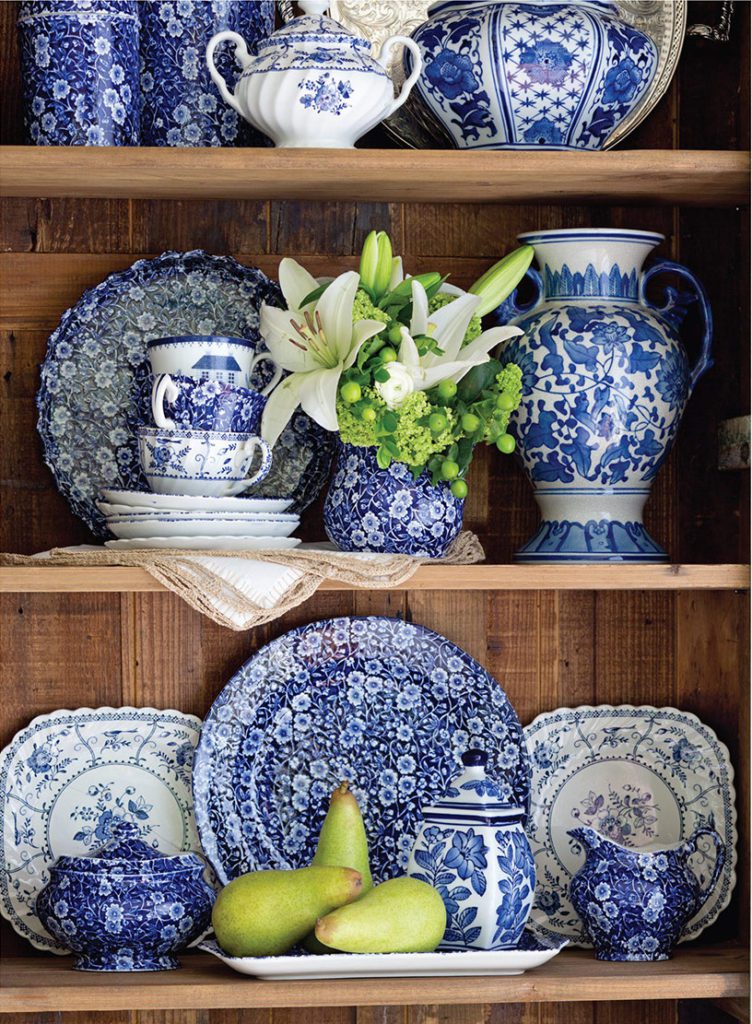 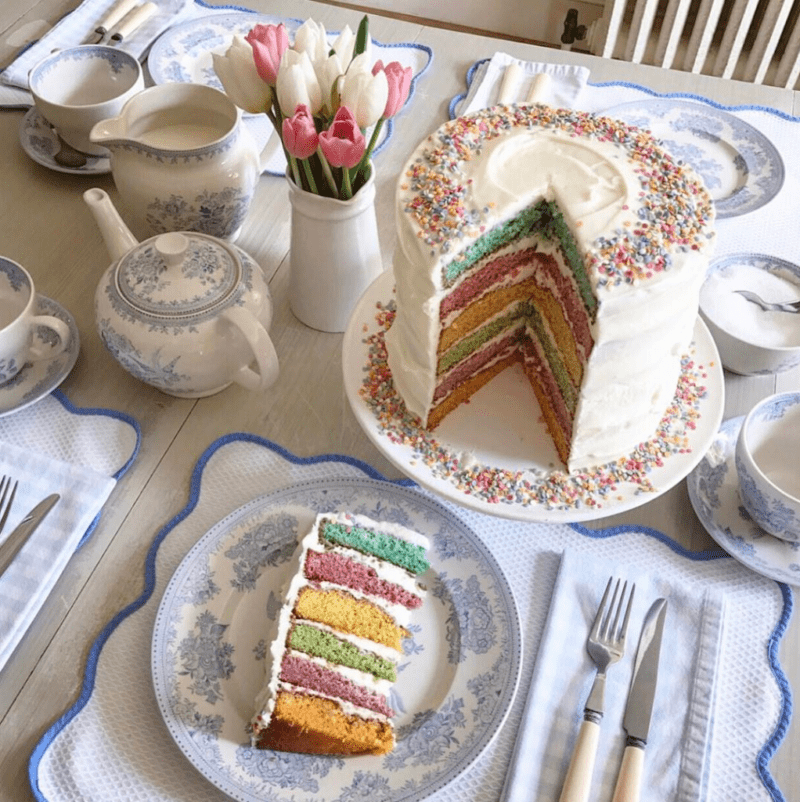 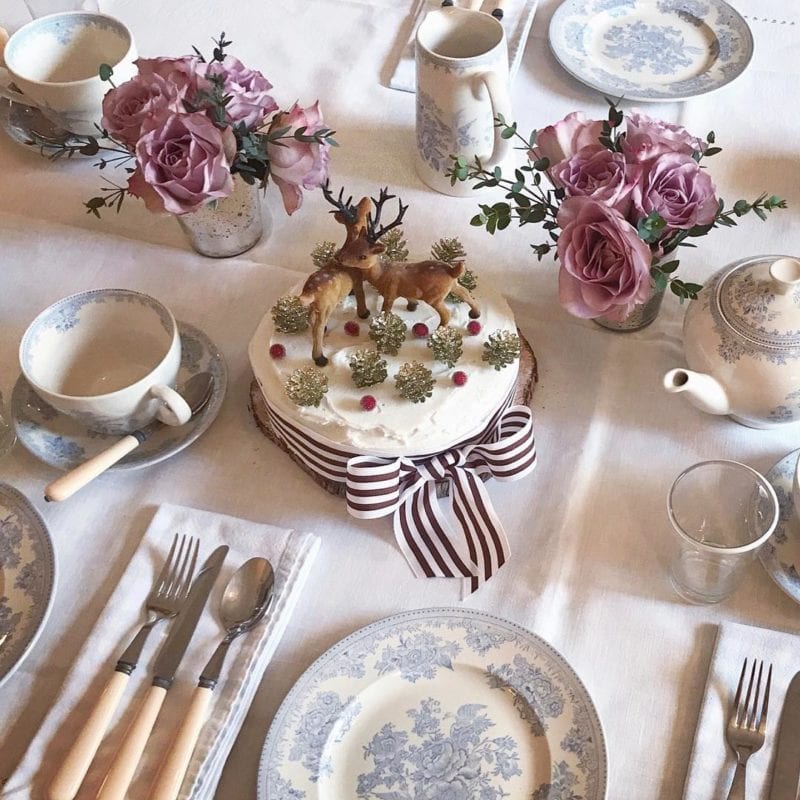 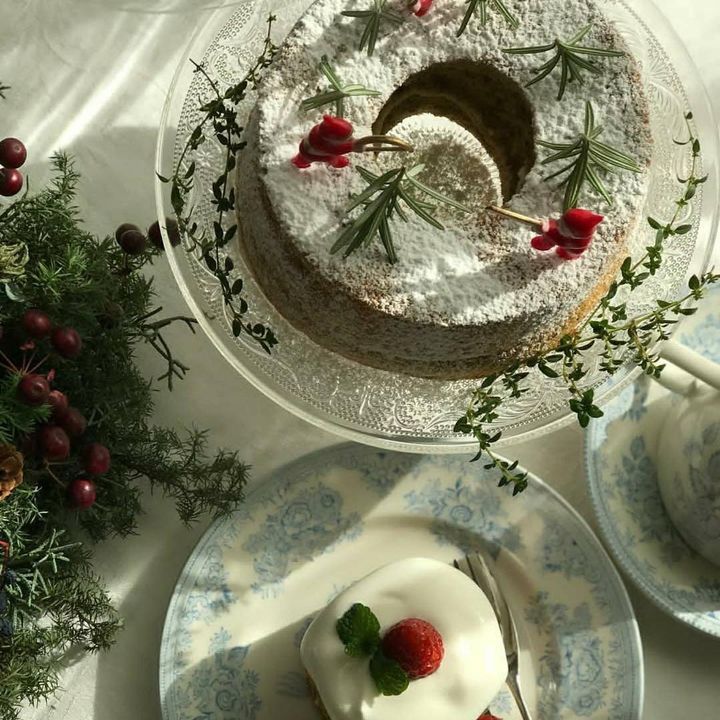 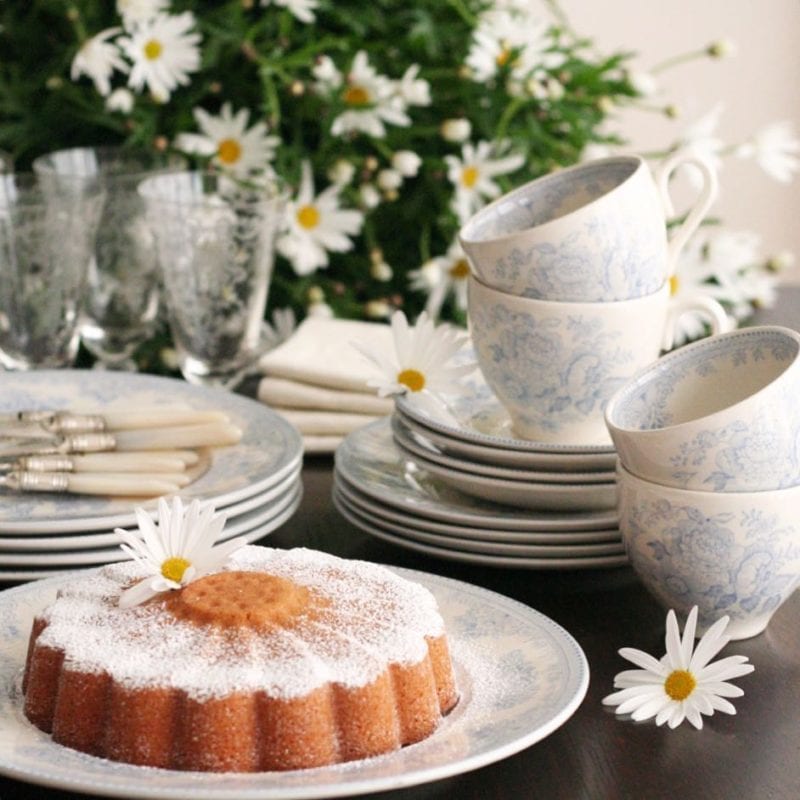 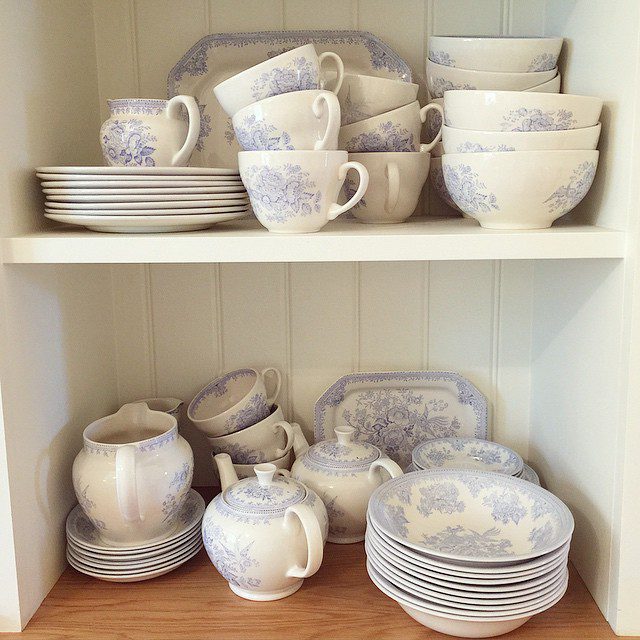 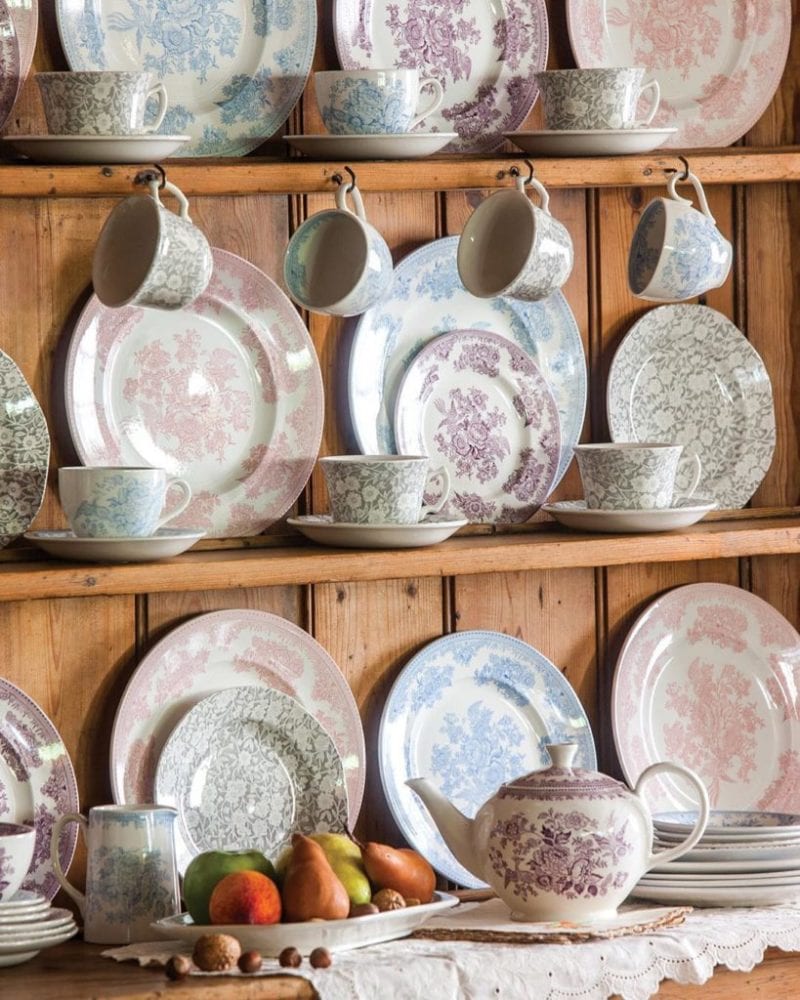 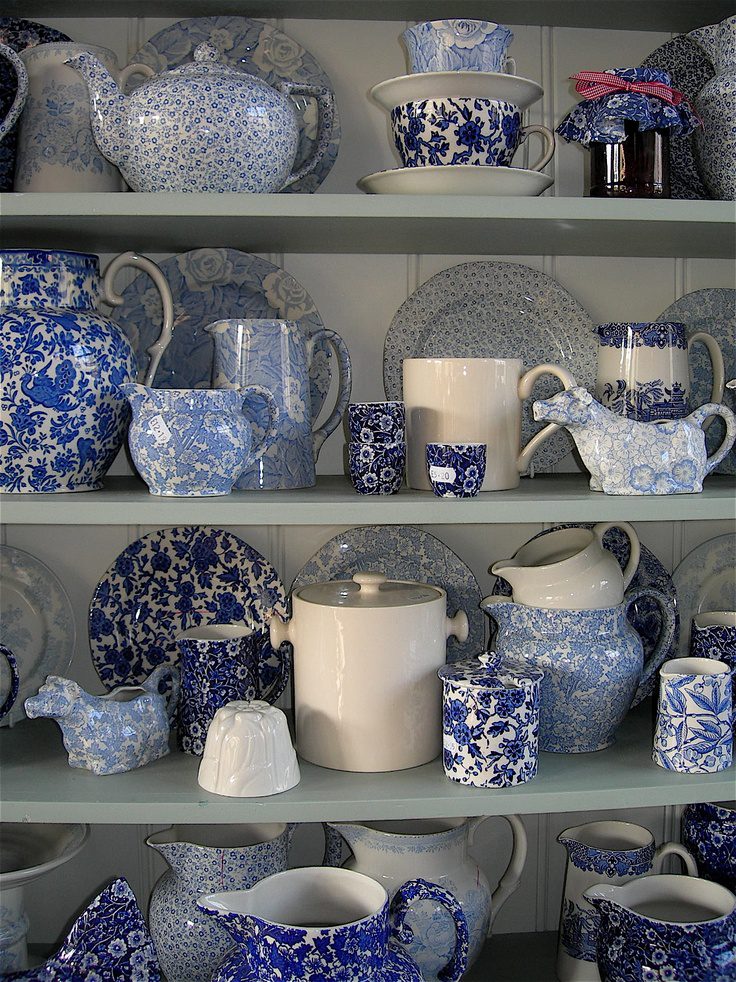 A mix of Burleigh patterns 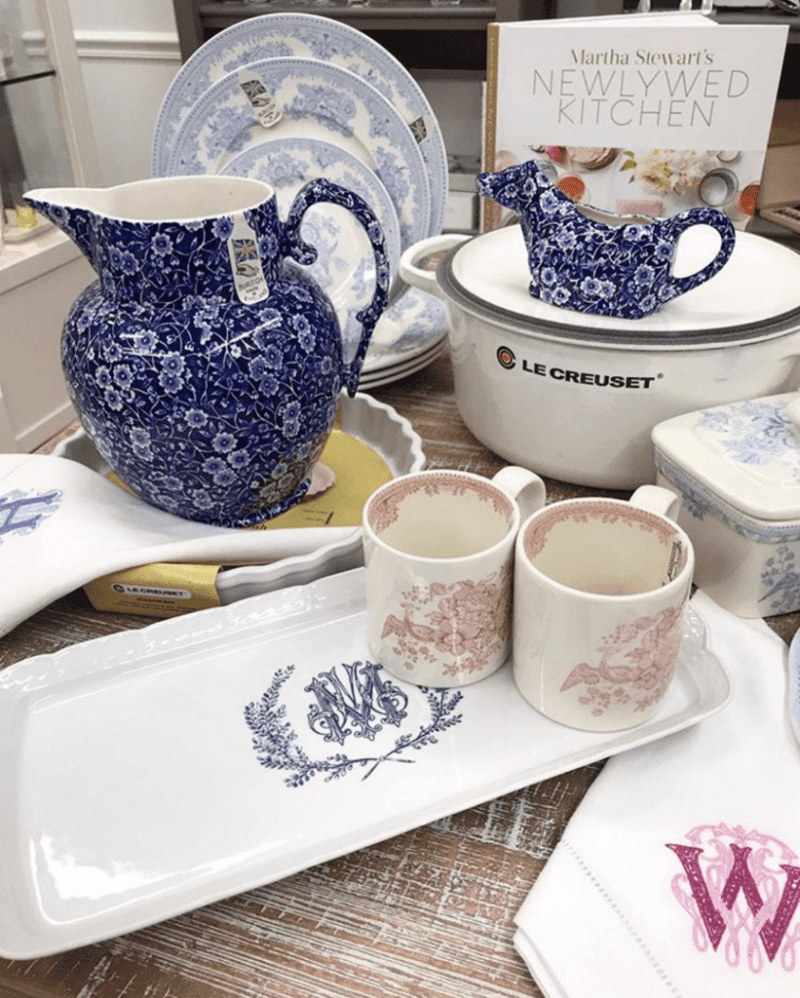 Burleigh pottery is available in a wide variety of tableware including teapots, cups and saucers, pasta bowls, plates, cake stands, serving dishes, and the iconic cow creamer, which is one of their most popular pieces.  To purchase within the United States, please visit Sasha Nicholas. With Mother’s Day just around the corner, a bit of Burleigh makes a lovely gift!