American entrepreneur Chris Burch (former husband of Tory Burch) had always dreamed of having an apartment in Paris, but when he found a majestic 1608 hôtel particulier for sale in Senlis, a cobblestoned village outside the city, he was sold. It needed a complete renovation, but the father of six knew the home would serve as the perfect respite for his family. The 10,000-square-foot house is landmarked on both the exterior and much of the interior, therefore it retained many of its 17th- and 18th-century floors, paneling, and beams. However, it had undergone poor renovations over time. “We wanted to bring it right back to the way it had been,” Burch said to Architectural Digest.

Burch’s friend Marco Scarani – who served as creative director of the project – secured French architect and decorator Michel Pinet.  Renowned for his work restoring several of the country’s most prized monuments historiques including Château de Versailles, Pinet also specializes in antique wallpapers and fabrics, many of which were used throughout Burch’s house.  Scarani and Pinet worked diligently together to maintain the feeling of a historic home while instilling 21st century functionality. “I said to Chris, ‘You want a home that looks like it’s been there forever, like you’ve lived in it,’” Scarani told Architectural Digest.  Mission accomplished. 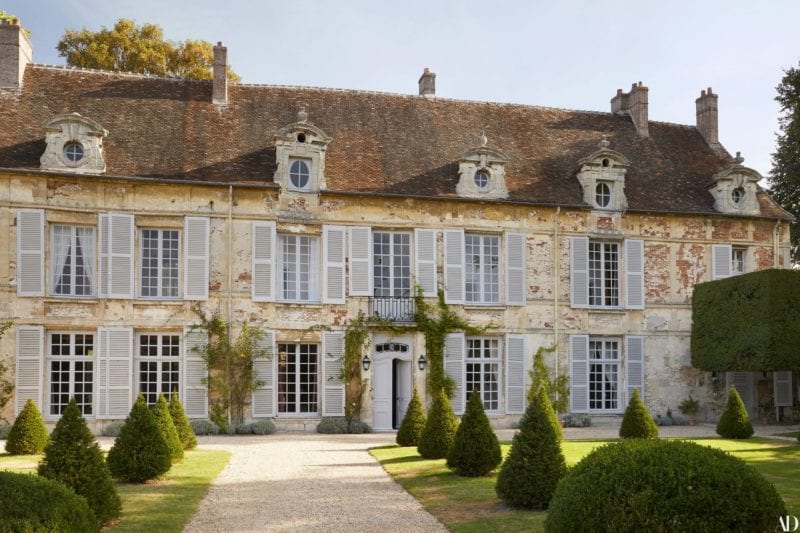 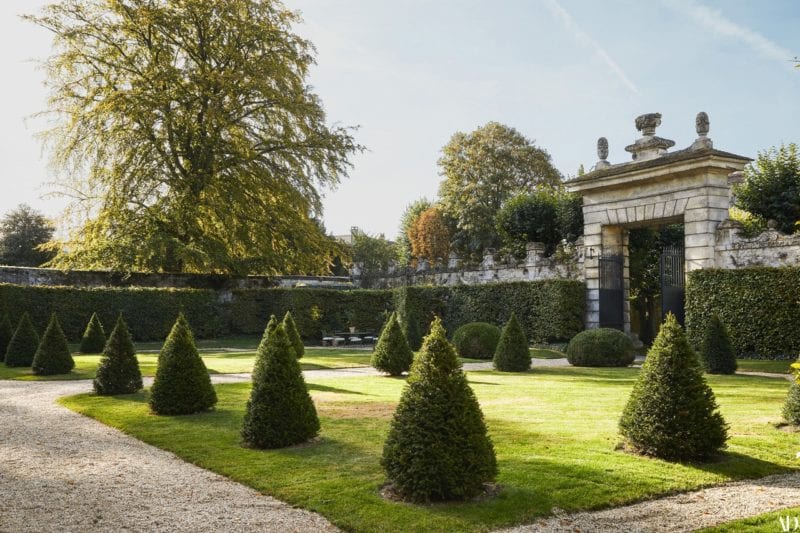 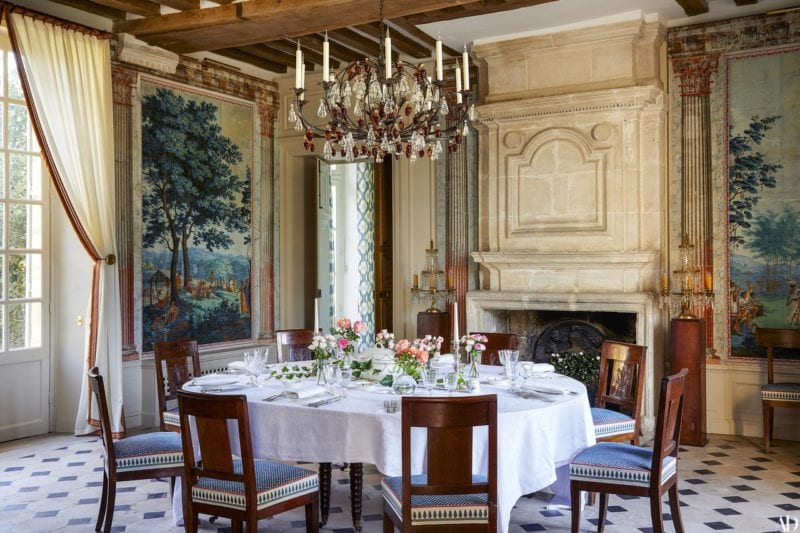 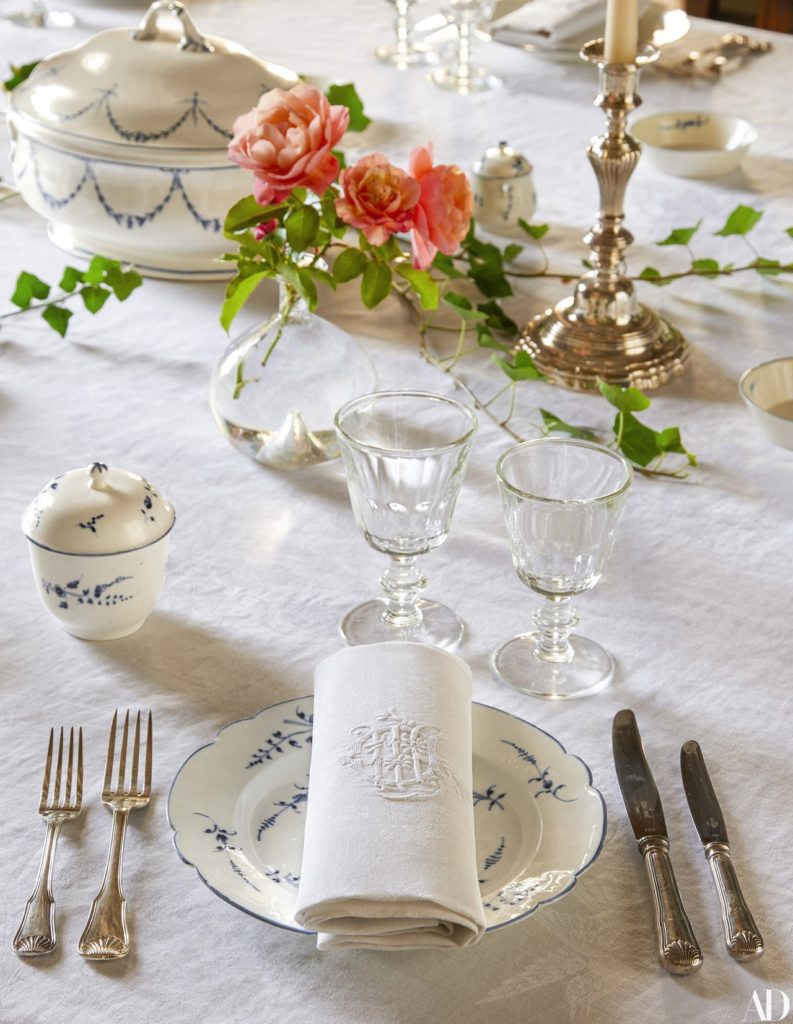 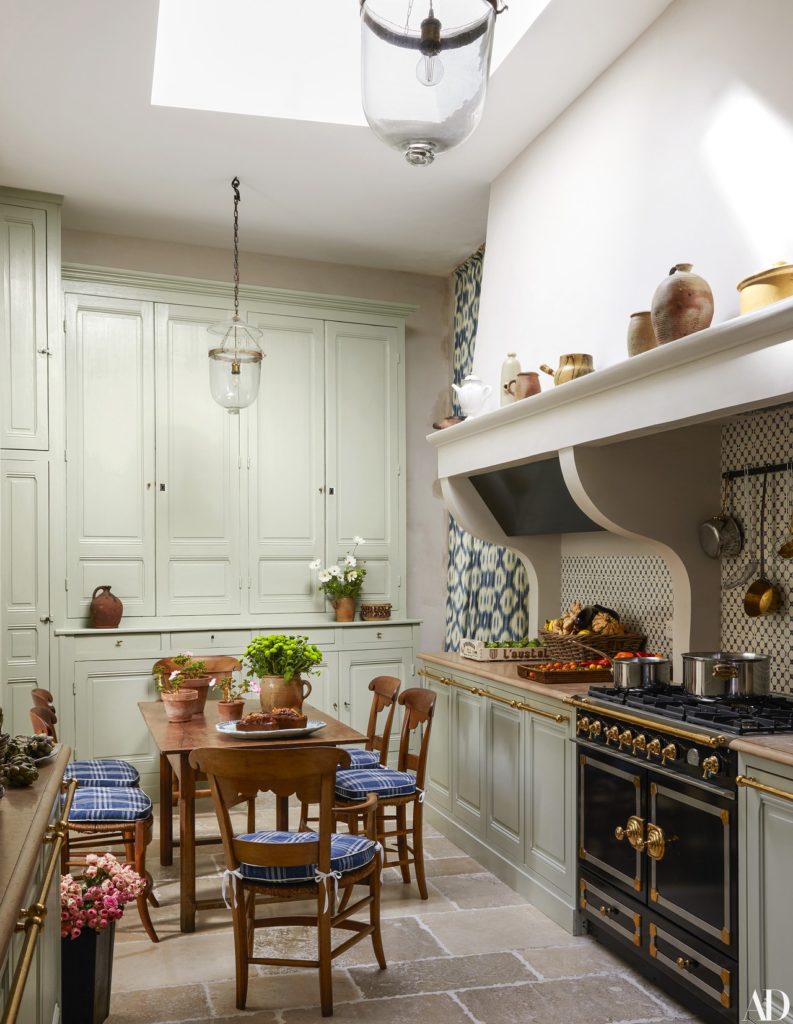 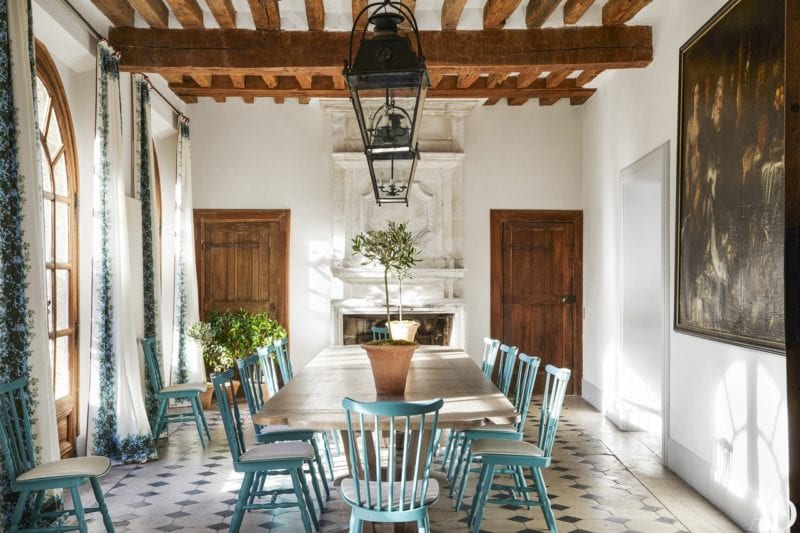 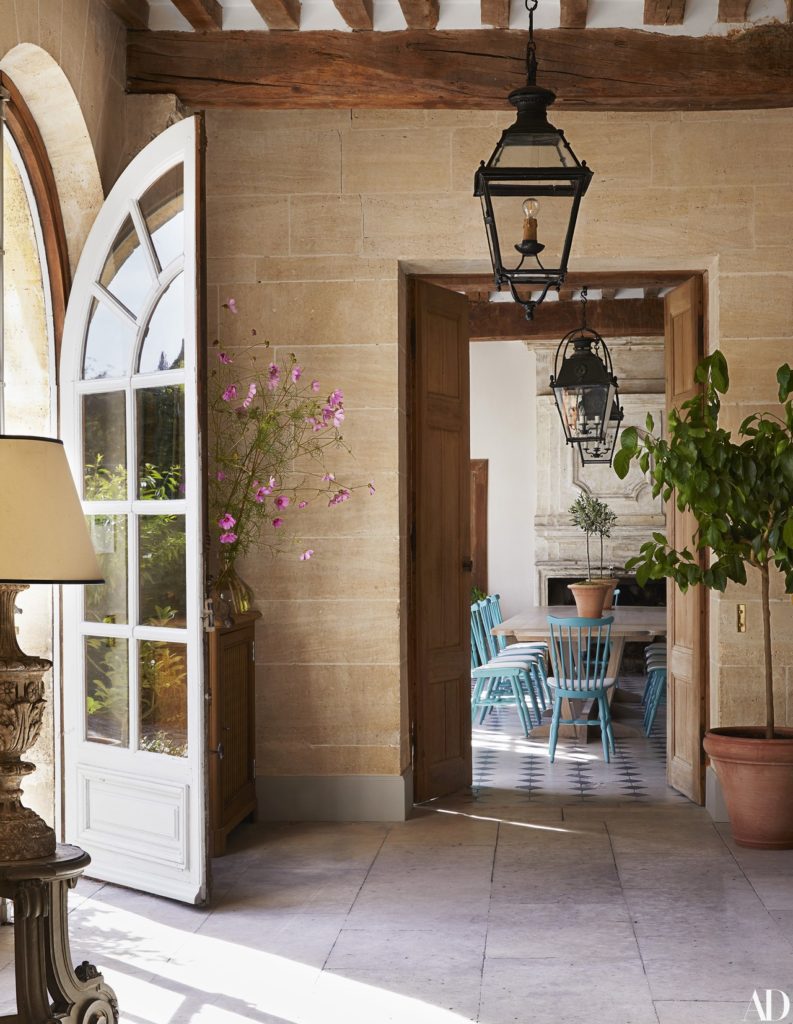 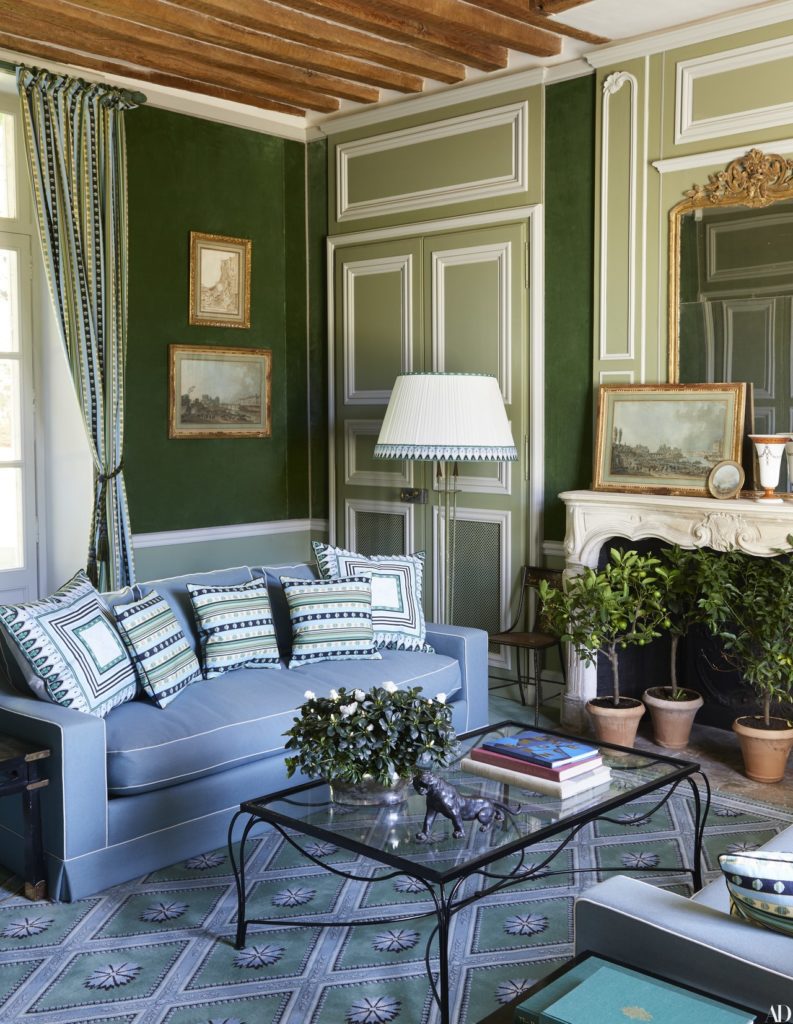 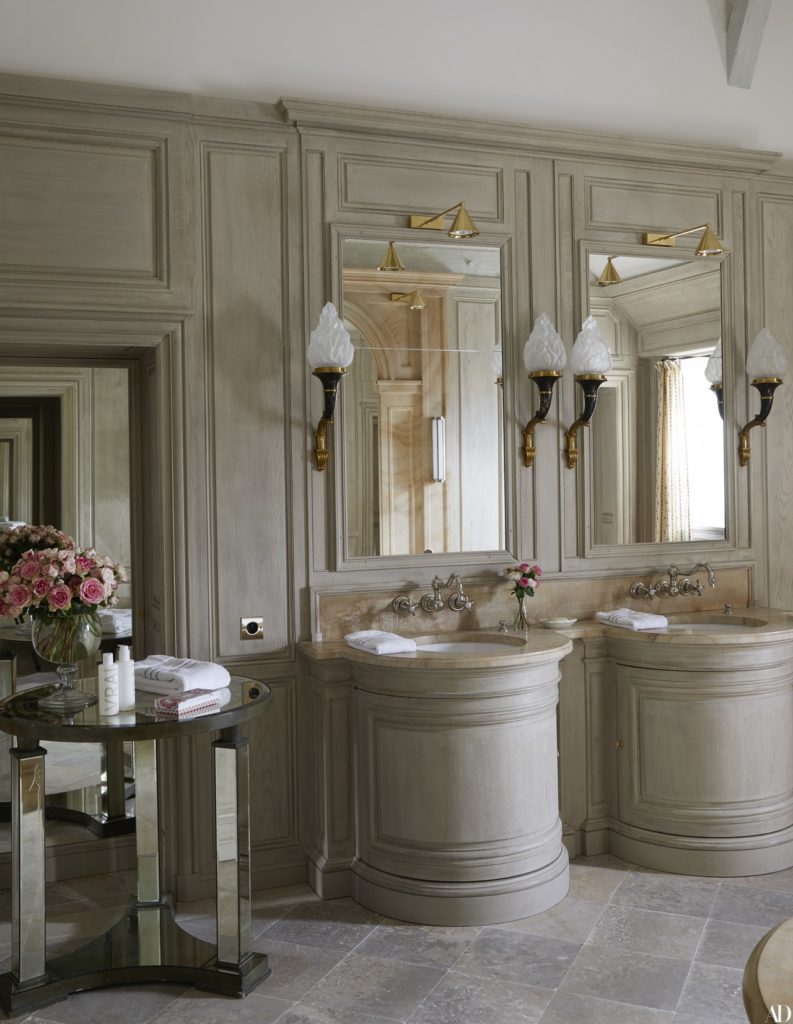 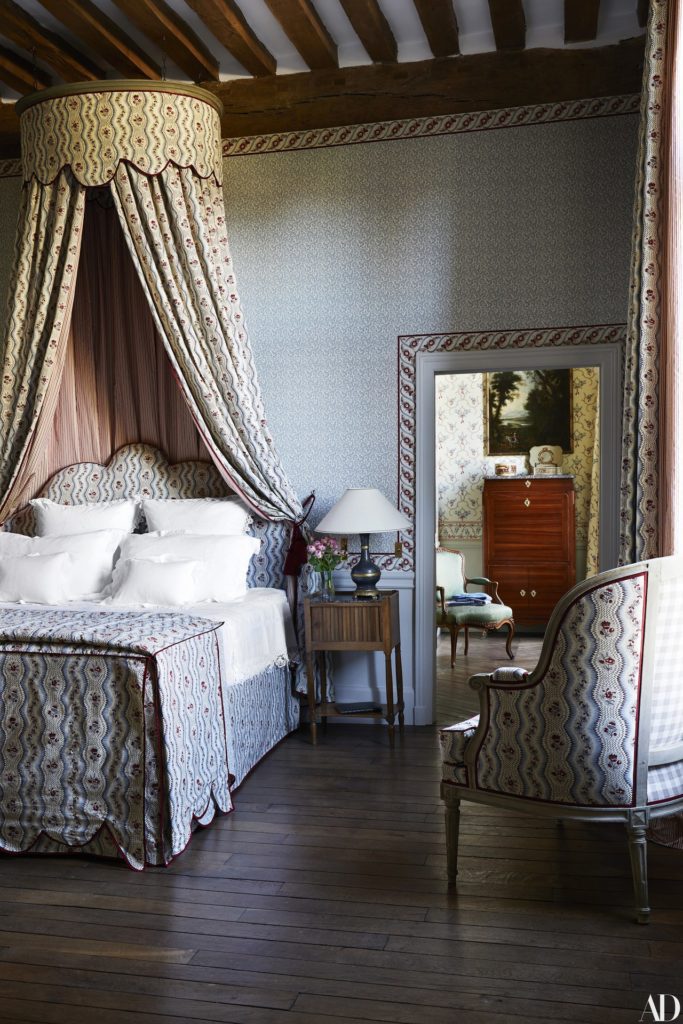 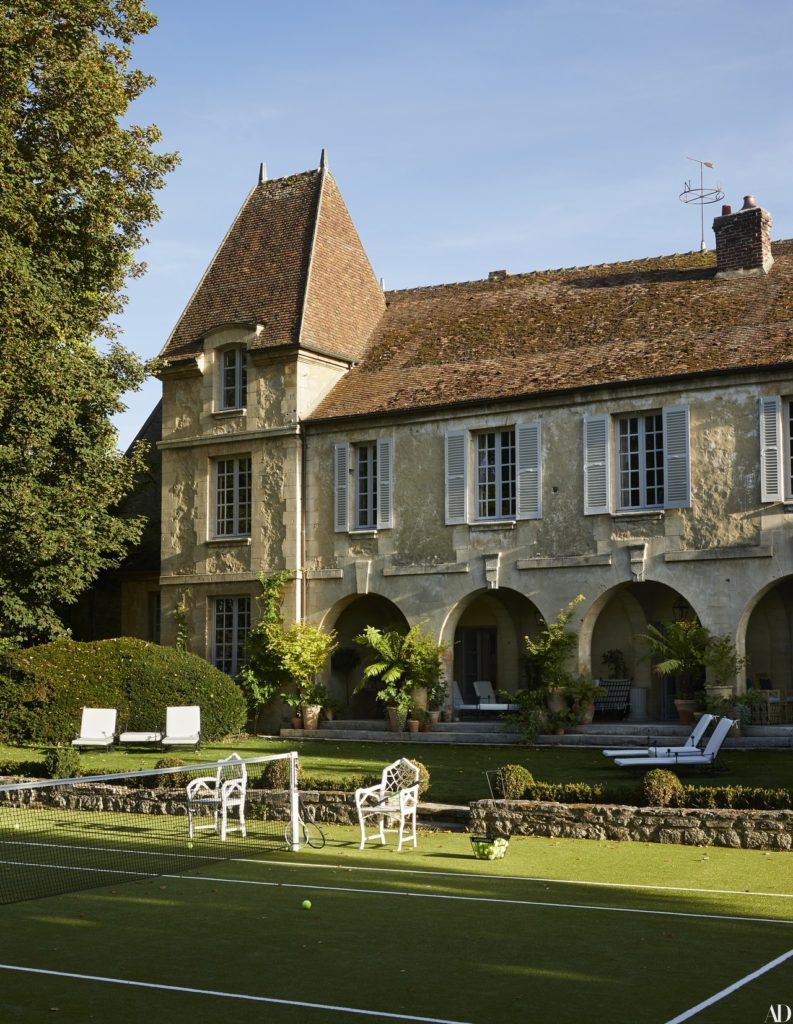 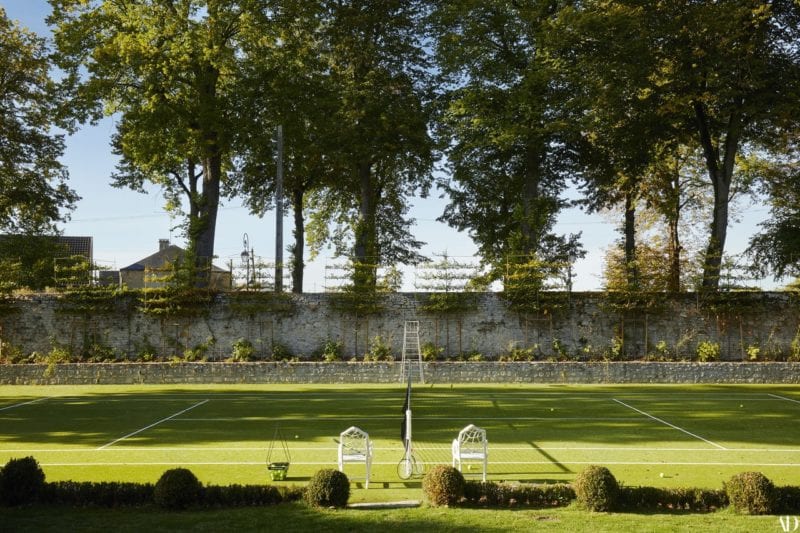 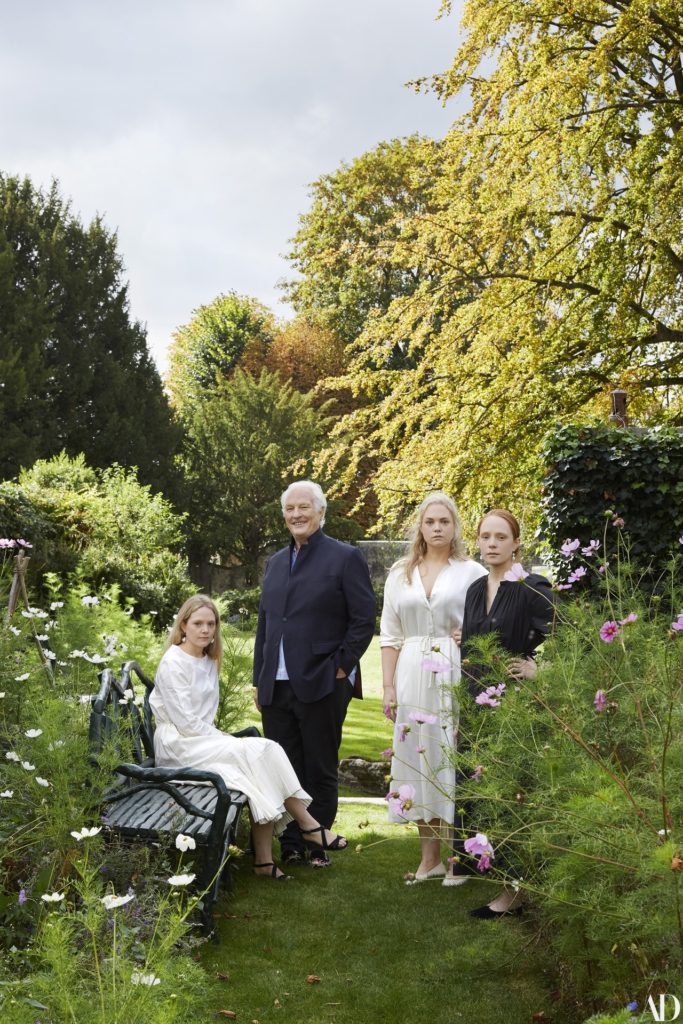 What a heavenly home and a historic gem! Interesting to note is the complete set of Joseph Dufour’s 1805 scenic panoramic depicting the voyages of Captain Cook. Burch “bought them for nothing” at auction, and Pinet redesigned the original moldings and columns in the formal dining room to perfectly frame the panels. I also noted Madeleine Castaing’s Rayure Fleurie on the curtains in the breakfast room, a print selected by Louisa Burch. Louisa’s stepmother (Tory) also has this fabric in her dressing room!

The gardens were designed by English landscape designer Tania Compton. There’s a vegetable patch, orchards, chickens, and even a rabbit. “I wanted to really make an effort to do things the way they were done a long time ago,” said Burch. To learn more, please visit Architectural Digest, or purchase a copy of the May 2019 issue on newsstands now. You can also catch a few additional glimpses inside this home by following @marcoscarani and Jamie Creel, Scarani’s partner, @creelandgow on Instagram. 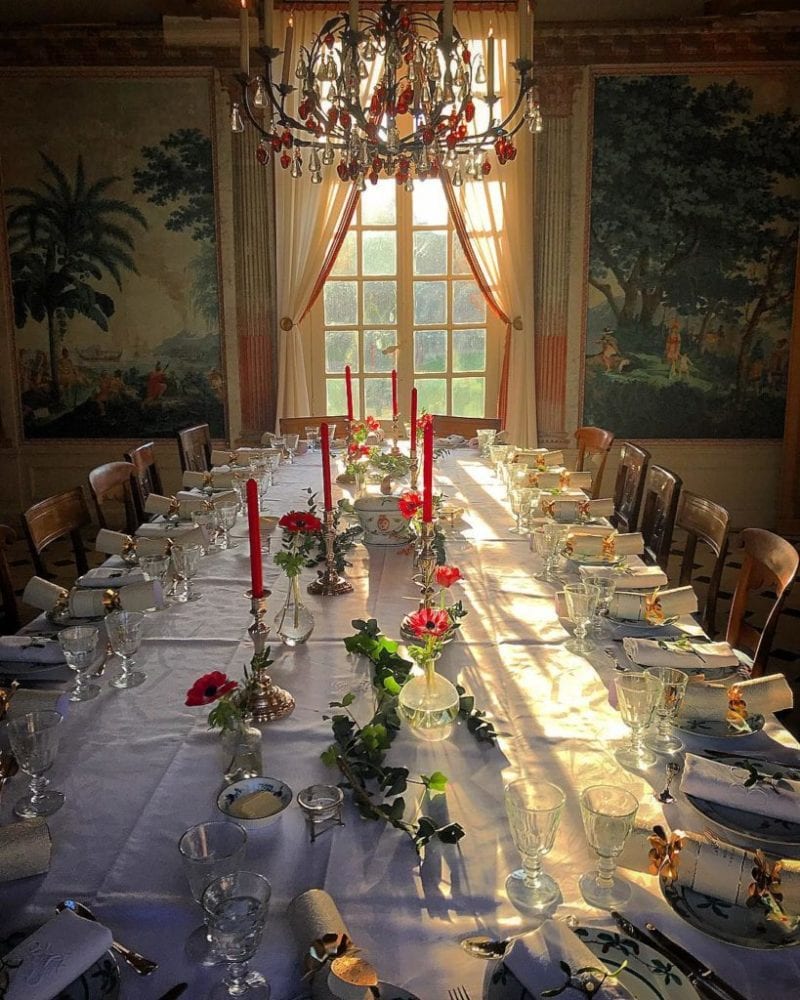 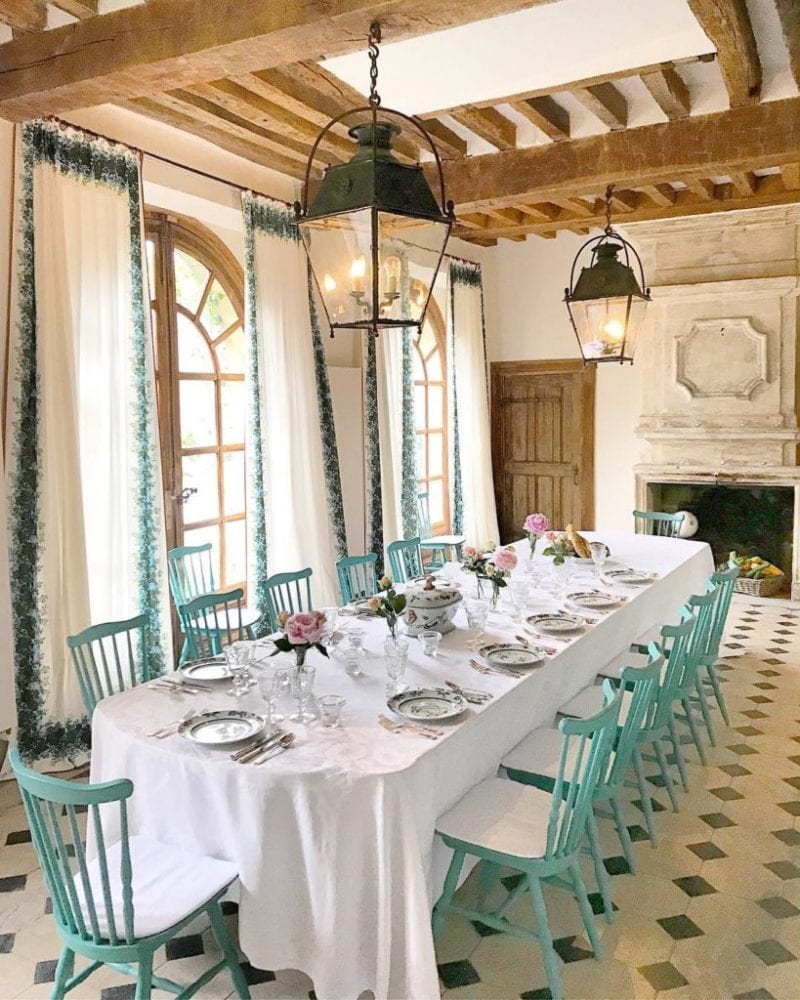 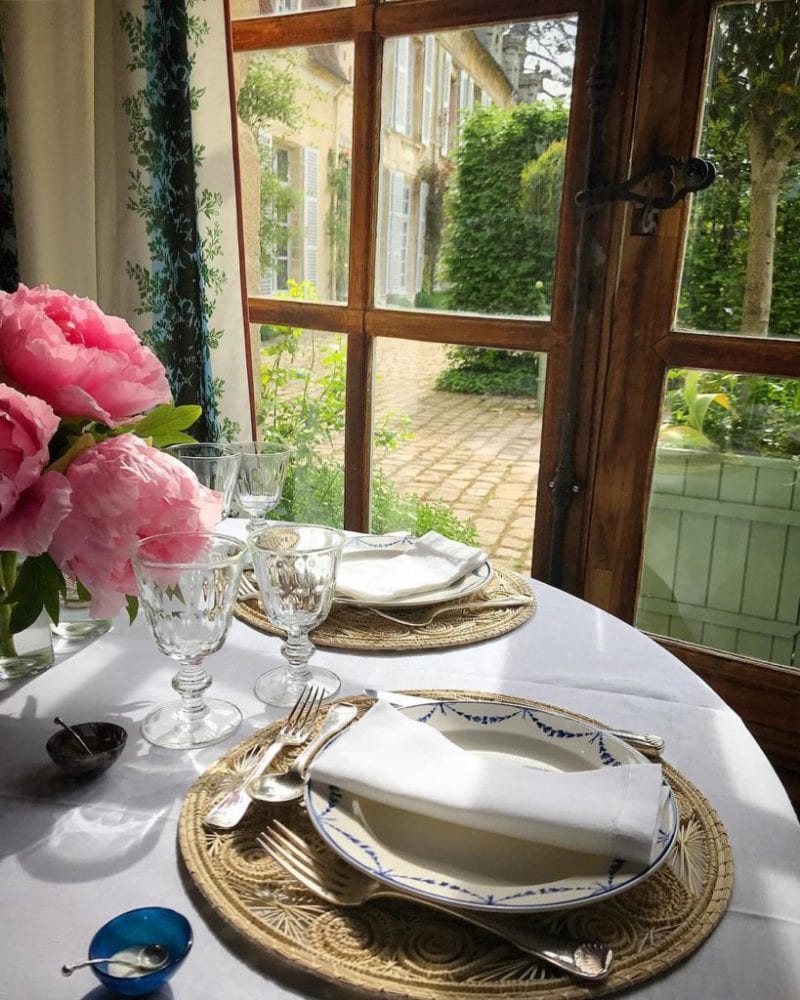