Once their children were grown, a Los Angeles couple decided to build a new home that would be better suited to house the extensive collection of antiques they had purchased while living in England years ago. Working with architect Ken Linsteadt, they were inspired by the work of the late Sir Edwin Lutyens who is widely regarded as one of Britain’s greatest architects. Linsteadt designed the home to showcase hilltop views of the surrounding oak woodlands and glimpses of the San Francisco Bay.

The architect introduced the couple to Suzanne Rheinstein, who was happy to accommodate their desire to use their English antiques. Rheinstein, incorporated her clients’ mahogany furniture and antiques, sometimes painting or lacquered, to brighten otherwise dark spaces. “What we’ve done here has very much the feel of that Anglo-American style of Nancy Lancaster,” she said. “It’s timeless, really… This is not a house that is going to be easily dated.”

This article originally appeared in the December 2011 issue of Architectural Digest. Additional images are included from Rheinstein’s online portfolio. 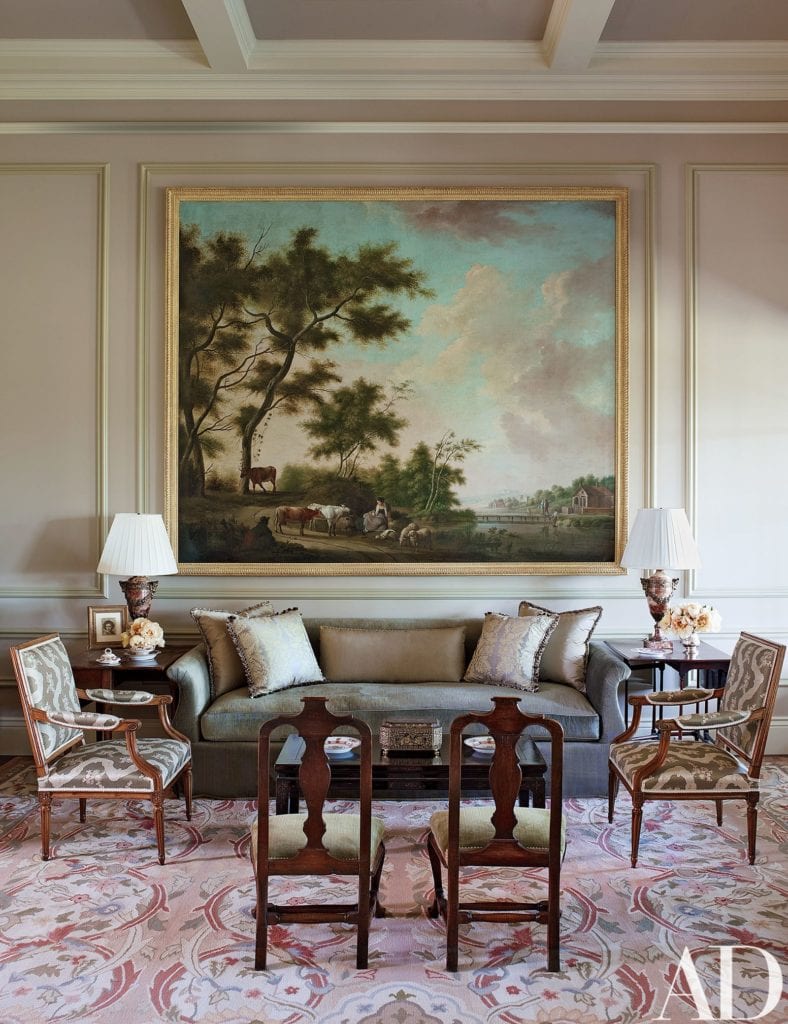 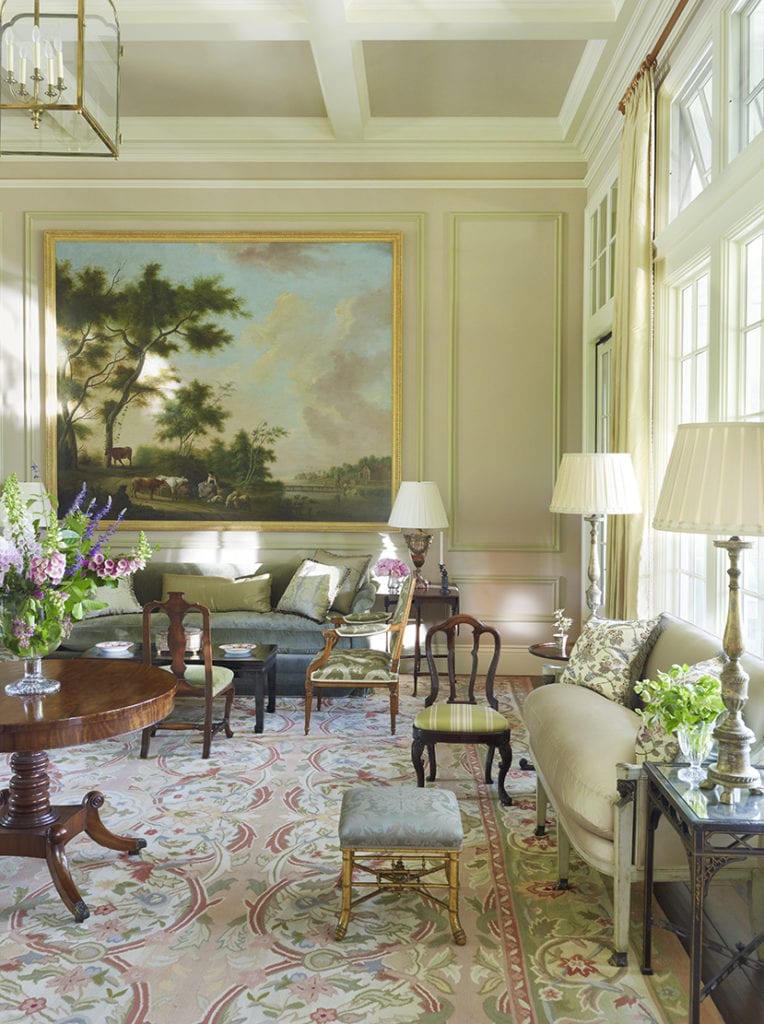 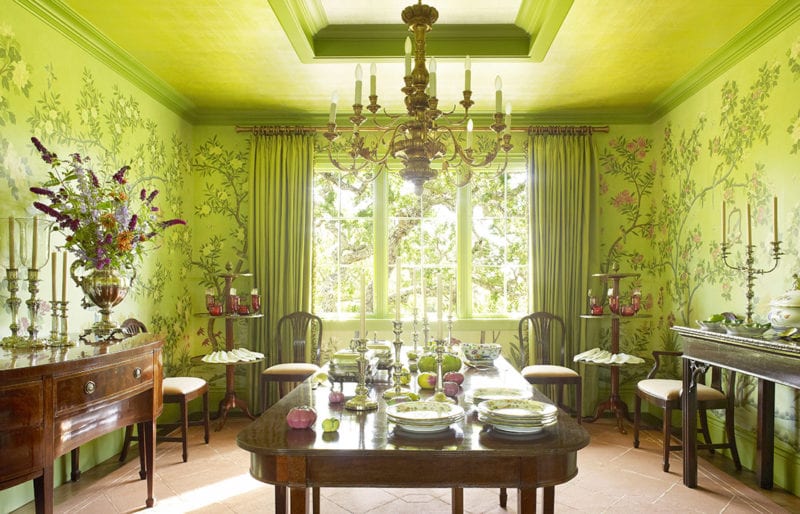 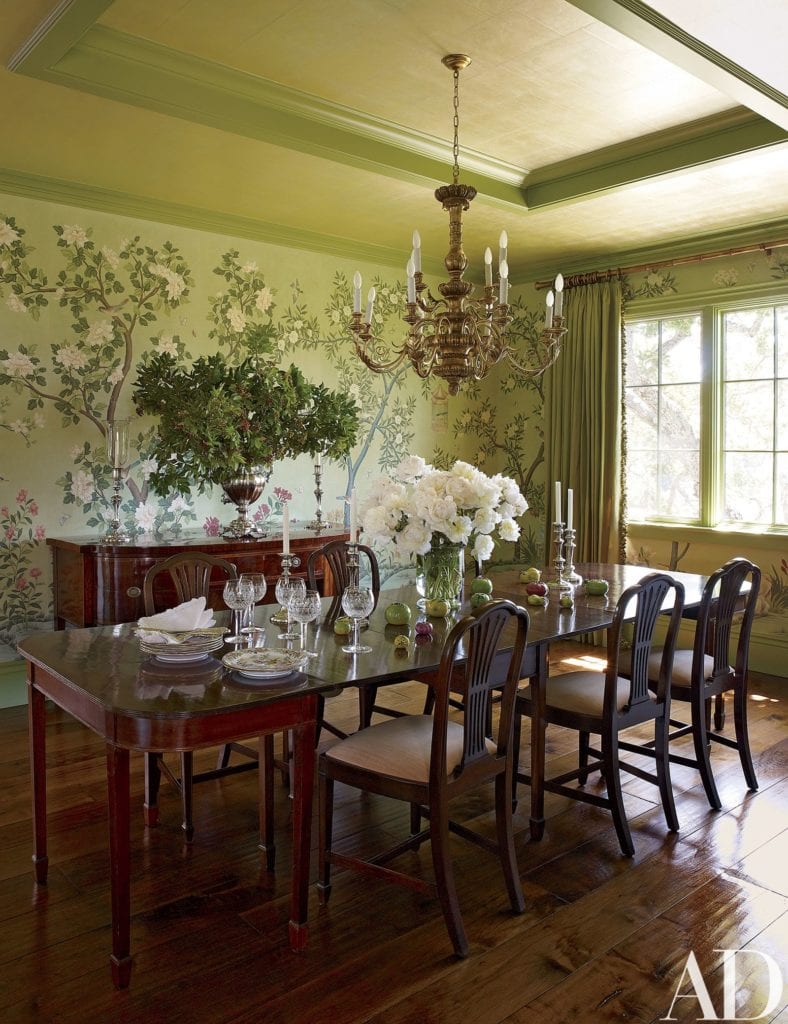 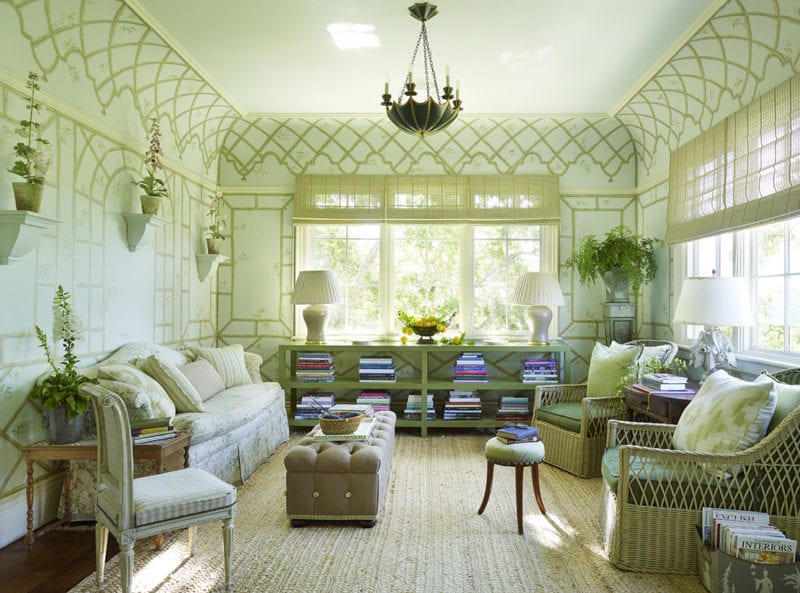 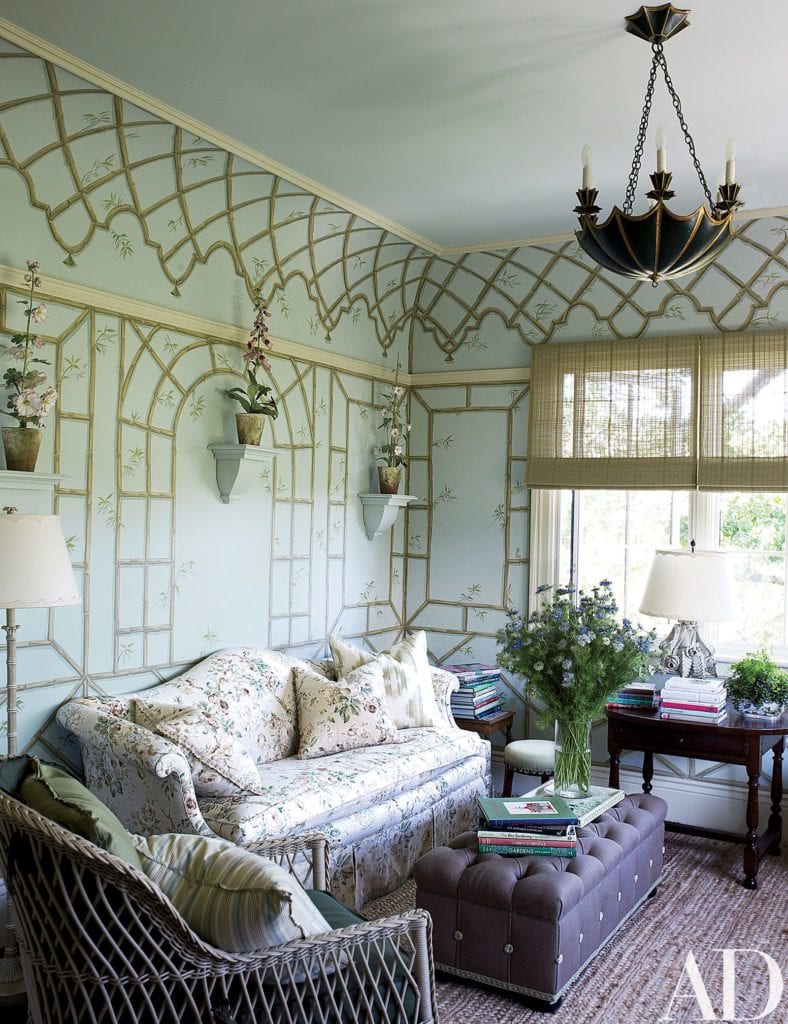 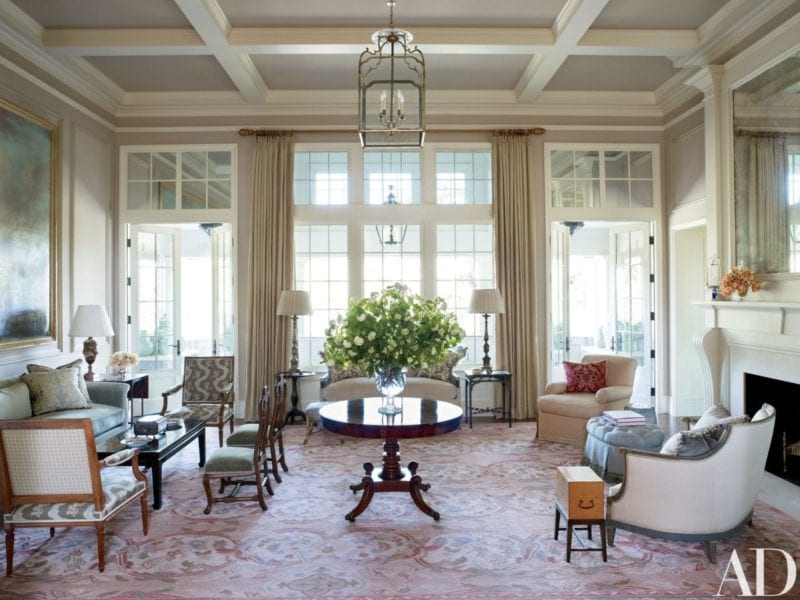 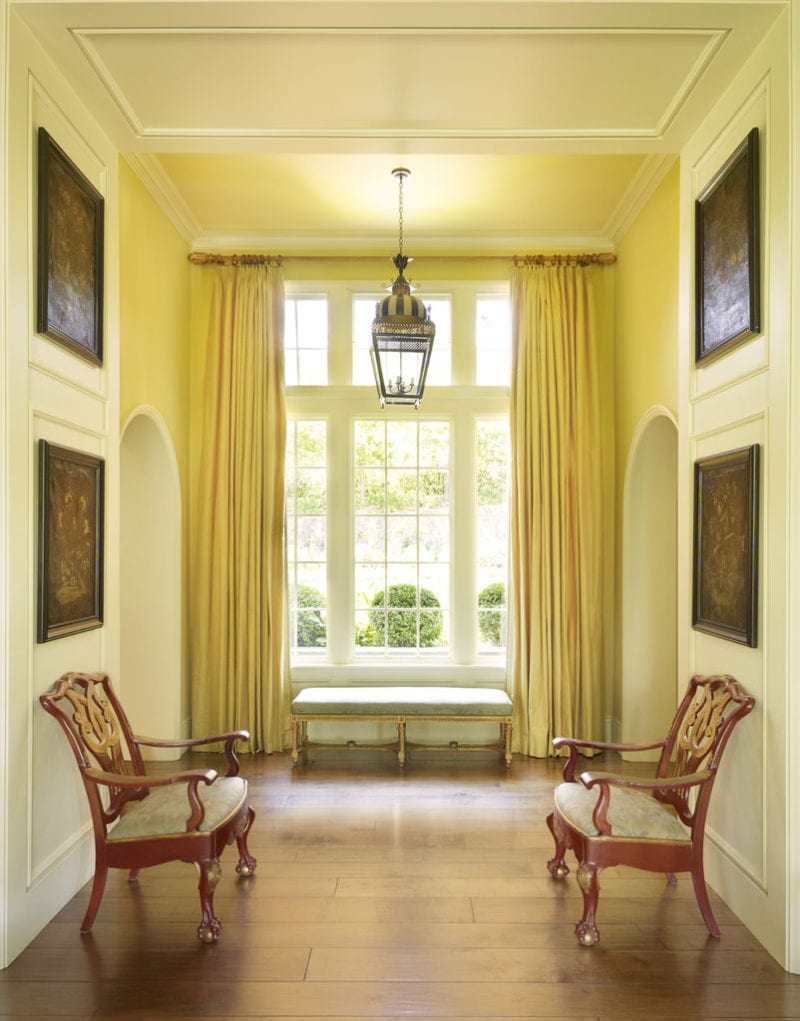 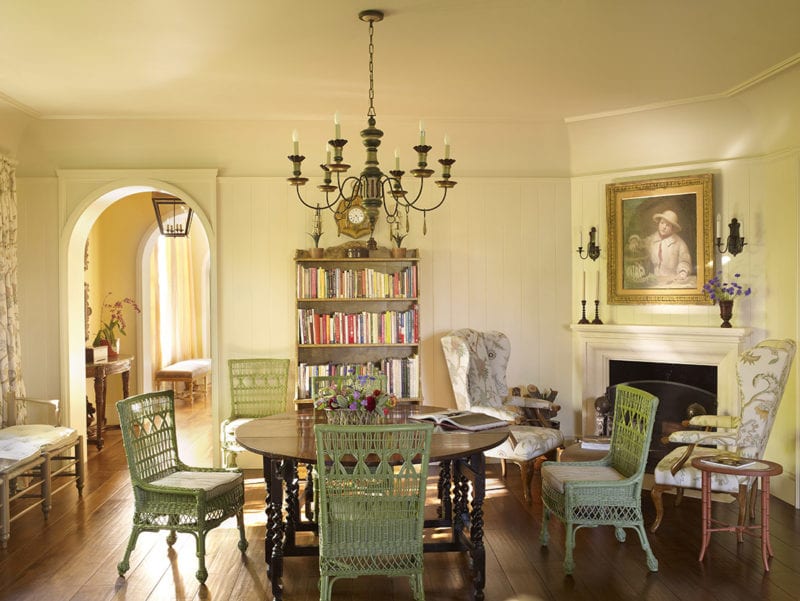 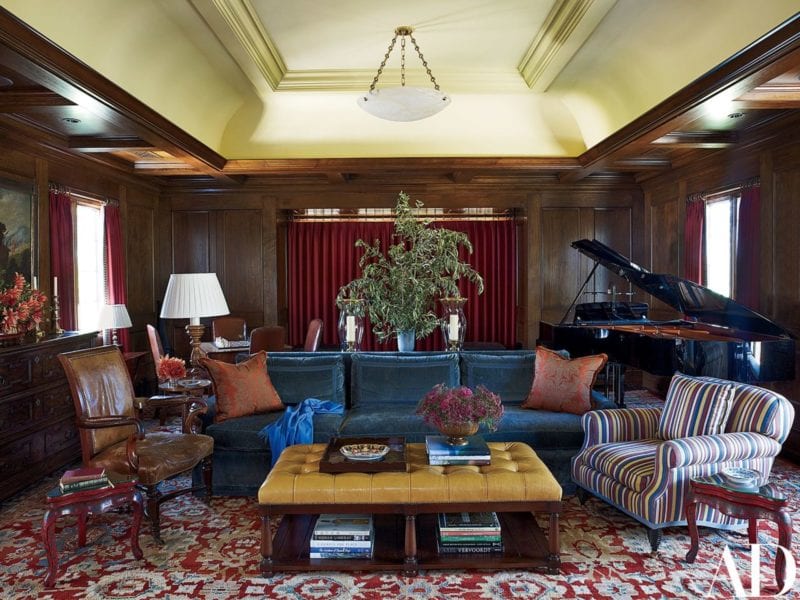 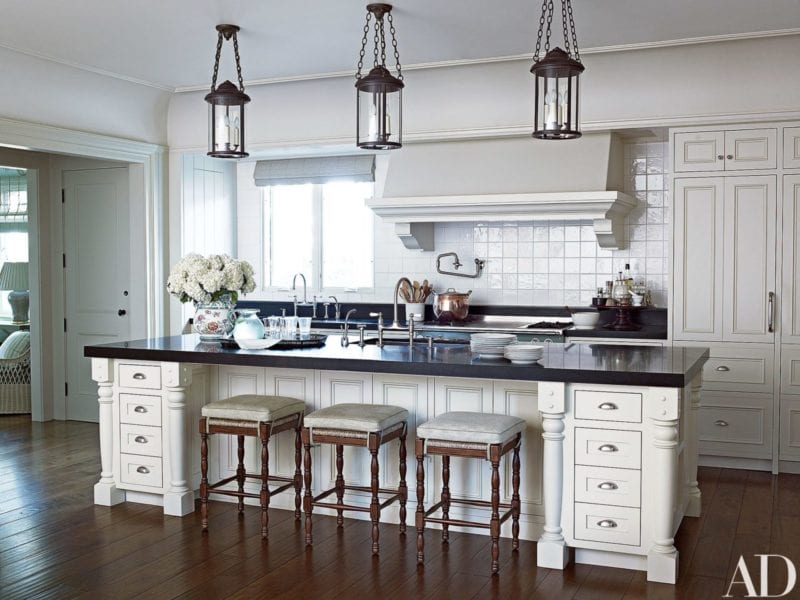 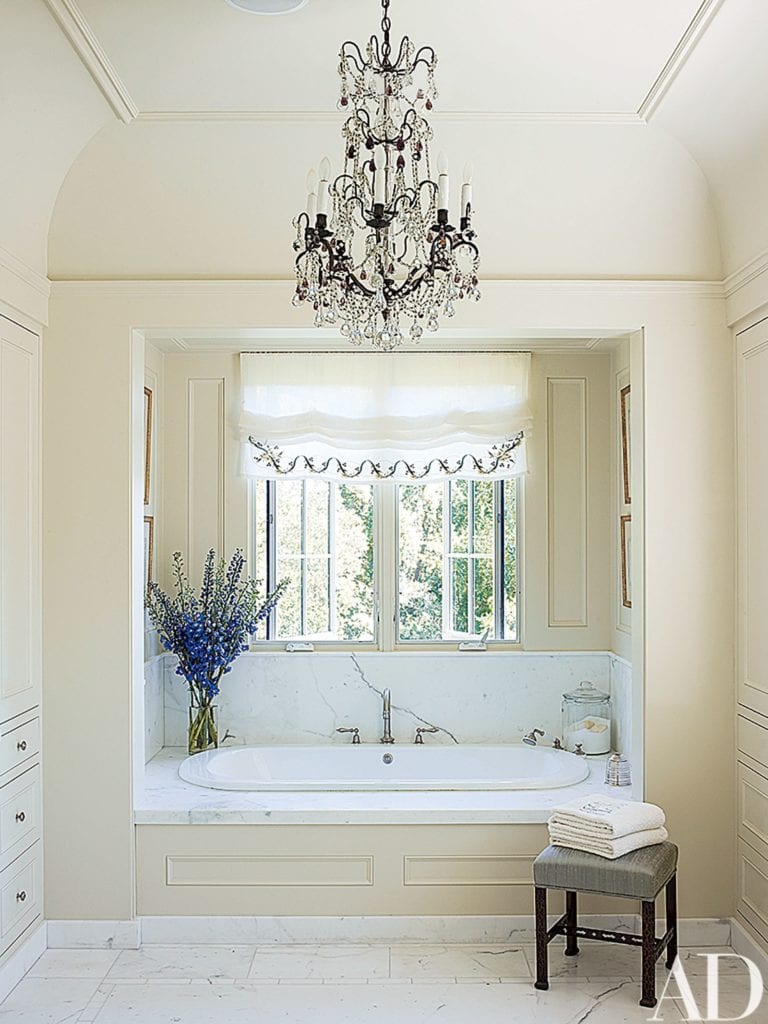 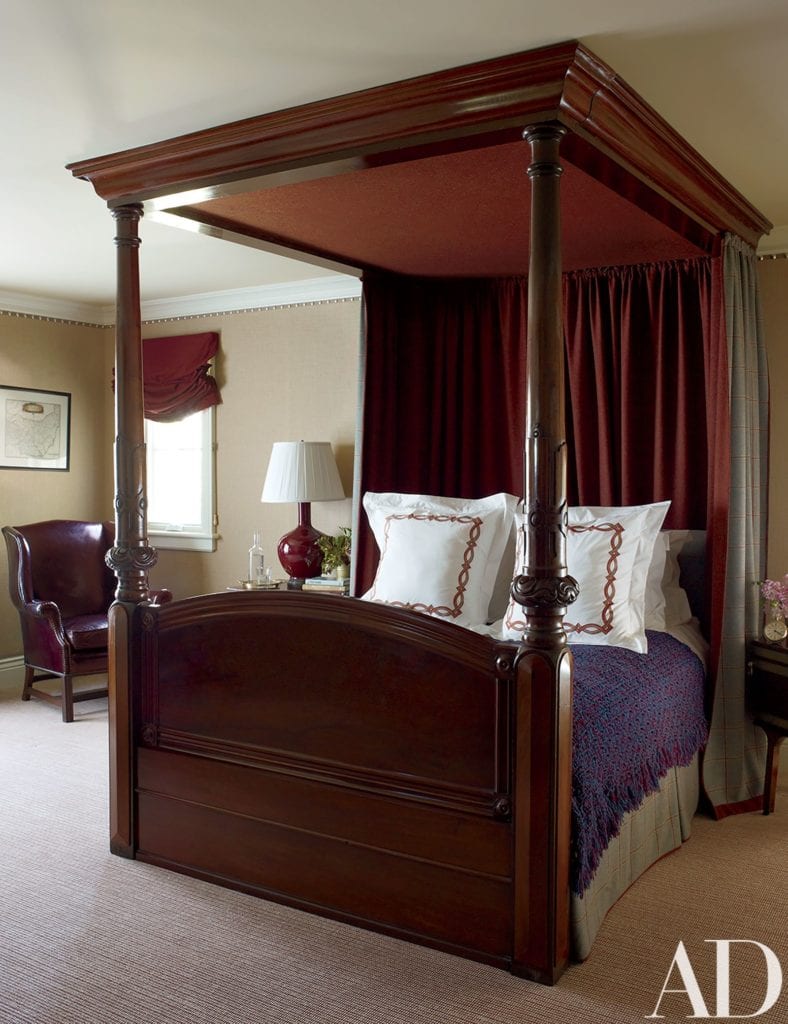 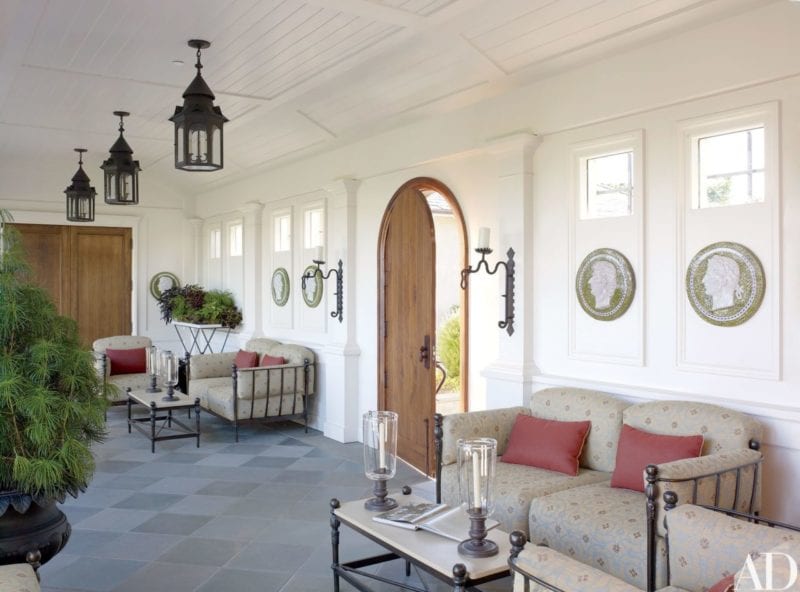 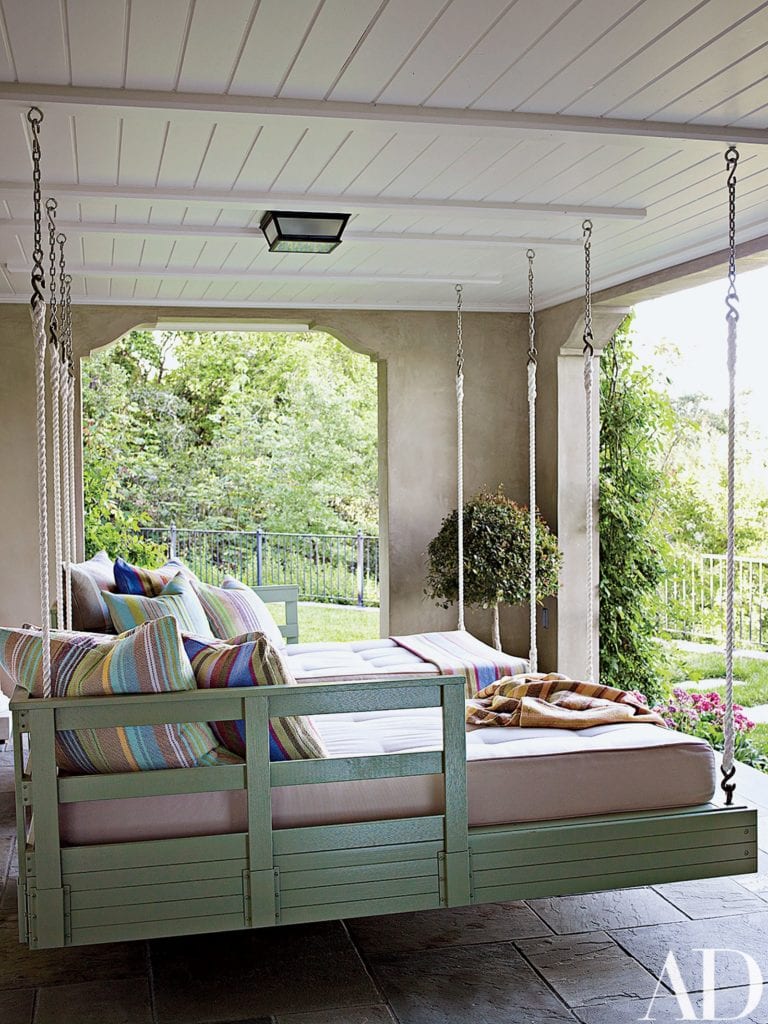 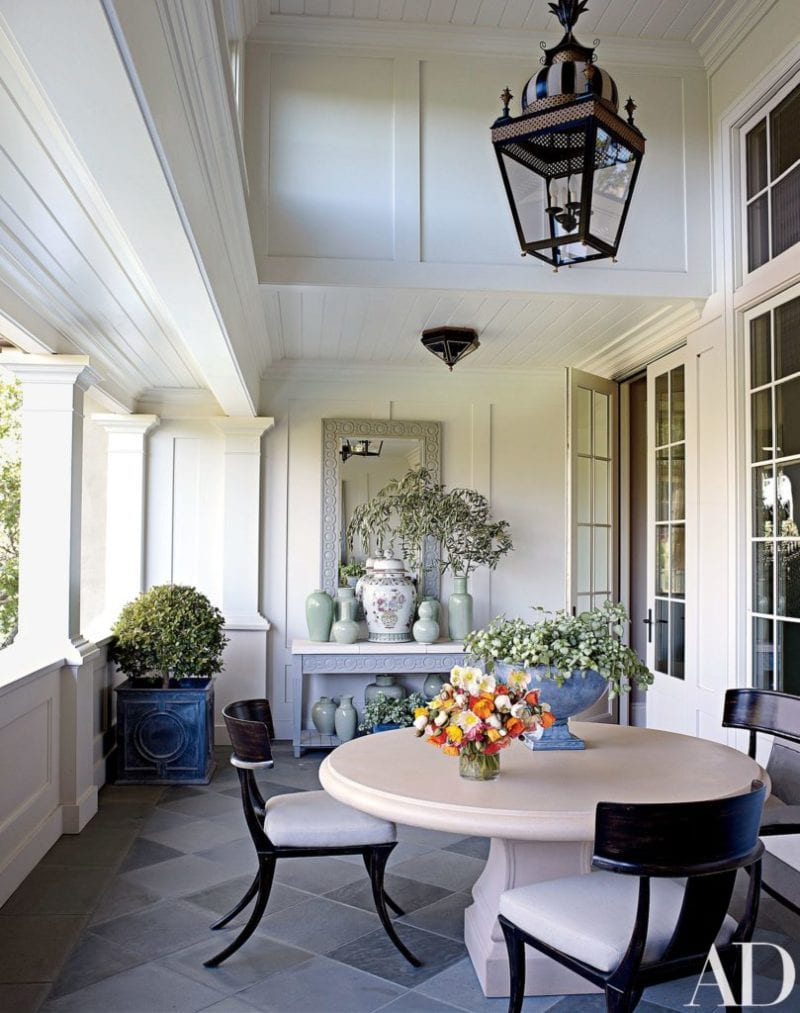 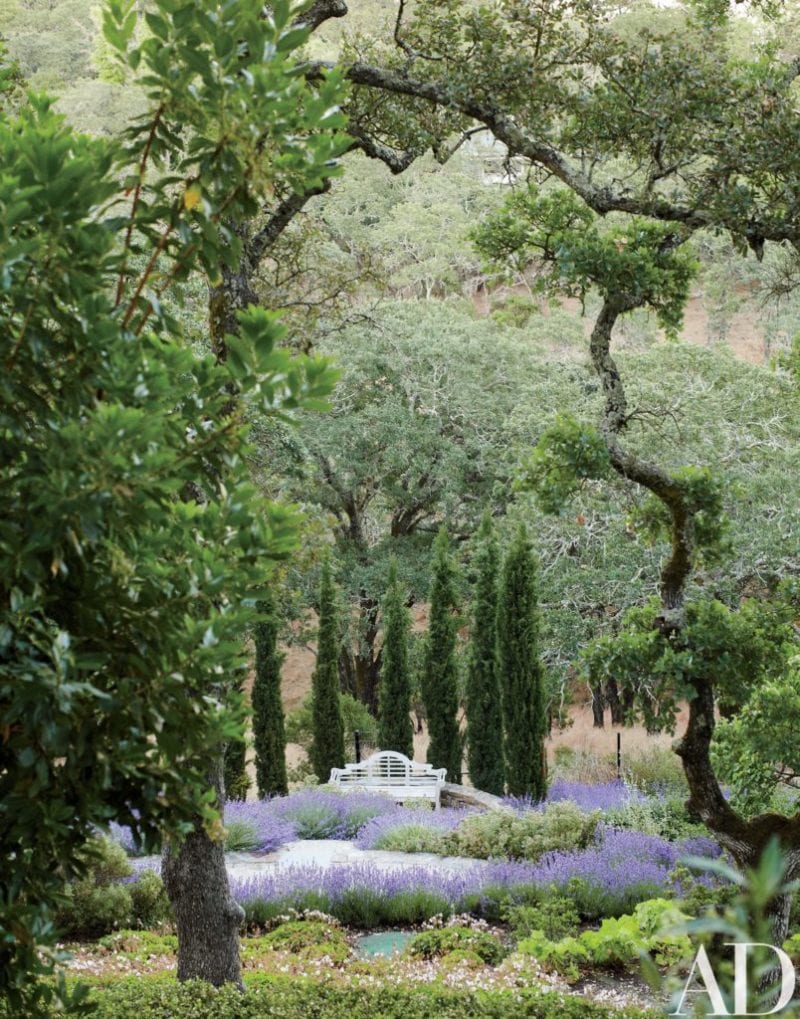 So lovely! I had seen bits and pieces of this home on Pinterest for years, but I had not seen it before in entirety. For more, please visit Architectural Digest, and click here to tour Suzanne Rheinstein’s beautiful Los Angeles home… it is one of my favorites!