Born in the late 70s, I vividly remember the unfortunate avocado green and harvest gold movement of the time… We had an avocado green kitchen complete with refrigerator, sink, and stove. The wallpaper was an orange and yellow floral and we had bright yellow faux-bamboo chairs in the breakfast room. My aunt collected mushrooms and I’m pretty sure she had this exact canister set. So when this new trend started “popping up” on Instagram, I scratched my head and was terribly curious to learn more. Vogue first reported the trend as it hit the fashion industry last spring, and it has multiplied ever since, making its way into interiors. Today our super-sleuth contributing reporter, Natalie Aldridge, is here to investigate the fungus among us and its spreading popularity amongst the younger generations. 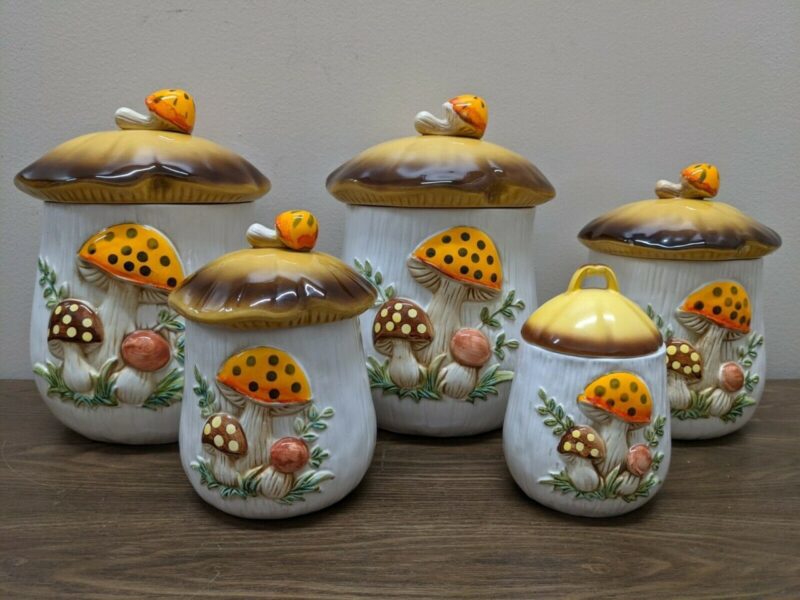 Here at The Glam Pad, we tend to stray a bit wary of trends. With that said, when an interesting trend sprouts up, we simply must investigate. During the summer of 2021, we began to see mushroom motifs popping up everywhere on our Instagram feed. From tablescapes to needlepoint and everything in between. Many months later these fungi do not seem to be budging. We all seem to spore crazed. Let’s dissect it! 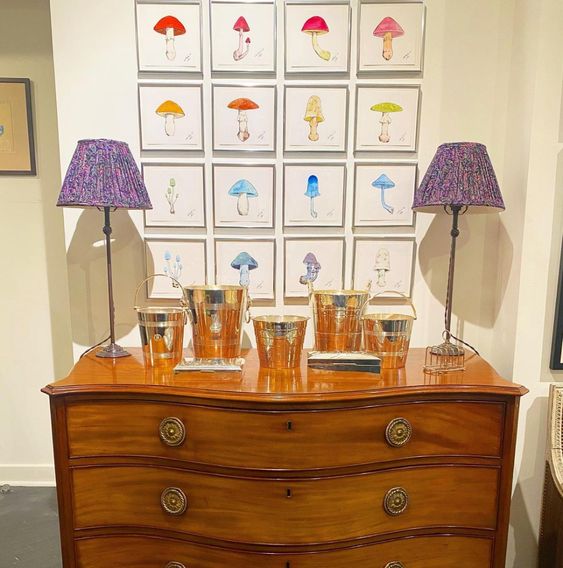 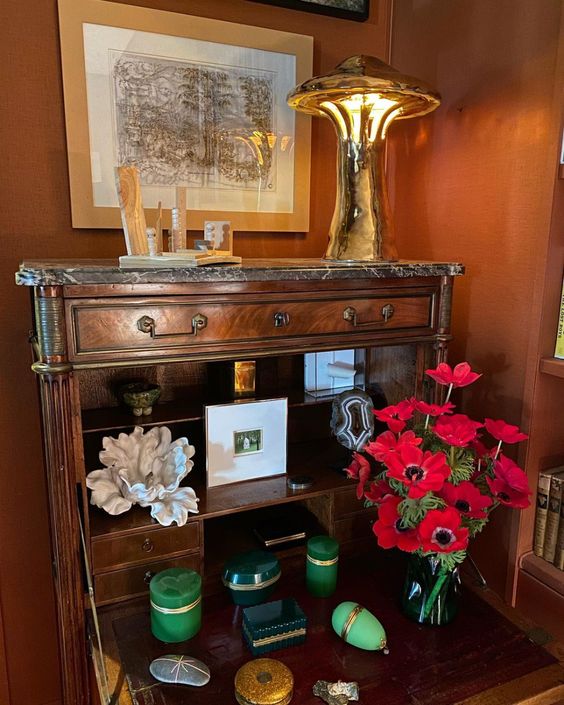 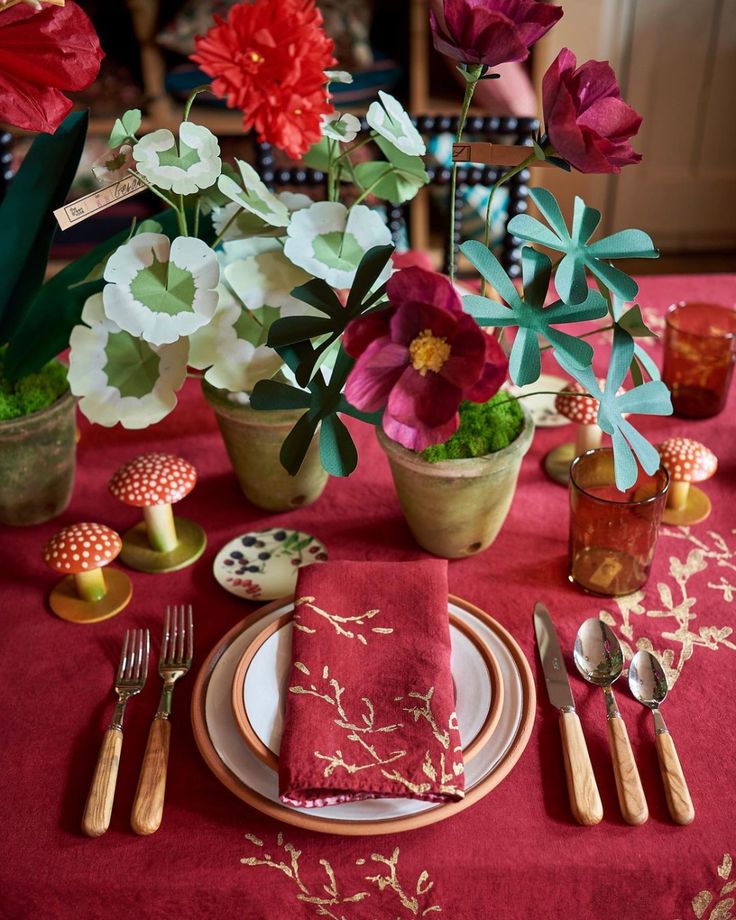 Funky toadstool motifs came into popularity during the 1960-70s. The era of psychedelia brought on a fascination with fruit and vegetable colors and depictions on everything from kitchenware, textiles, and home trinkets. The mushroom emerged as the most popular stemming from the “magic mushroom” subculture which permeated into the mainstream by way of dress and décor.

Fast forward to the 2020s where toadstools are having a moment of similar fascination. One theory to this obsession is escapism. The brightly dotted fungi called Fly agaric, while not hallucinogenic have long had an enchanting association. Think Alice in Wonderland. Full of sustenance and wrapped in mystery, these fantastic fungi bring on a sense of whimsy and much-needed departure from the chaos of today. Mushrooms too are symbolic of growth and renewal. A much-needed sentiment. 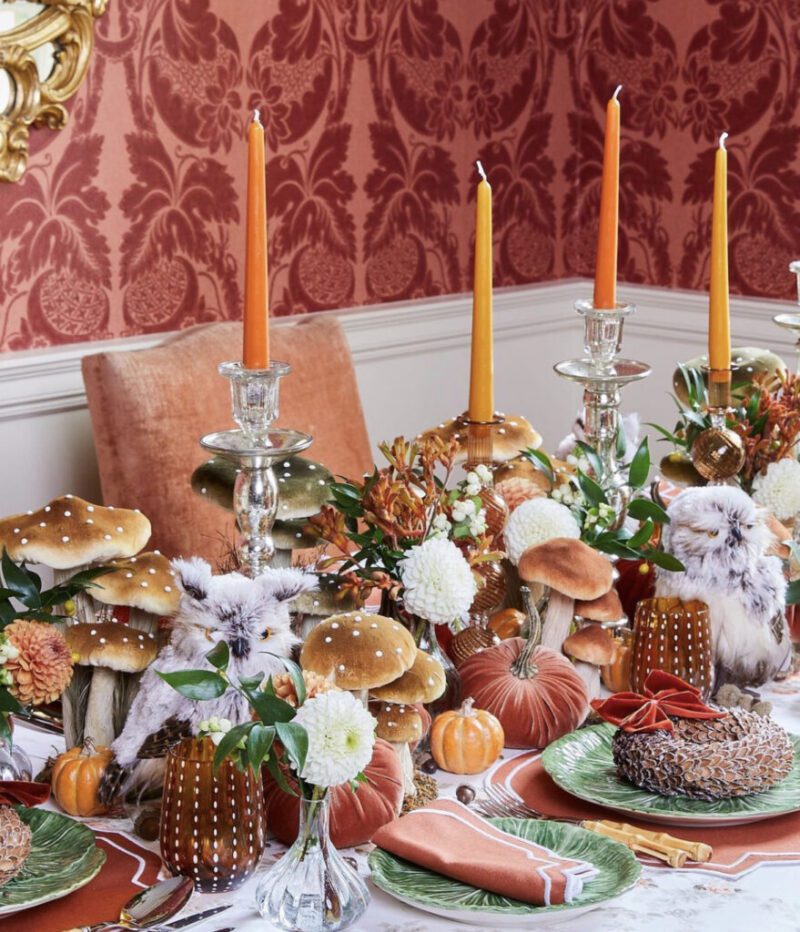 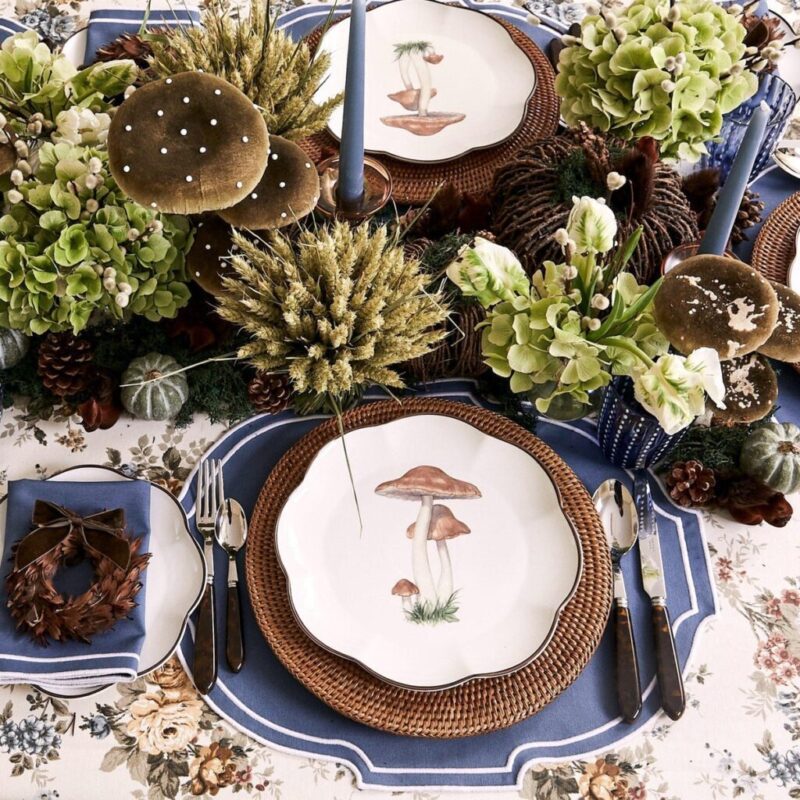 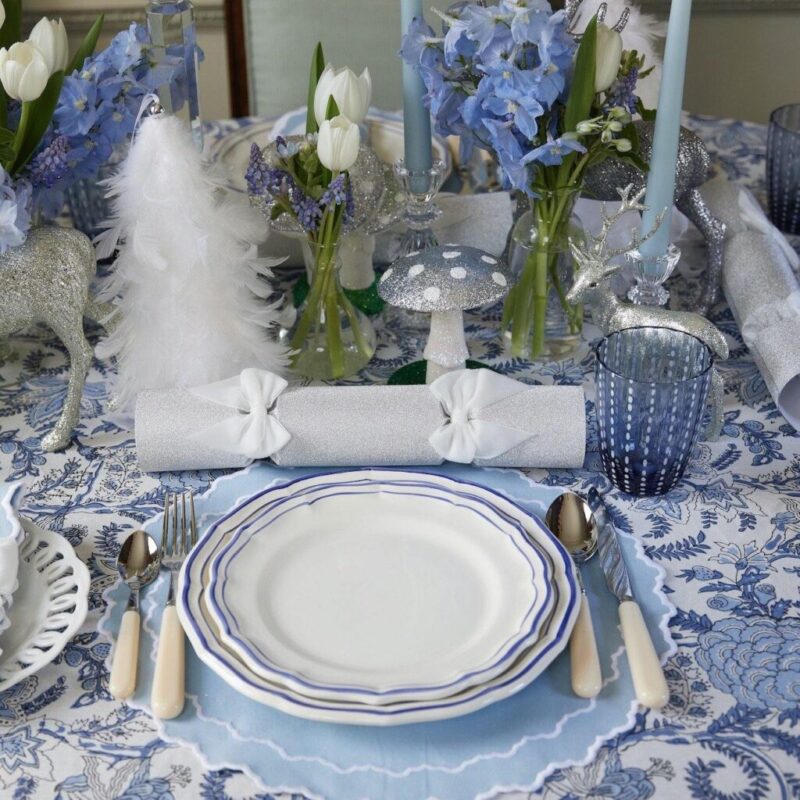 Another nod to the 1970s, the famous mushroom-inspired lamps of the era designed by Verner Panton, Murano, Elio Martinelli, among others are making a huge resurgence. Less literal than the fungi motifs floating around, purveyors of design are recreating this classic silhouette left and right. While this style of lamp is mid-century in sensibility, the variety in color and figuration makes it achievable to work into even the most traditional of homes. The revival of mid-century décor seems to have a large role in the fungi frenzy. 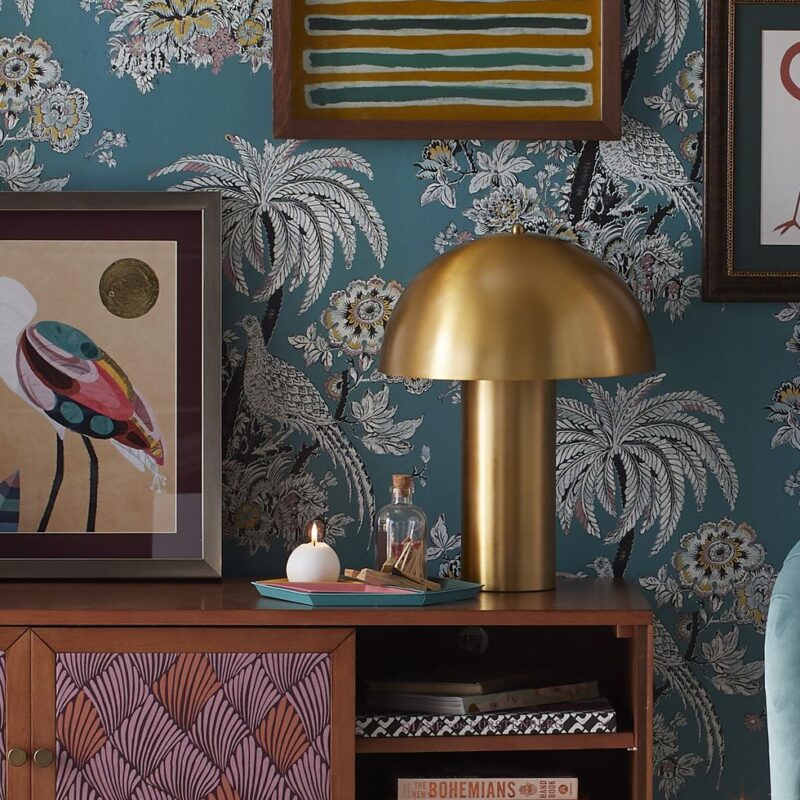 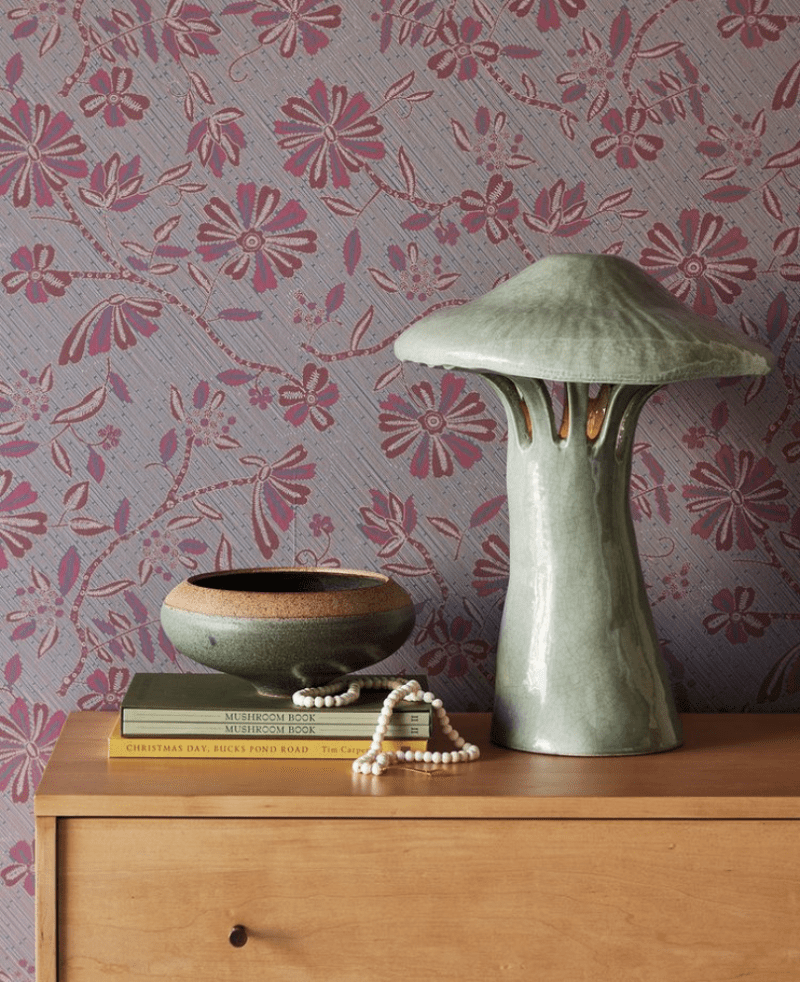 On a slyer note, could the legalization of “magic mushrooms” in some places of the world be the culprit? The jury is out. 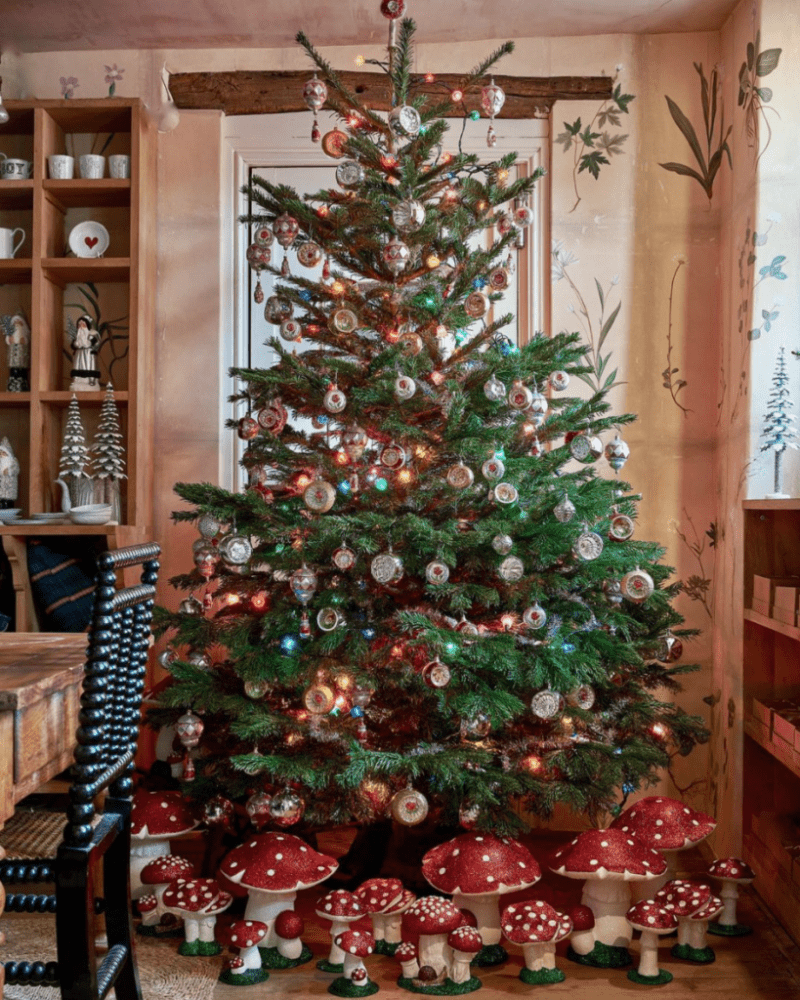 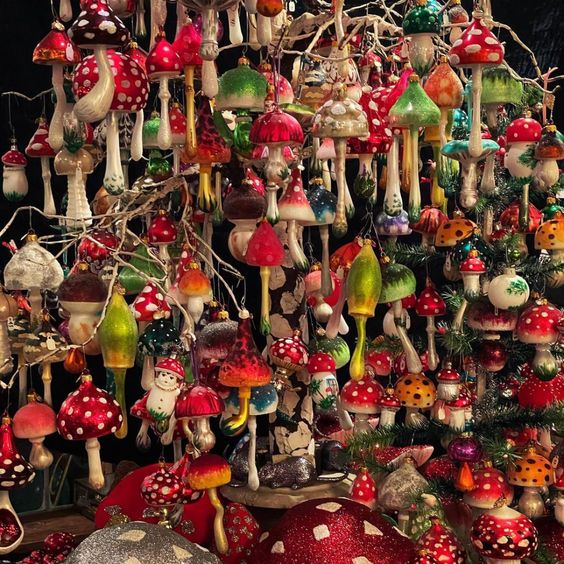 Shop our favorite spore-centric picks below:

So what are your thoughts on mushrooms? We personally love antique mushroom botanicals displayed en masse. They are particularly charming in the kitchen, like so. 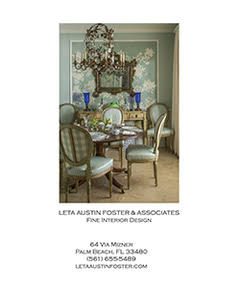