Today I am thrilled to welcome Dean Farris, my friend and Florida neighbor, to The Glam Pad. Based in Naples, Florida, Dean’s blog is one of my daily reads. He is always so knowledgeable, insightful, and plugged in to the design world… I am constantly learning from him! Dean is also an extremely talented interior designer. Before moving to Naples and establishing Dean Farris Interior Designs, he lived in New York City where he worked with design legends including Albert Hadley, Mario Buatta, George Clarkson, and Robert Metzger. In our Q&A, Dean shares highlights from past projects along with tips on decorating today… Enjoy! 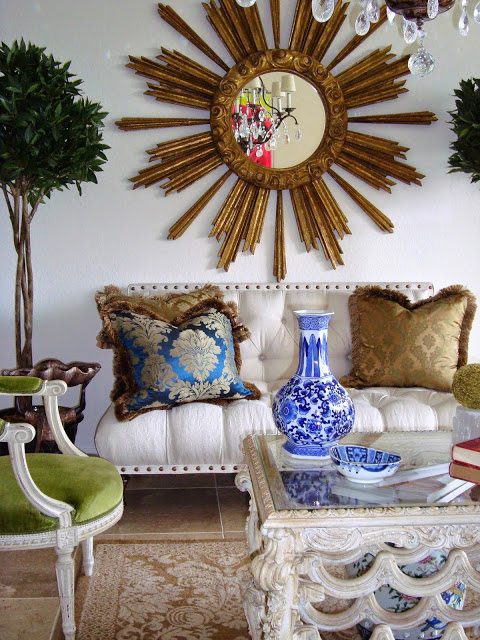 Q:  You have had such an amazing career and have worked with some of today’s leading legends in interior design. What did you learn from these experiences, and how did they shape your career into what it is today?
A:  While my time with these top designers varied wildly, I learned by watching and seeing how they worked. I had also consulted for Carl D’Aquino, who gave me a credit in House and Garden magazine (now gone). Usually, the client is sophisticated and already knows what look they are interested in, so, for example, if they already collect English and French antiques, they would naturally want to work with a Mario or a George – another mentor was the designer Thomas Britt – who is known for dramatic styling and bold palettes. 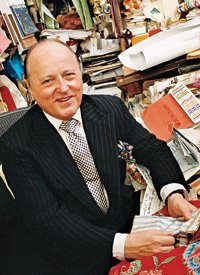 Mario Buatta
My childhood love of quality and the authentic was validated when I was accepted into the interior design program at FIT – under the aegis of the famous Stanley Barrows (who hailed from Texas originally). He was the chairman, and had taught and mentored Mario Buatta and many other famous designers when he was at Parsons….
How did these experiences shape my career? Suffice it to say, it was an education that was priceless.  I learned not just about decoration, but about life, and people, and living!  Today, I carry that knowledge with me, it’s integral to me, and I can offer it to a savvy client, most of whom end up becoming close friends. 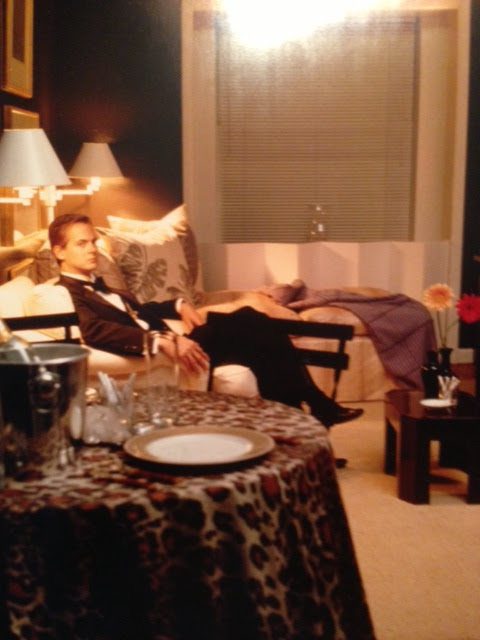 Dean in 1980s New York City.
There is in New York a definite tie-in between say belonging to Doubles, and then being asked by Wendy Carduner to re-design the private club.  As with Mrs. Altschul, she had known Mario for years and worked with him on various New York residences before asking him to consult on her Charleston house.  I suppose what I learned and am trying to say in too many words ☺ is that there was a comfort level and a trust between the parties involved (including all the subcontractors, suppliers, etc.) which made it possible for these amazing projects to be realized.  A great collaboration – and a great desire on the part of the client to have the best of what’s out there.  Having gone through the decade of excess (1980s) I saw how important it was to have the financial resources to execute such decorating projects, which always included structural renovations.  The social aspect of being in the New York decorating business is also crucial to the business side, and charity events, including the famous Kips Bays Club Decorator Showhouse are very important.  The Winter Antiques Show at the Armory.  Not to mention the country life, whether Connecticut or the Hamptons… there’s a definite connection. 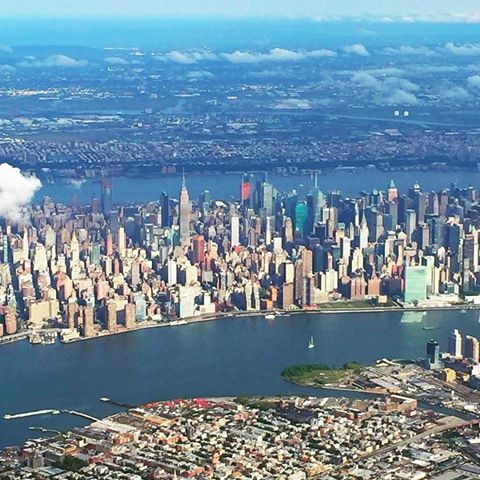 Q:  What made you decided to move to Naples? Has living in South Florida influenced your design aesthetic?
A:  It’s a funny story about moving to Naples, a winter resort that’s been called many things, including a “Corporate graveyard”, “God’s Waiting Room” and the “Palm Beach of the west coast” – when I decided to leave the city for good, I had to figure out where I wanted to be – and I really wanted Los Angeles.  I had several job offers in Palm Beach (including interest from Leta Austin Foster) but I wasn’t really on the circuit of NYC, Hamptons, and PB.  I loved Key West, for the historic architecture and cultural history. I had spent some time in Sarasota also.  My parents suggested Naples, which I really was not aware of. Unlike the designer Markham Roberts (originally from Indiana) I didn’t grow up being shuttled to Florida in the winter. I ended up having as many job offers in Naples as I did in Palm Beach!  I would say that the offers were perhaps not as “interesting” – since I ended up working in an old line furniture store called Robb and Stucky… but yes, Florida is much more casual and less focused on primary residences.  However, many of the second or third homes are just as grand as homes elsewhere.  Lately, I’ve been using more white and more “sunbrella” fabrics.  I’ve tried to not succumb to the computer-generated look of everything ordered via the internet, which seems to be so popular these days, although I don’t personally know anyone who really lives like that.  It seems to be more prevalent in builder models. 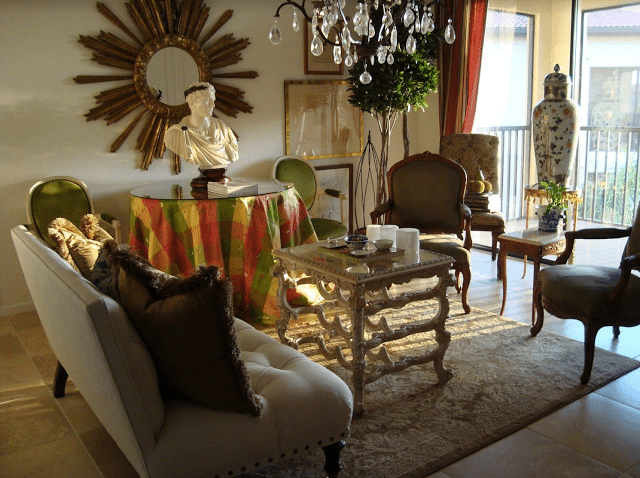 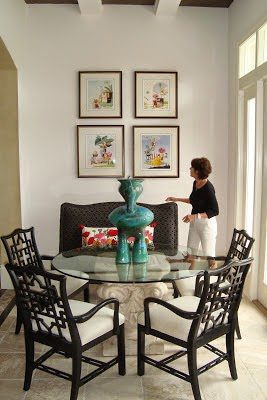 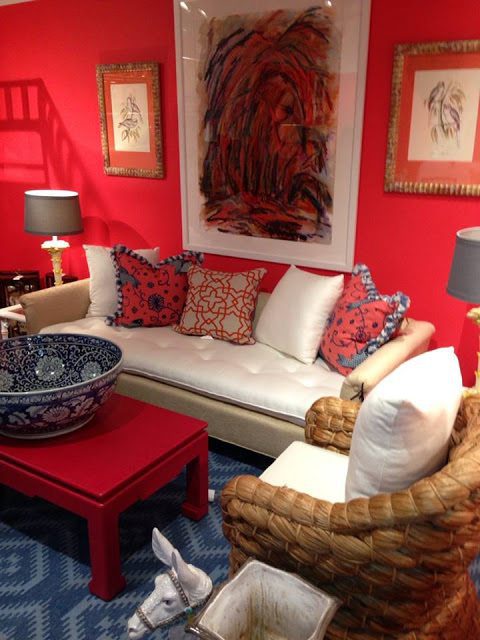 Q:  One of the things I love about your designs is that they are timeless in nature.  What are your secrets for creating a room that will stand the test of time?
A:  Thanks Andrea!  Being a southerner, (I was raised in the Carolinas, and born in Georgia) I’ve always been drawn to tradition, and beautiful older homes with old gardens, and lovely soft looking rooms, that are well cared for.  Some of my suggestions for creating the “timeless” look are to use what you have, use what you’ve been given by family or friends.  Shop all over. From high to low, then mix it all together.  Strive for comfort.  Envision the finished room and then take the steps to achieve it.  If working with a designer or decorator helps, then by all means do it.  Recently, I had some paintings re-framed, that had been created by the client’s mother in the 1960s.  These wonderful vintage looking pieces will add such warmth and a sense of the personal to his space when we install them! 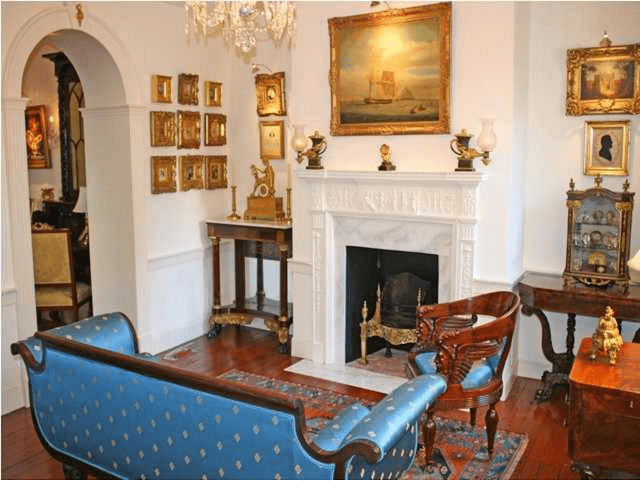 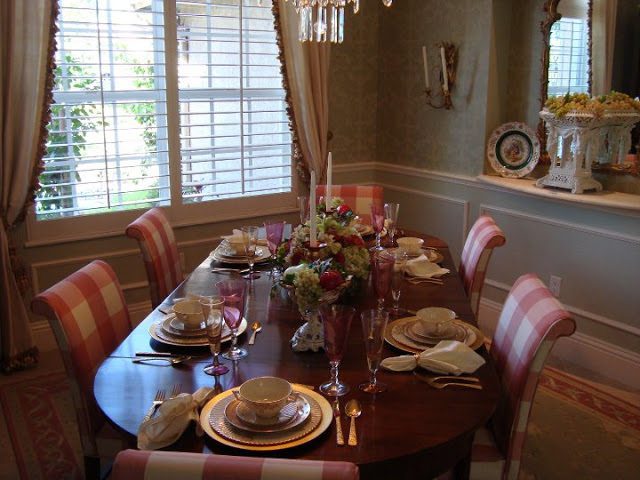 Q:  And speaking of rooms that stand the test of time… I am obsessed with anything and everything by Mario Buatta. What was it like working with him?
A:  Mario is such a great decorator, who was inspired by the work of John Fowler and Sybil Colfax.  His passion for design and decorating, and love of a good time and love of people, has driven him all the way to the top.  While I was working on the furniture floor at Bloomingdale’s in Manhattan, (my first job out of design school) I was working in model rooms, and we had instructions from Carl Levine and some of the other executives including Barbara D’Arcy, to prepare for the arrival of some of the world’s top designers – as they were coming to decorate room settings – each one to be in their own iconic and idiosyncratic style.  I was lucky enough to be assigned to assist Mario, and his then assistant Michael Zabriskie.  I have never seen anyone work so hard and so fast and haven’t since.  There was a pace that was breathtaking and inspiring at the same time!  Also there were Alberto Pinto, Jacques Grange, and other well-known designers.  It was exciting.  Years later, I opened my copy of the Emily Eerdmans’ book on Mario and saw the room setting that I played a small part in creating!  He used a pink trellis chintz on the walls which I think was from his own collection.  Even though the model room had a low ceiling height, Mario managed to create a cozy English cottage in the middle of Manhattan.  Sheer bliss! 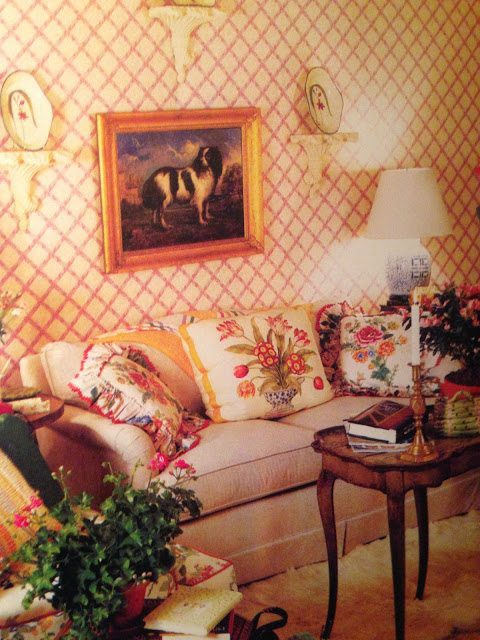 Dean assisted Mario Buatta and his then assistant, Michael Zabriskie, with this room at the Bloomingdales flagship in Manhattan in 1983.
Q:  What do you think is the “next big thing” on the horizon for the world of interior design?
A:  Have you noticed that almost every top brand name designer has a book? Branding has been huge for years.  As for the next big thing, possibly Tui Pranich is on to something with his complete “room packages”.  As the internet becomes more and more part of our lives and technology continues to zoom ahead, I can only foresee that speed of execution might be something that people would want.  Another thing is, since fashion and art go in circles, I imagine that all the beautiful classic pieces we revered in the 1980’s will be back – including chintz.  The latest current look seems to be either a monochrome interior or one bursting with bold colors – I read that in China, developers are building whole communities of homes, where everything is included, totally turn-key.  Sounds huge to me! 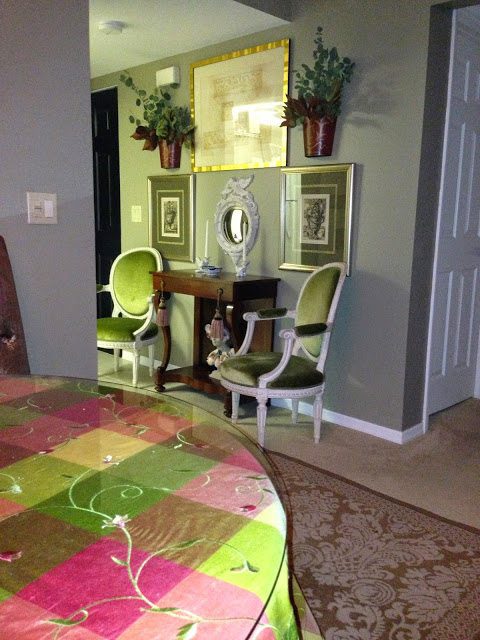 Q:  Where do you find your greatest source of inspiration?
A:  Inspiration is everywhere.  Travel. Art. Cuisine.  Personally, my one huge, big inspiration is seeing what others have done- whether in the 18th century or today.  When I saw what the decorator Alex Papachristidis did at this year’s Kips Bay, it inspired me.  Interestingly, Mario wrote the foreword to Alex’s book, “The Age of Elegance”.  Mario is another inspiration.  His love of color and finely executed finishes and details inspires me.  Thomas Britt.  Sister Parish.  Billy Baldwin.  Timothy Corrigan!  There are way too many to list, but I must mention Stan Topol, who mentored me in the late 1970’s when he was the chairman of the Art Institute of Atlanta.  Oh, and Mark D. Sikes!  Iris Barrel Apfel.  Rose Cumming.  Albert Hadley.  Carolyne Roehm.  Emilio Terry.  NYC, London, Paris, Rome, Capri, Venice. 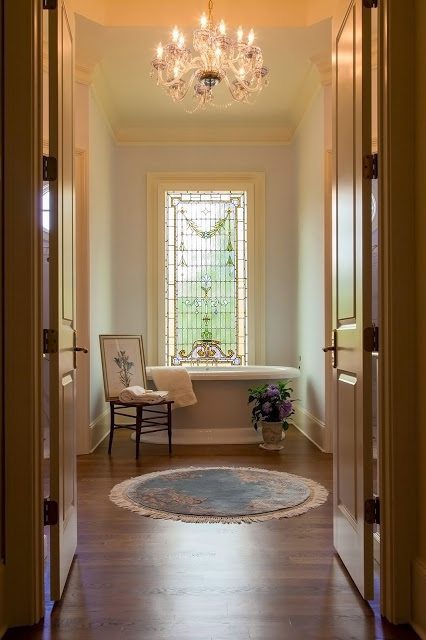 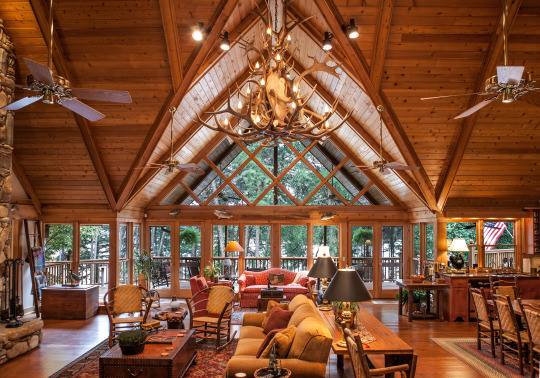 Q:  Please tell me about a few of your favorite projects.
A:  Right now, I’m creating a “Key West Cottage” inspired interior in a vintage 1970s condo on the seventh floor of a building on the beach just north of Naples.  I love it.  Also another condo, in Naples, I created for a widower who loves French antiques and color.  A beach front condo in Naples for a couple from Morristown, New Jersey, where we used lots of beautiful pastel colors.  In New York, a large penthouse overlooking Fifth Avenue and the park, with coffee color lacquered boiserie and a beautiful art collection.  (From my time as a shopper for the decorator Parkin Saunders).  I also like my own apartment, although it has lots of room for improvement. ☺ 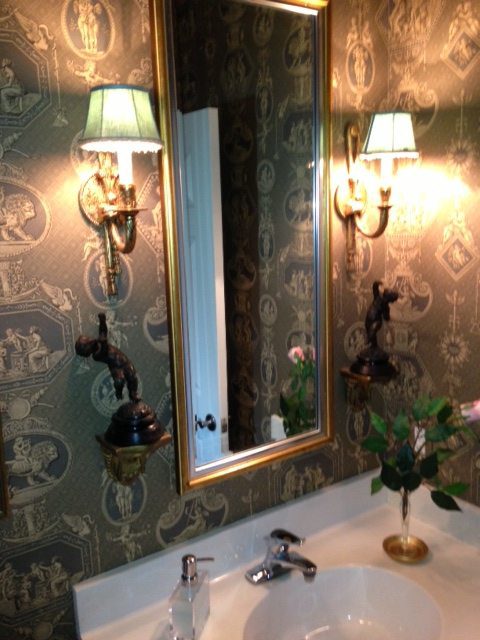 Q:  Outside of designing beautiful homes, what are your favorite hobbies?
A:  My hobbies are reading, shopping, entertaining (on a small scale) riding a red Schwinn with fat tires, trying out recipes, and looking at fabulous design blogs, such as The Glam Pad, and many others. 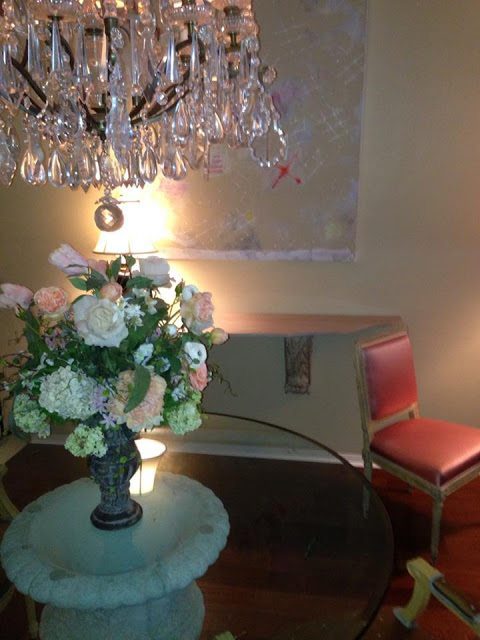 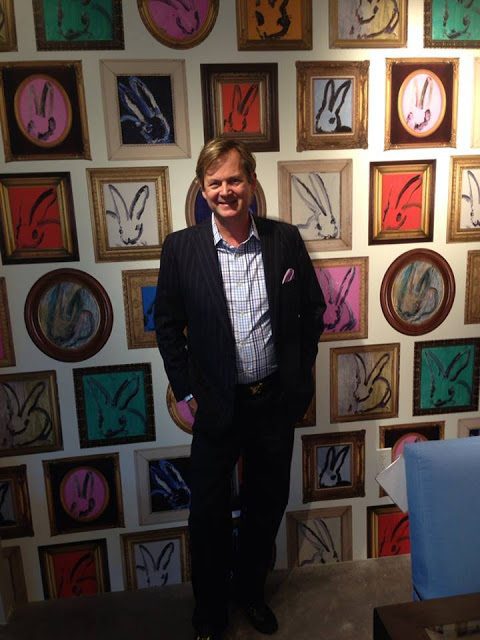 Dean Farris
Thank you so much, Dean, for sharing your wisdom and your work! To learn more about Dean and to follow his adventures in interior design, please visit his blog, Dean Farris Style. You can also find him at MP Interiors in Naples, where he provides interior design products and customer service to interior designers, architects, and builders in Southwest Florida. Dean offers his interior design services through his firm, Dean Farris Interior Designs. 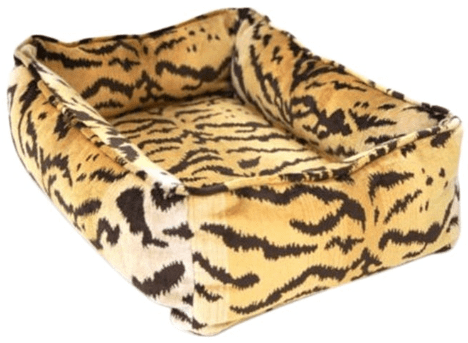 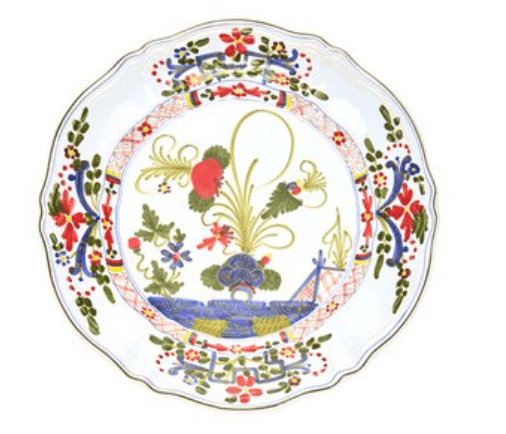 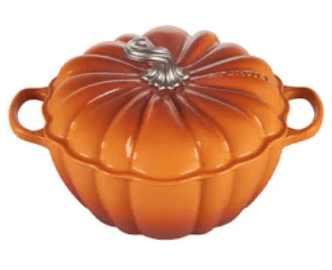 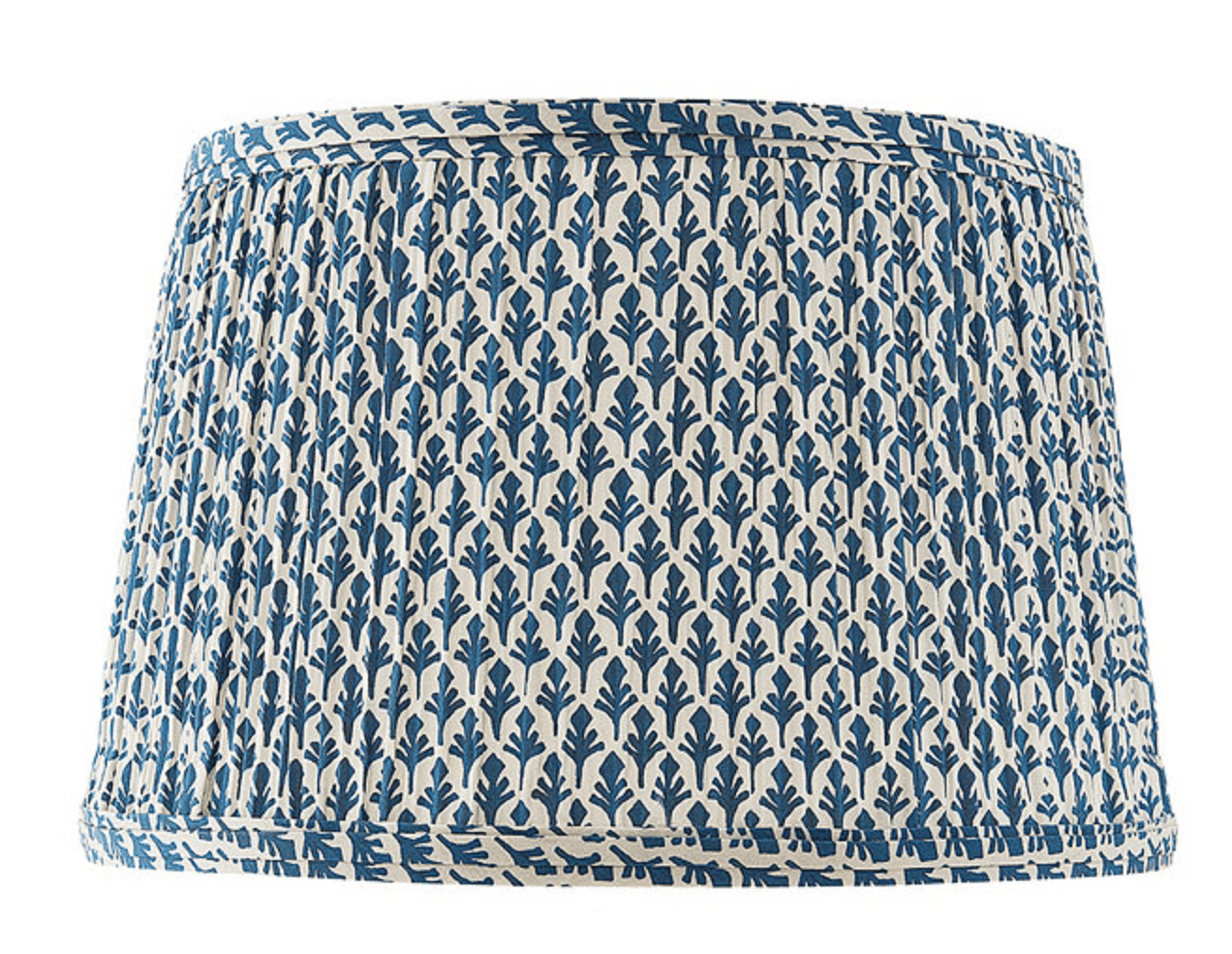 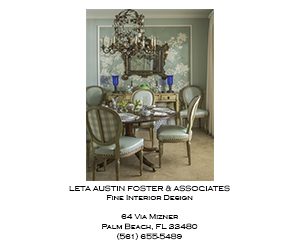