If you haven’t seen the movie Jackie staring Natalie Portman yet, run don’t walk. It is incredible! The acting, costumes, and interior design are certain to be award winning.  I have always admired Jackie Kennedy’s elegant and timeless pale blue White House bedroom and dressing room, and I loved seeing how it was painstakingly recreated in the movie.

In 1961, Jackie began her highly documented restoration of the White House. Collector Henry Francis du Pont was consulted on the antiques and interior designer Sister Parish for the decor. After clashing with Sister, Jackie brought in French designer Stéphane Boudin to make adjustments.  According to Architectural Digest, Stéphane found Sister’s ideas much too “bourgeois” and redesigned everything. He designed luscious silk draperies with extravagant trim, and he suggested a new headboard, painted wood in a Louis XVI style. All traces of Sister Parish were erased from Jackie’s dressing room. However, the transformation was interrupted by President Kennedy’s assassination.  For the Jackie the movie, production designer Jean Rabasse consulted extensive documentation, blueprints, and archival photography to recreate the White House as it was showcased in the 1962 CBS tour. 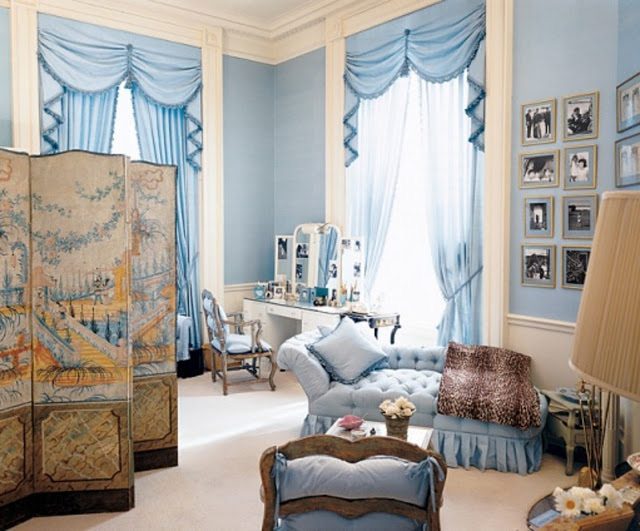 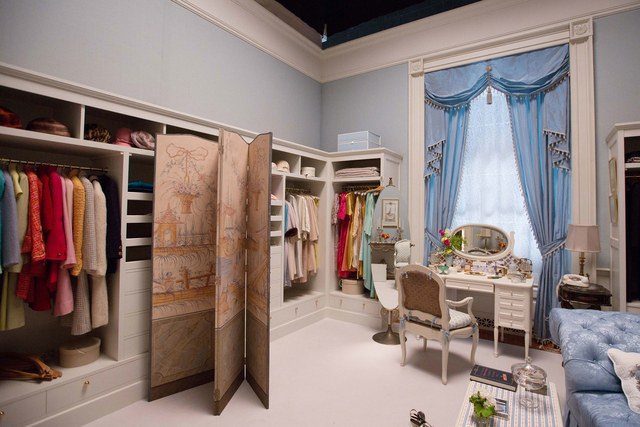 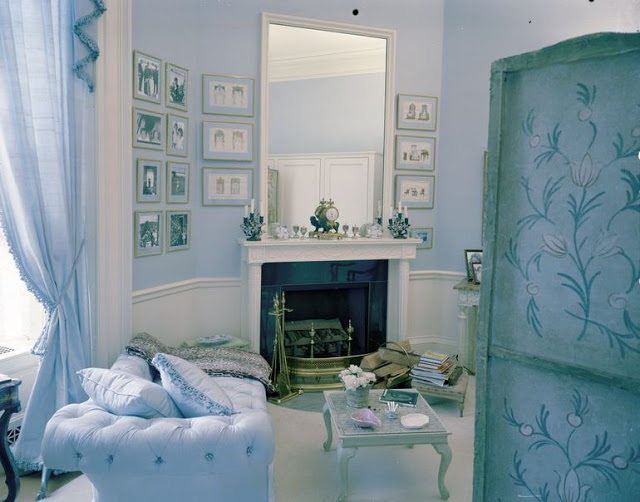 There are some fascinating images at the White House Museum that capture this exquisite dressing room pre-Boudin. What a transformation! 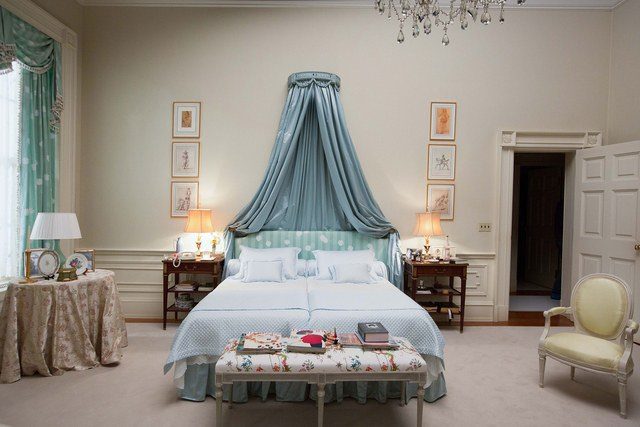 For the movie, Rabasse worked with Tillett Textiles to reprint the floral fabric that graces the curtains and headboard in Jackie’s bedroom.
Photo: Fox Searchlight Pictures via Architectural Digest 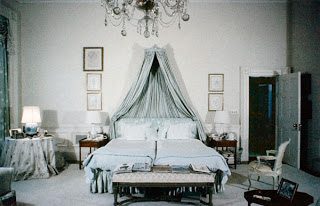 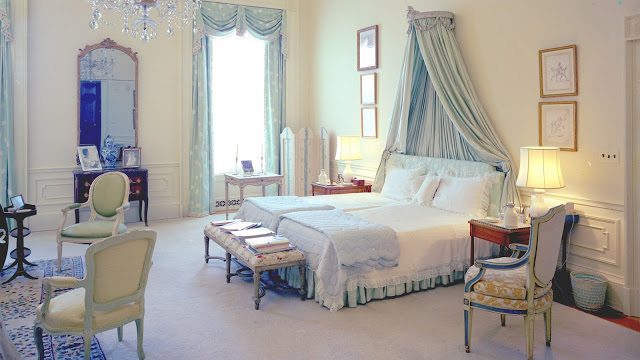 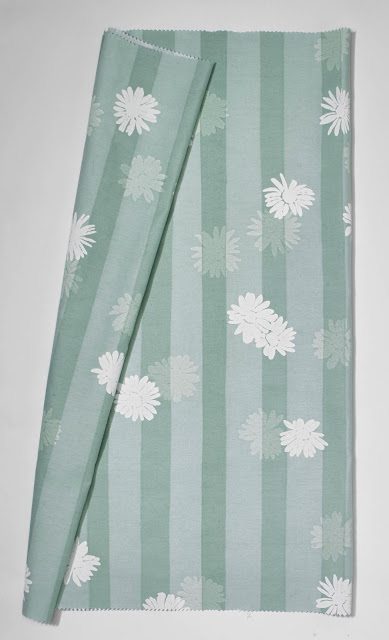 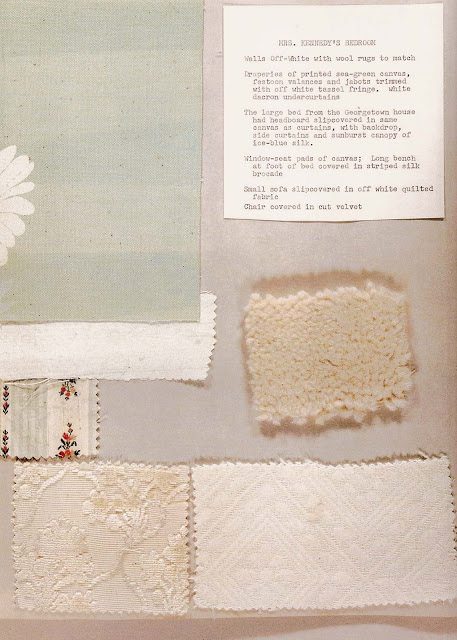 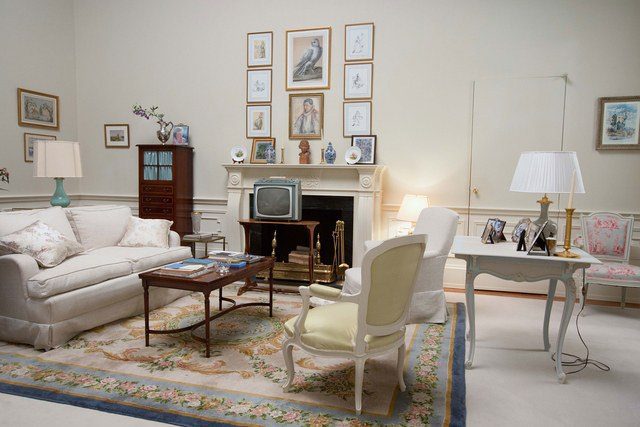 The Jackie production team sourced pieces in London, Paris, Belgium, New York, and Los Angeles. “You can’t imagine how far we went in the details, even in the moldings and the paintings,” says Rabasse. “We had copies or scans of every painting.” The sitting area of Jackie’s bedroom is shown here.
Photo: Fox Searchlight Pictures via Architectural Digest 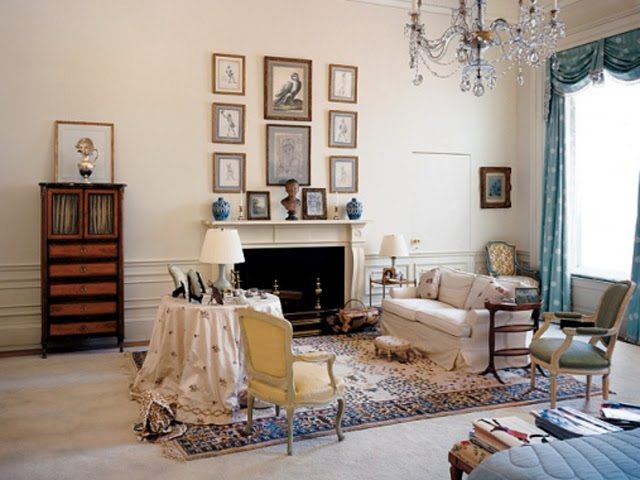 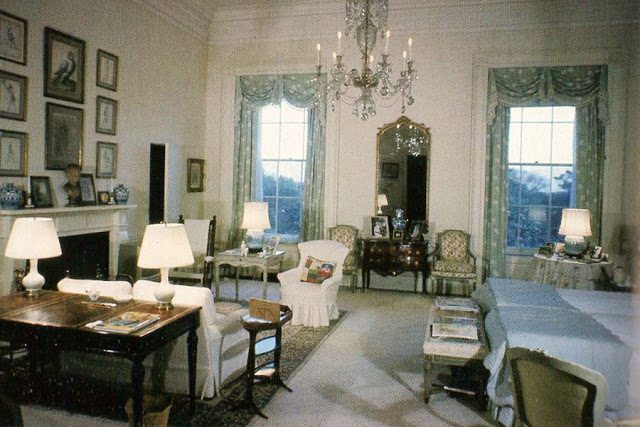 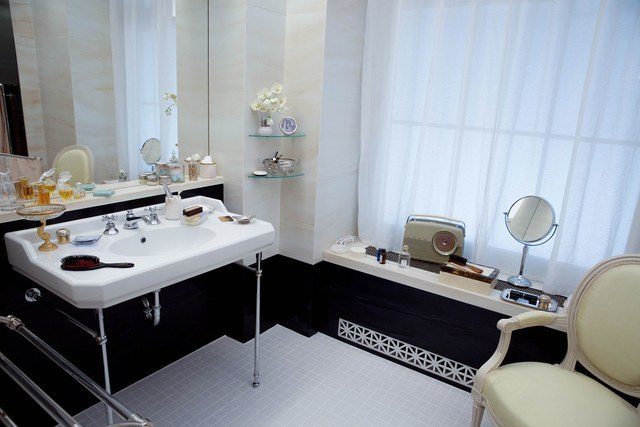 For Jackie’s bath in the movie, Rabasse wanted to create a feeling of intimacy. “We had a transparent mirror, so she’s alone in the set, but we film her through the mirror. It creates something very strong.”
Photo: Fox Searchlight Pictures via Architectural Digest 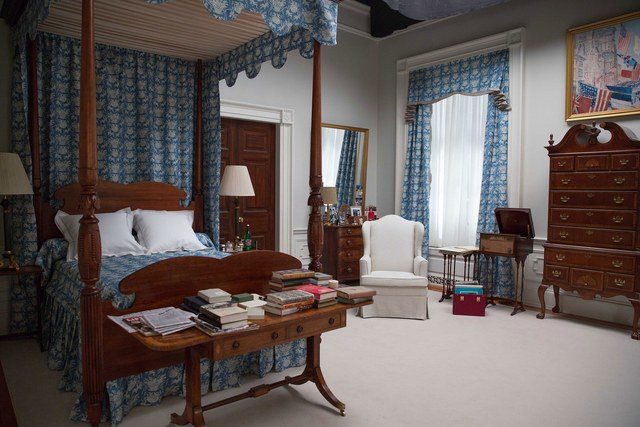 I also loved seeing President Kennedy’s bedroom in the movie recreated with a four-poster and the original fabric.
Photo: Fox Searchlight Pictures via Architectural Digest 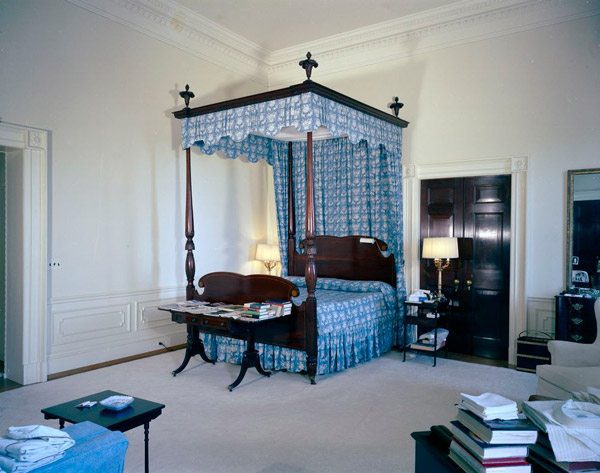 « January Musings: From The Crown to Princess Diana’s Perfume
Sophistication is Overrated »