Since its founding in 1797, Zuber & Cie wallpapers’ fame has spread far and wide, from King Louis Philippe awarding Jean Zuber the Legion of Honor in 1834 to Jackie Kennedy installing Zuber’s “Vues de l’Amérique du Nord” (Views of North America) in the White House. According to France Today, the company still uses the same antique woodblocks, the same paint formulas, and the same time-honored processes to create its stunning wallpapers as it did in Jean Zuber’s time.

This fall, Gibbs Smith released a beautiful new book Zuber: Two Centuries of Panoramic Wallpaper. It features gorgeous displays of friezes, borders, ceiling roses, and architectural trompe l’oeil photographed for Zuber in homes in the United States, France, and the United Kingdom. The foreword is by Pat Altschul, who has the most beautiful home and dining room featuring Zuber’s “La Guerre de l’Independance” (The War of American Independence). I am such a huge fan of Zuber’s exquisite wallpapers, and I am delighted to share a sneak peek today! 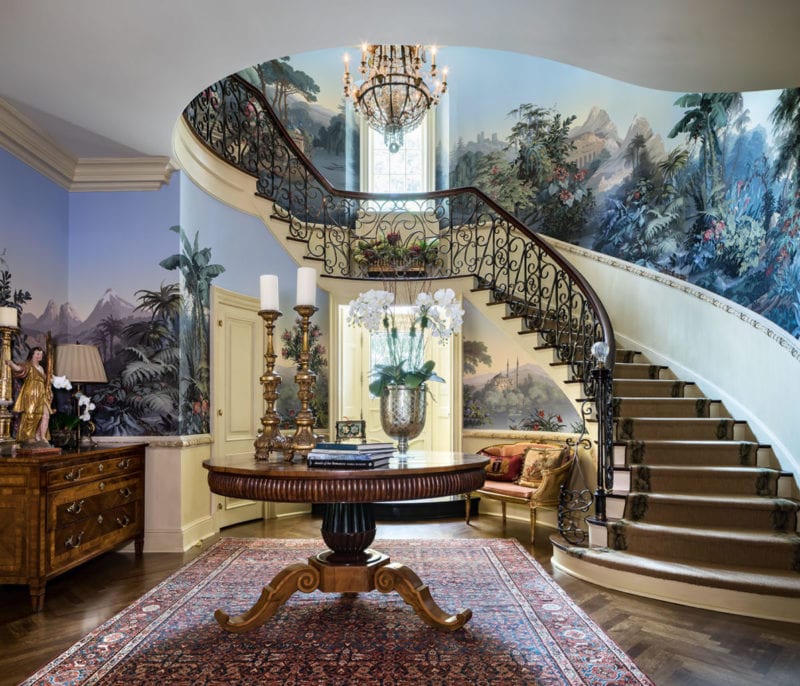 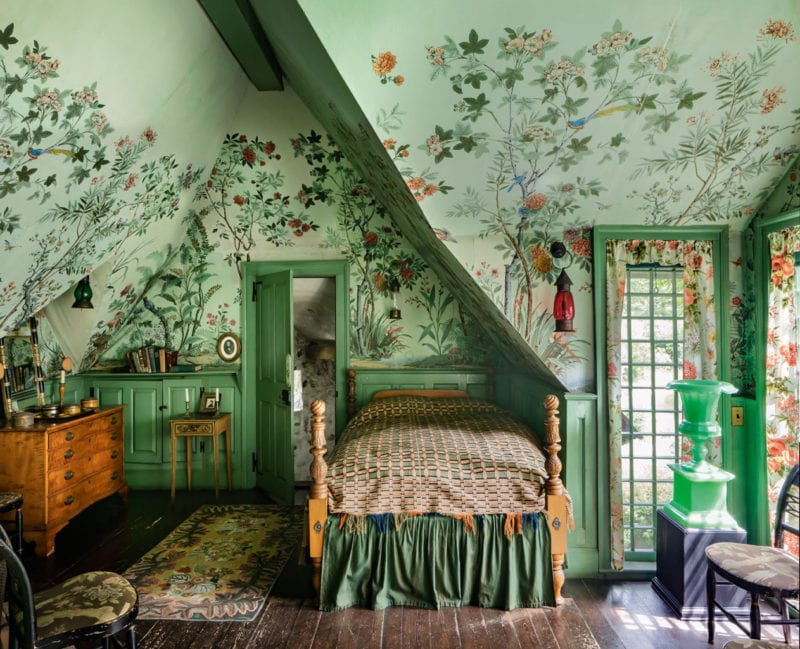 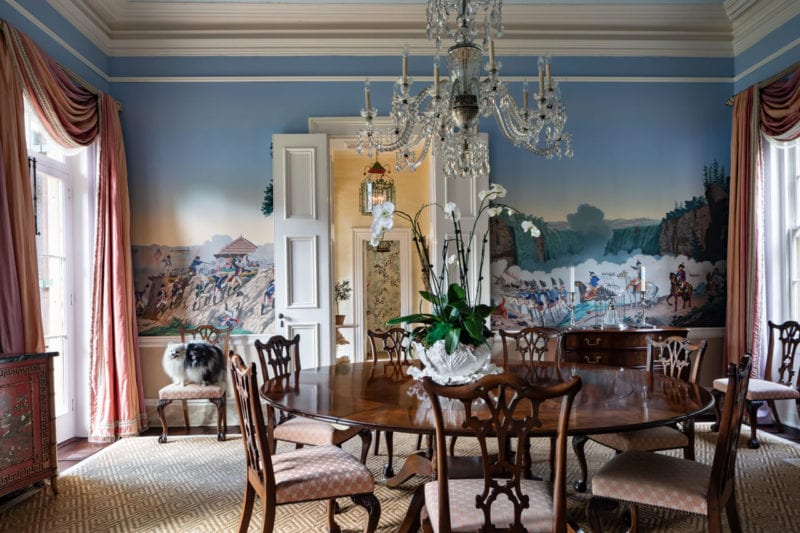 When Patricia Altschul moved to Charleston’s historic Isaac Jenkins Mikell House, she brought her “La Guerre de l’Independance” with her. Working with Mario Buatta, it was re-installed in the gracious dining room. Pat’s two Pomeranians, Siegfried and Roy love it too! 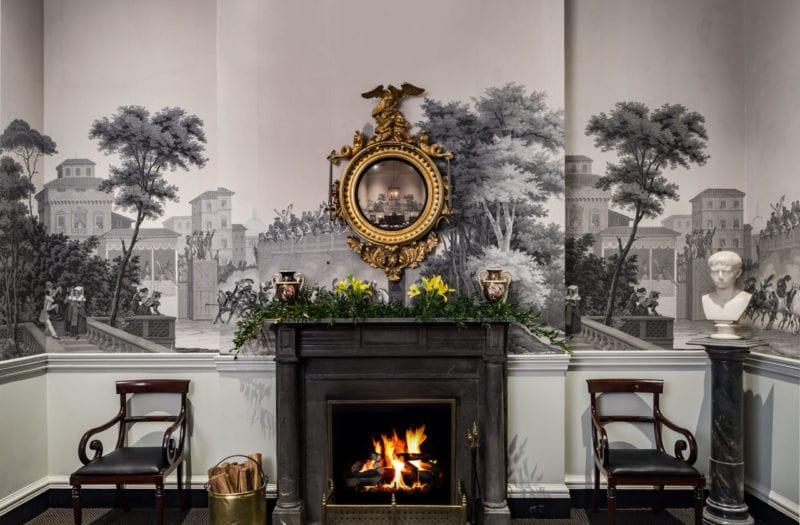 An intimate dining room in New York City’s Knickerbocker Club (founded in 1871) is accented by the grisaille of 19th-century horse races in “Les Courses de Chevaux.” 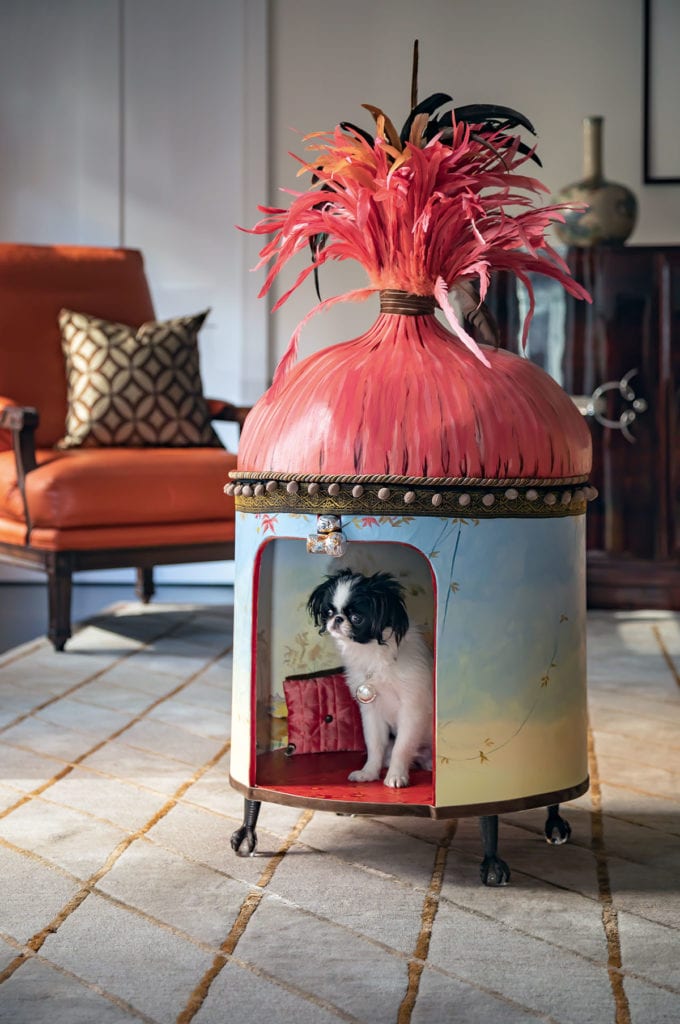 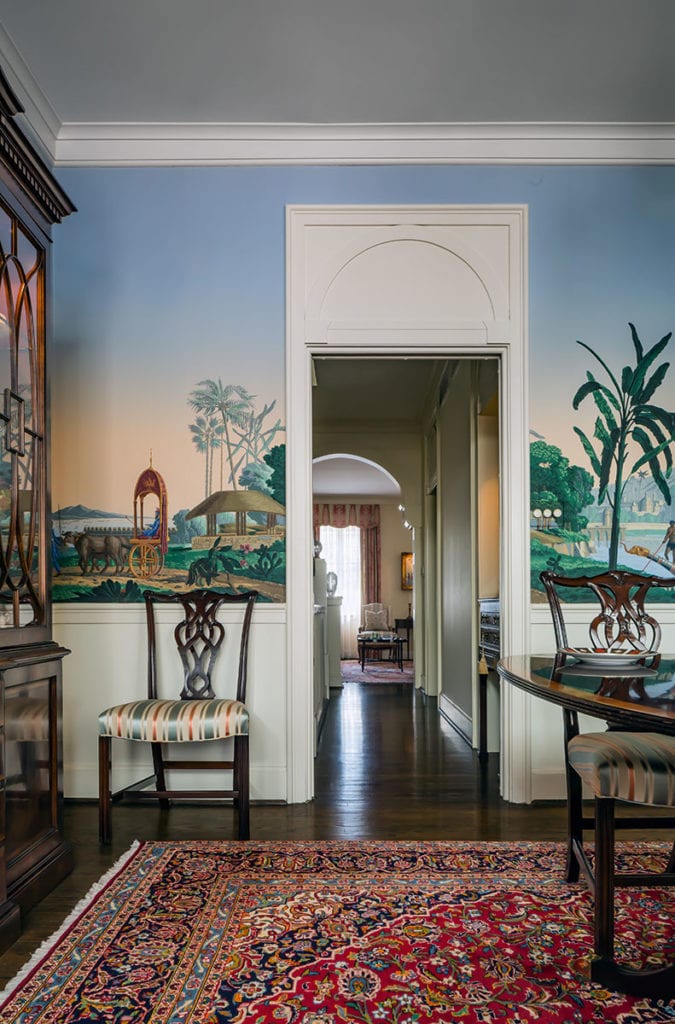 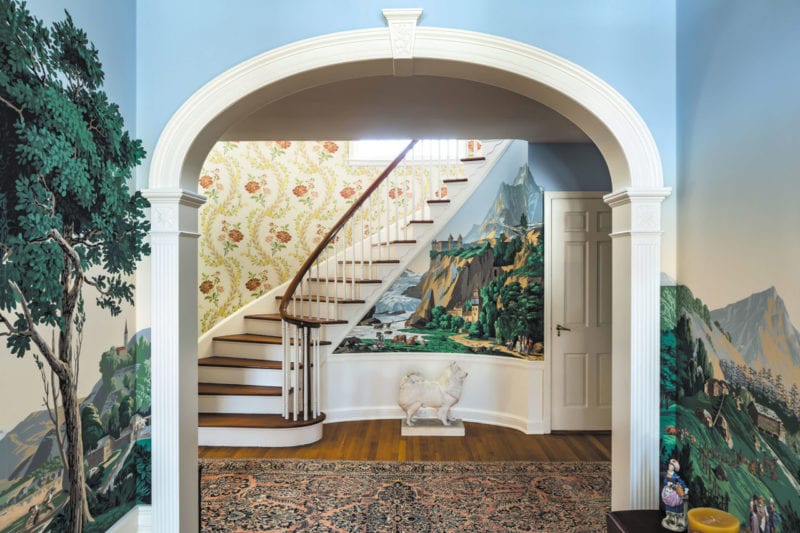 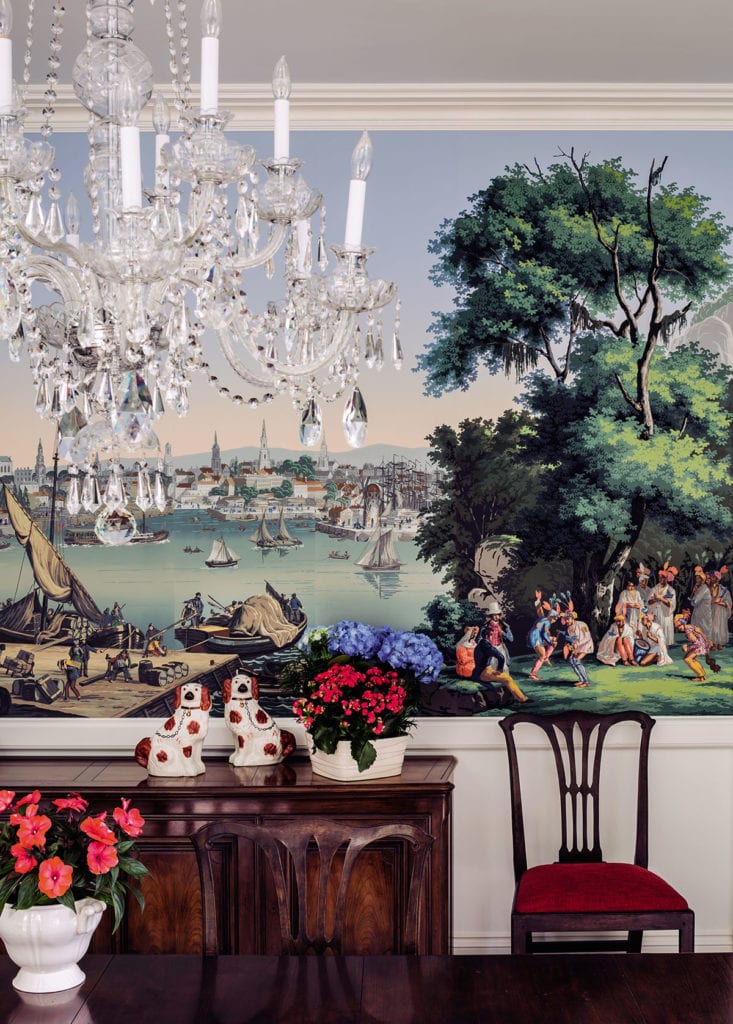 The homeowners bought this gracious early 20th-century California home for the “Vues de l’Amérique du Nord” in the dining room. 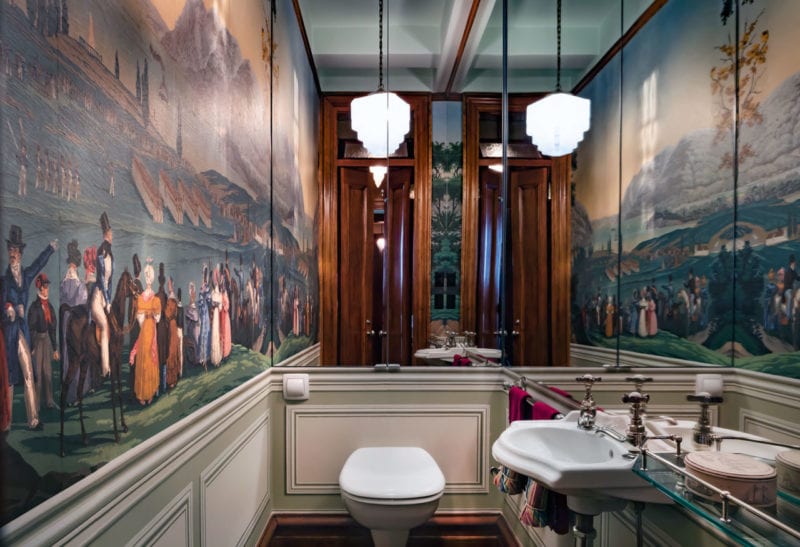 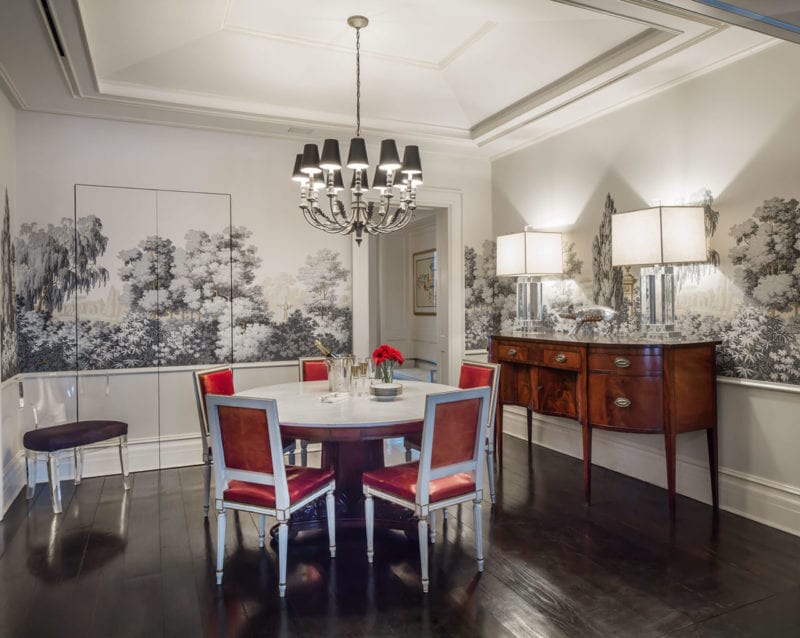 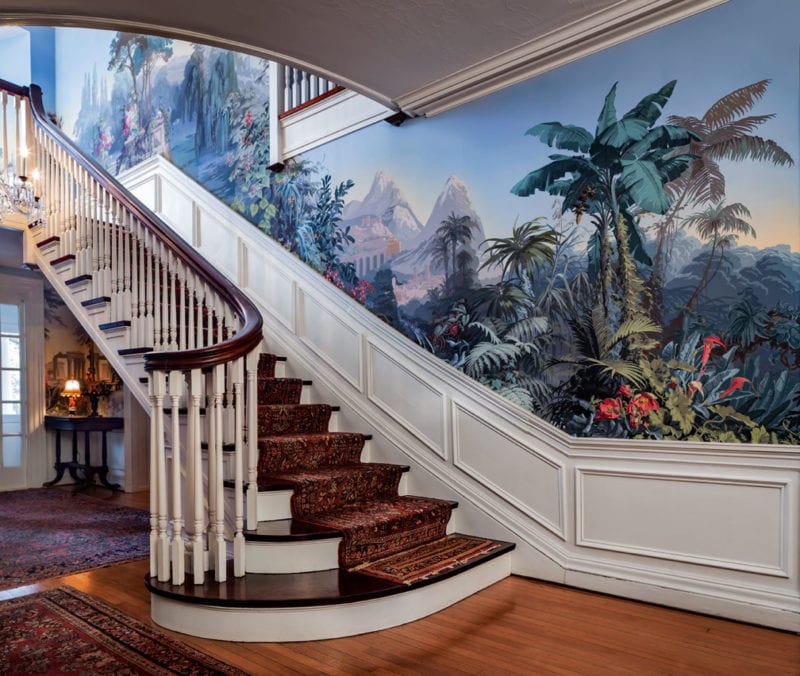 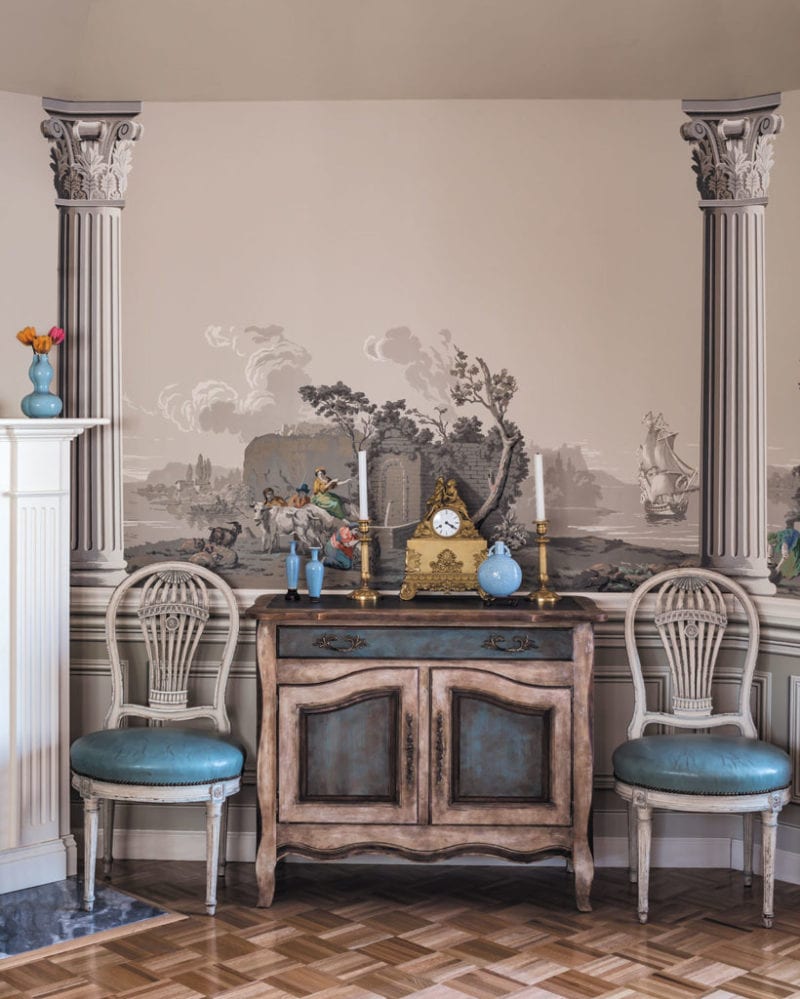 The soft sepia ruins of “Les Côtes de Villefranche” are set between columns above a classic dado in this dining room by Holly Holden. 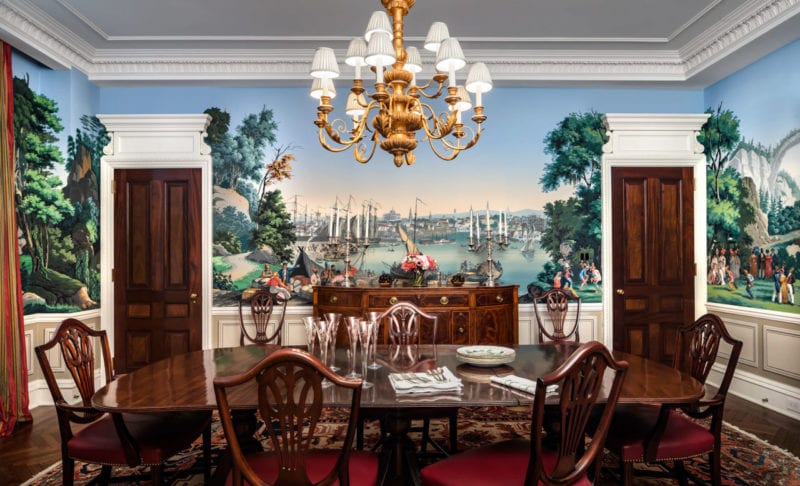 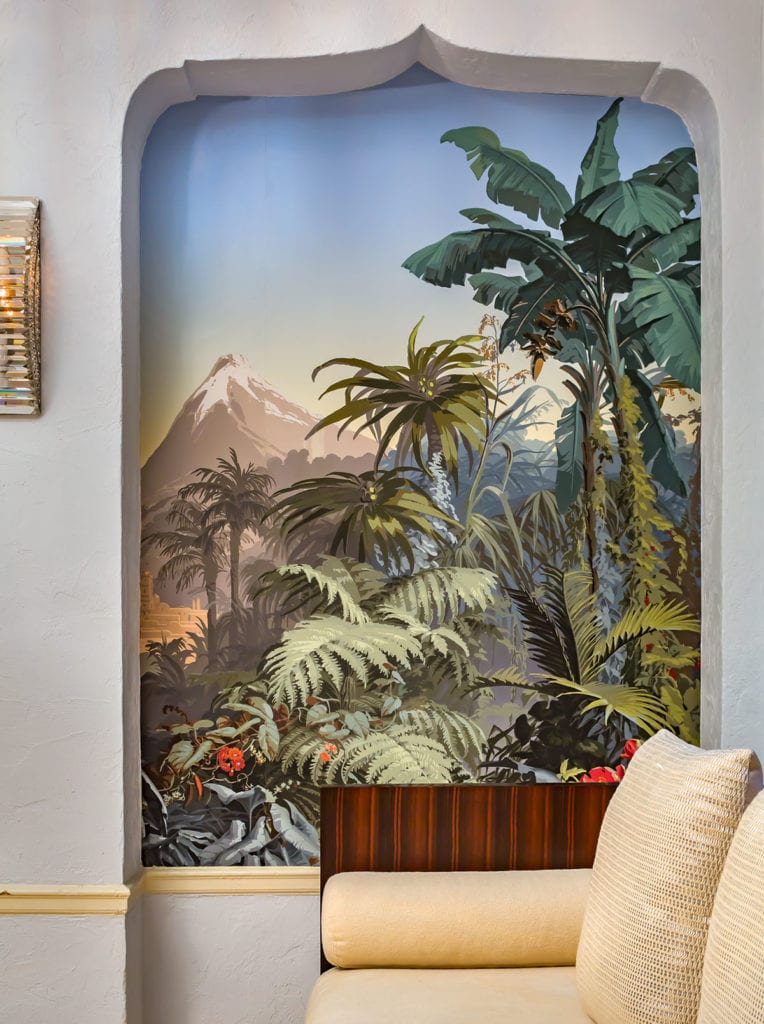 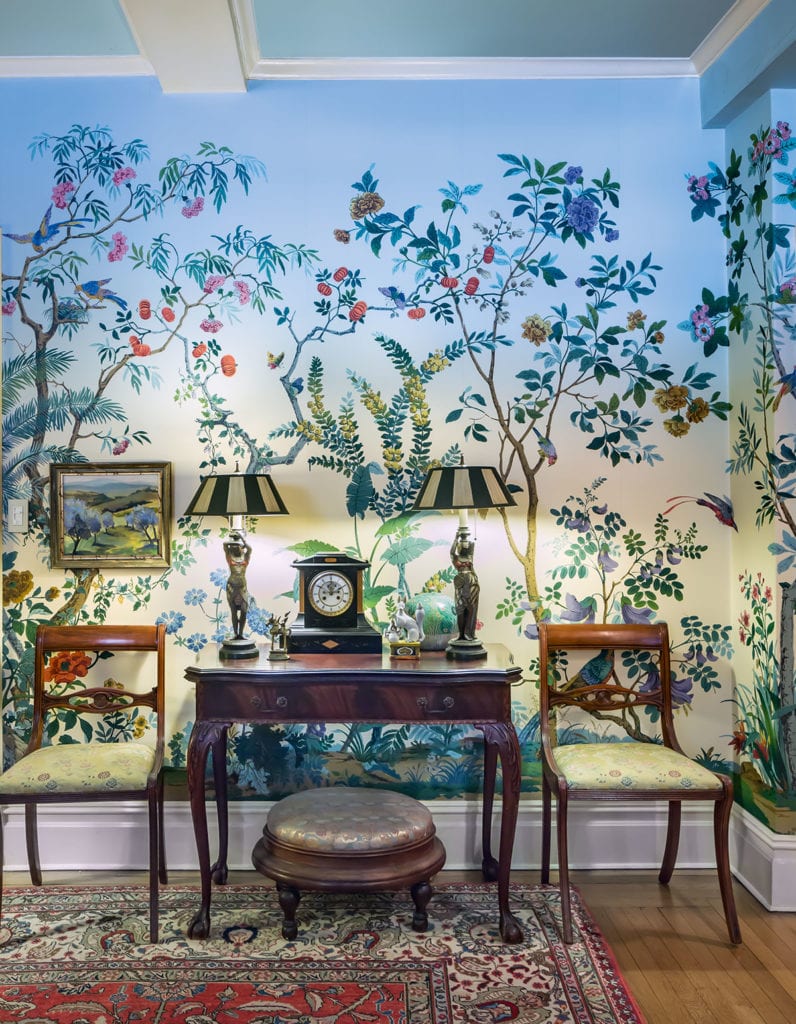 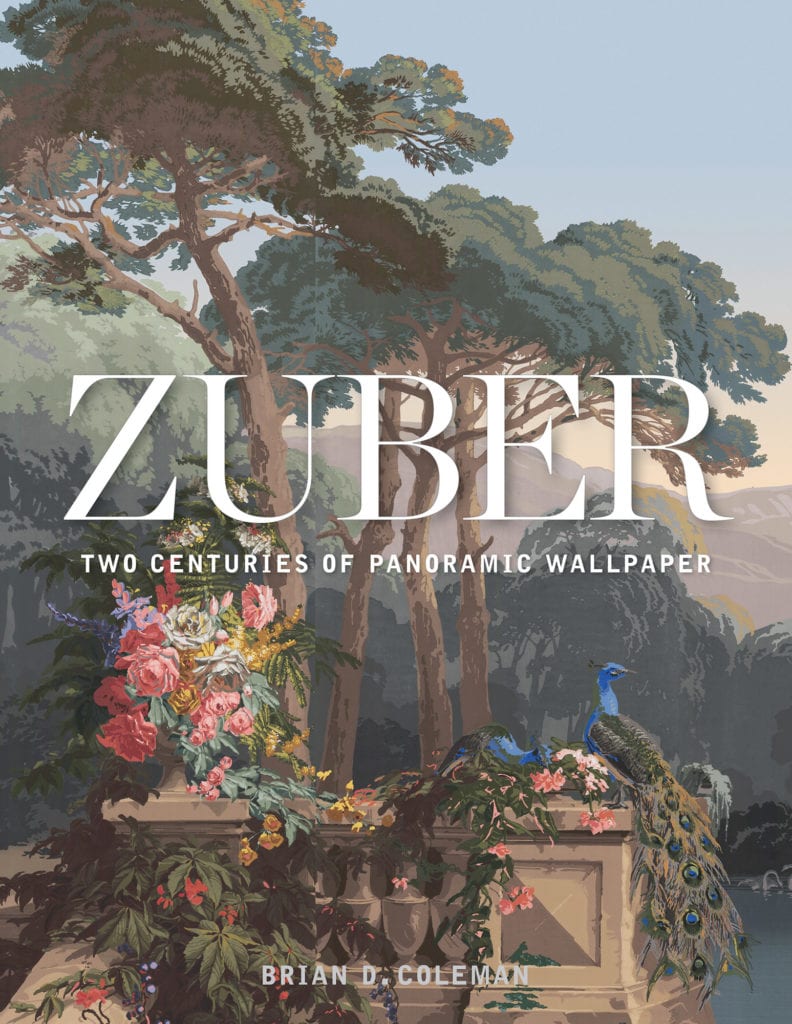 To learn more about Zuber, please visit the following posts written by The Glam Pad: