Nestled among the gentle hills of Normandy, a mean­dering route through lush pastures lined with hedgerows leads to a delightful French manor, originally built in the 16th century for the estate manager of the Duc d’Harcourt.  When the present owner bought the manor in 1973, the house had been divided over the years and was in a state of disrepair, so they oversaw a meticulous restoration under the guidance of the Monu­ment Historique.

The gardens were designed by Russell Page, the legendary British garden designer and landscape architect. The owner shares with House & Garden, “We walked around what was then a building site. He asked if I wanted an open or a closed garden, and I replied that I wanted both. We discussed the idea of several linked outside rooms, each with its own opening and perspective, and then retired for lunch. In a matter of minutes he had sketched out his ideas on a newspaper – the measurements and proportions of the final drawings hardly changed at all.” After Page’s passing in 1985, landscape designer Caroline Egremont replanted the cottage garden in the 1990s, and it continues to grow and thrive thanks to the owner’s impeccable attention to detail.

Let’s take a tour with photography from House & Garden… I particularly love the dining room-cum-library, which was inspired by the Codrington Library at All Souls College, Oxford. Above the books, painted letters within metopes spell in Latin, “Without books you can’t live happily and without food you can’t live at all.” 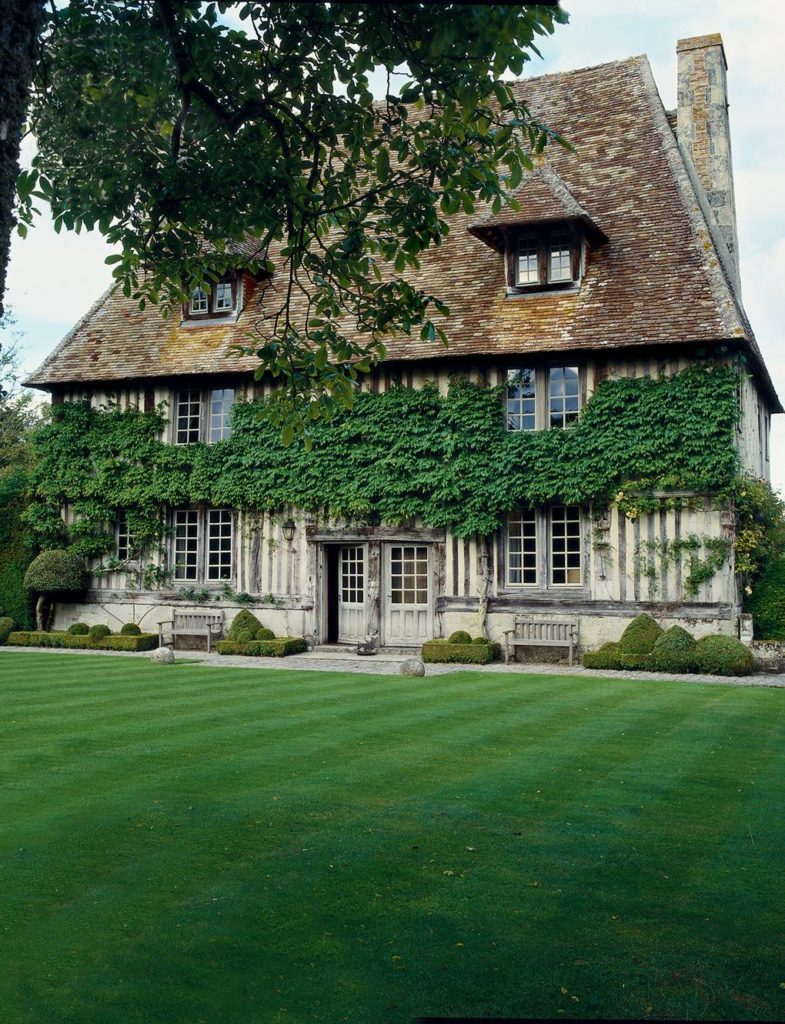 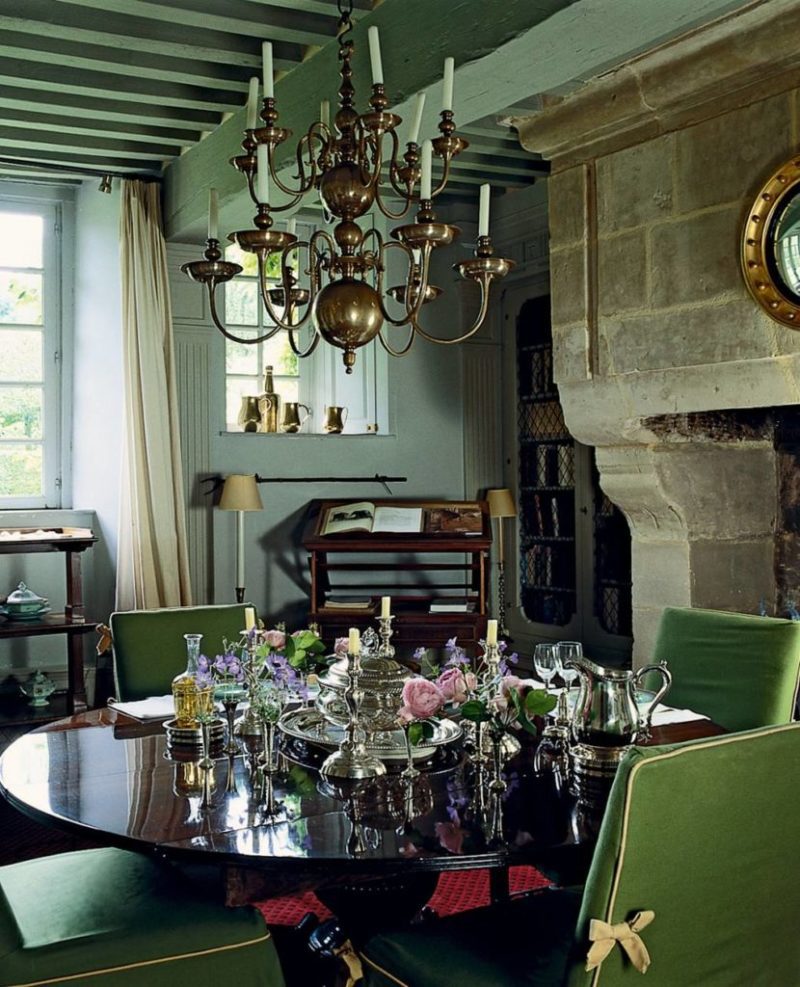 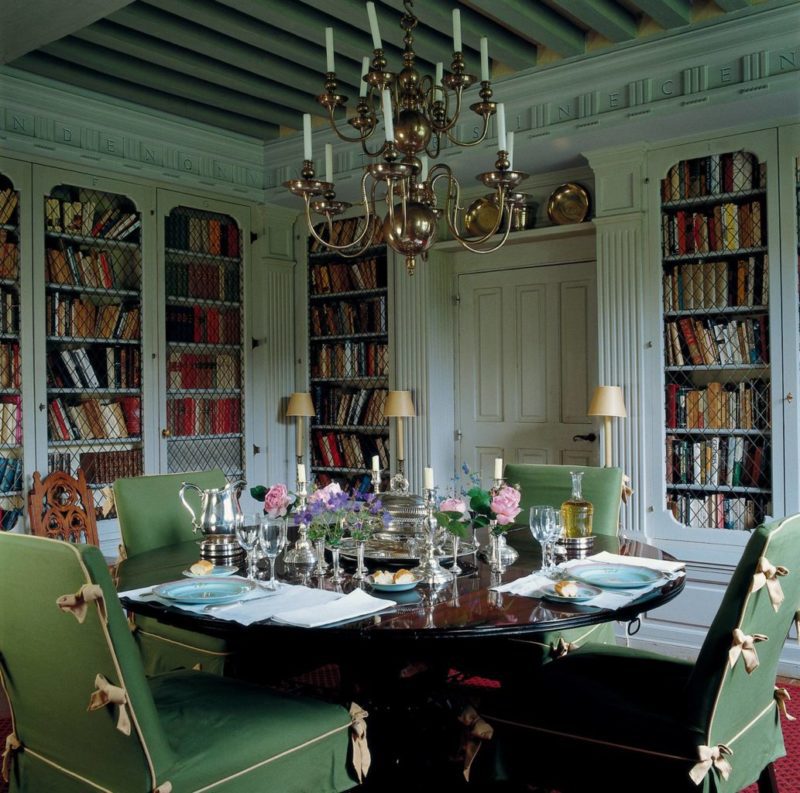 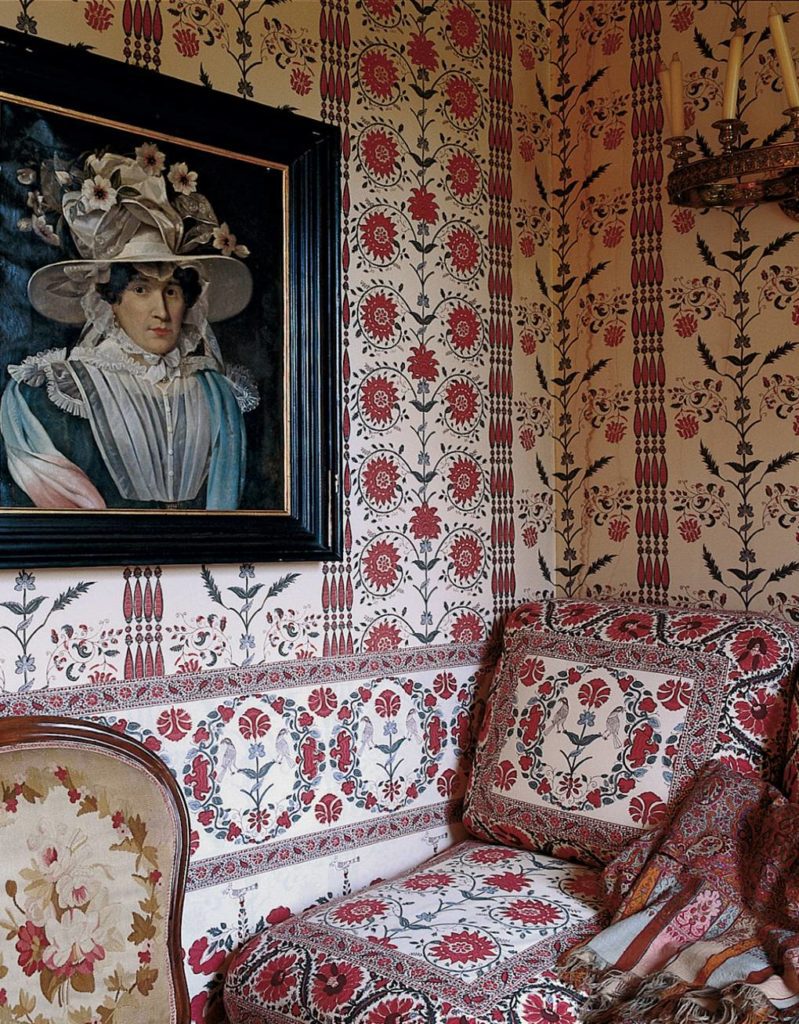 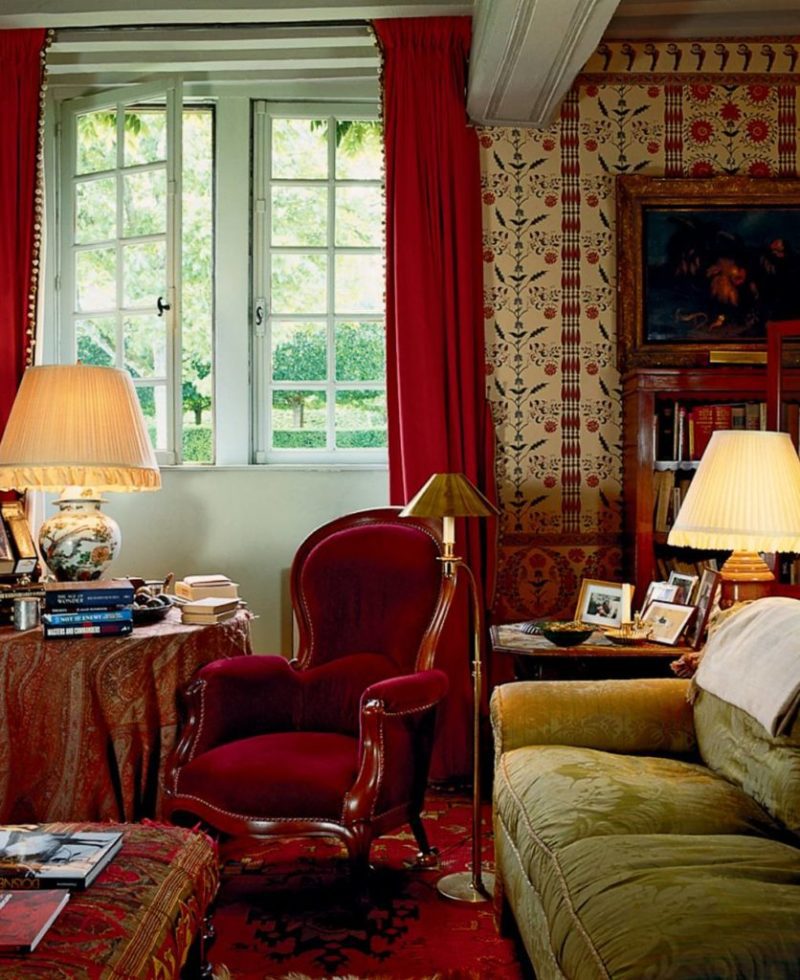 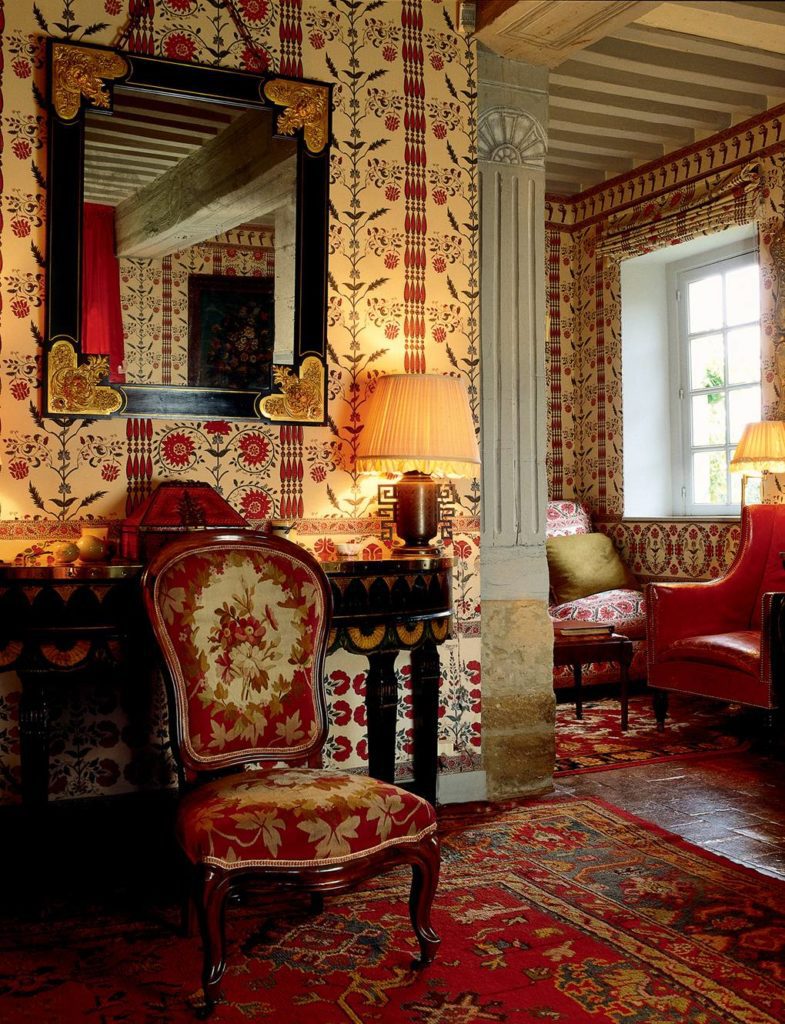 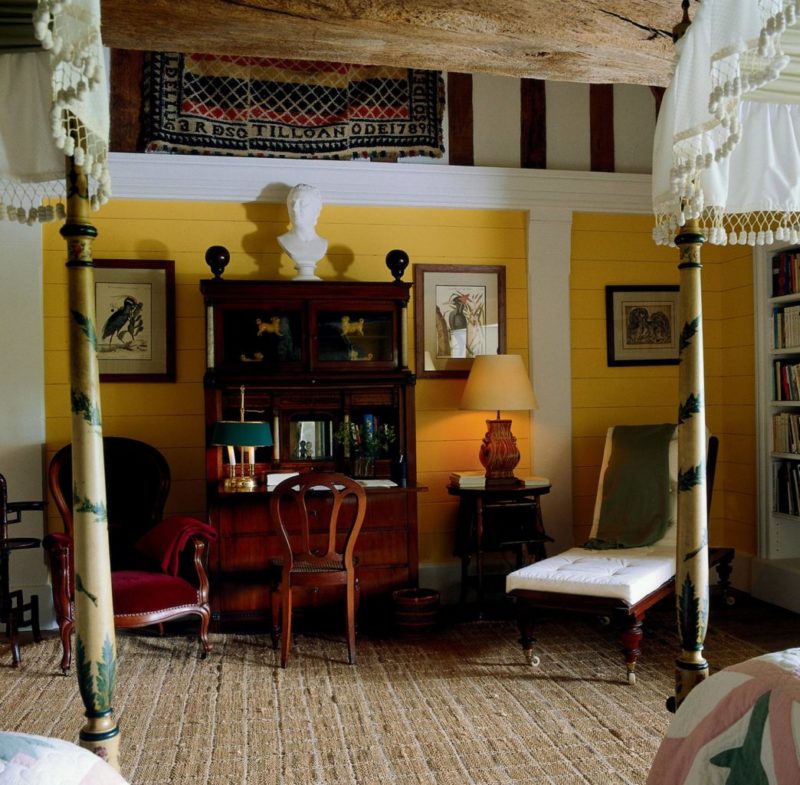 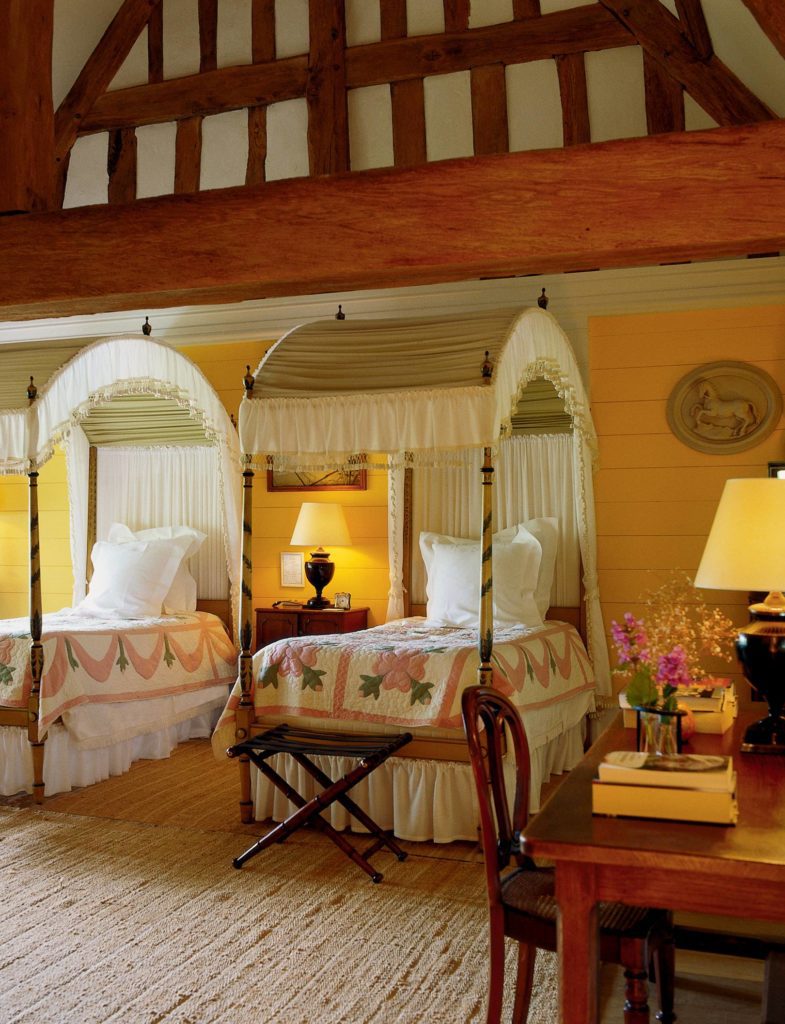 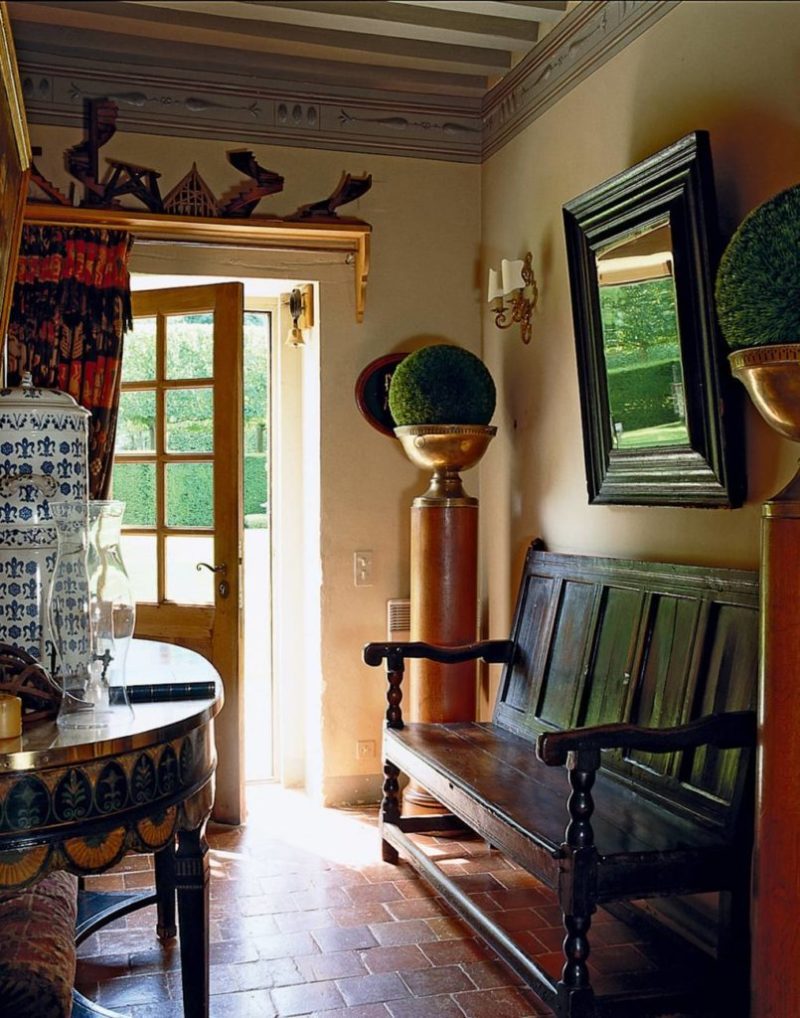 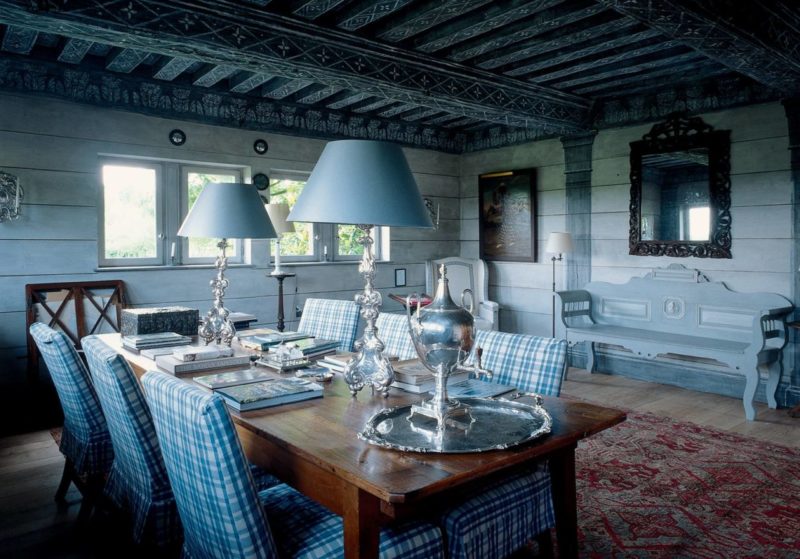 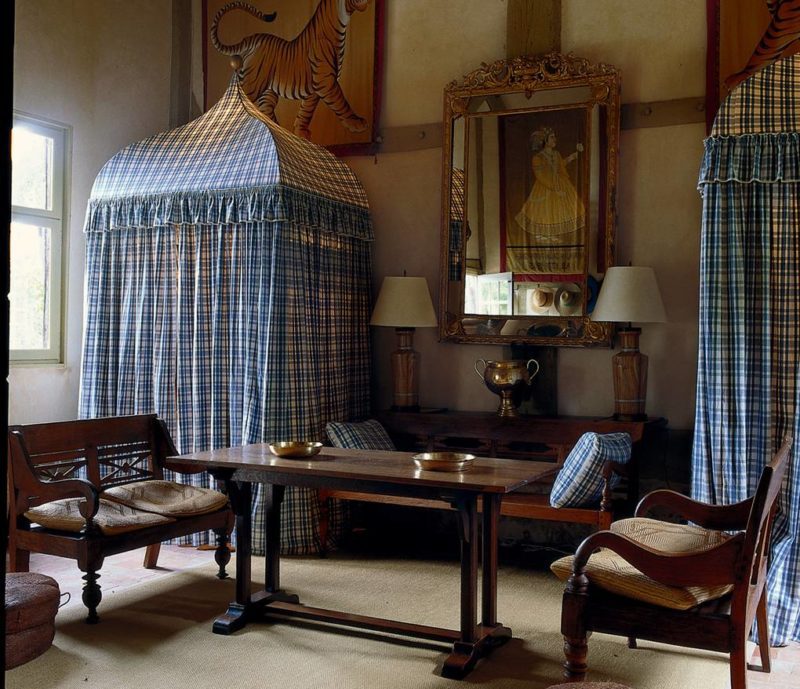 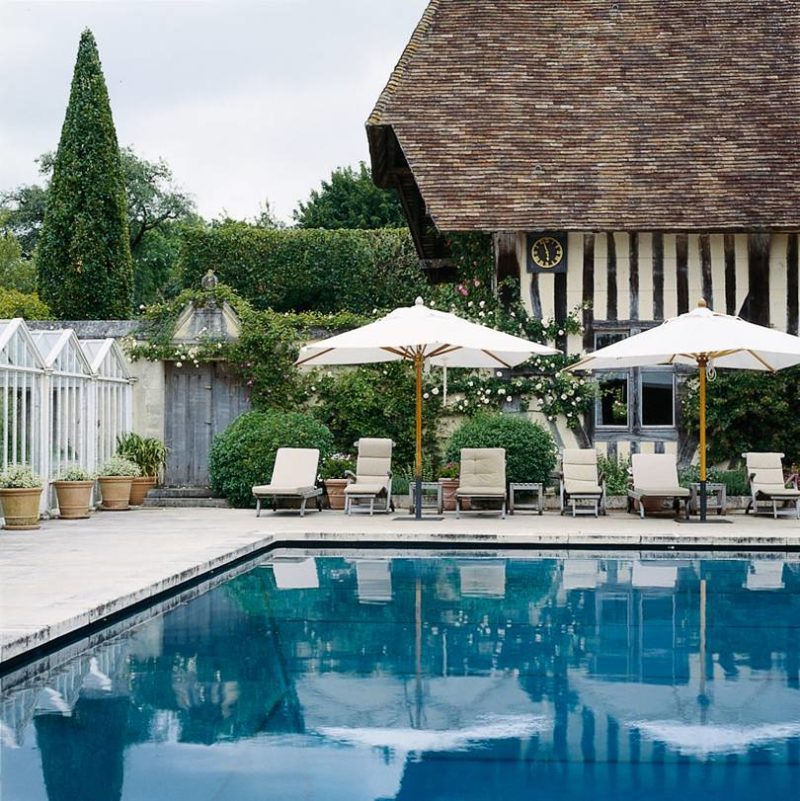 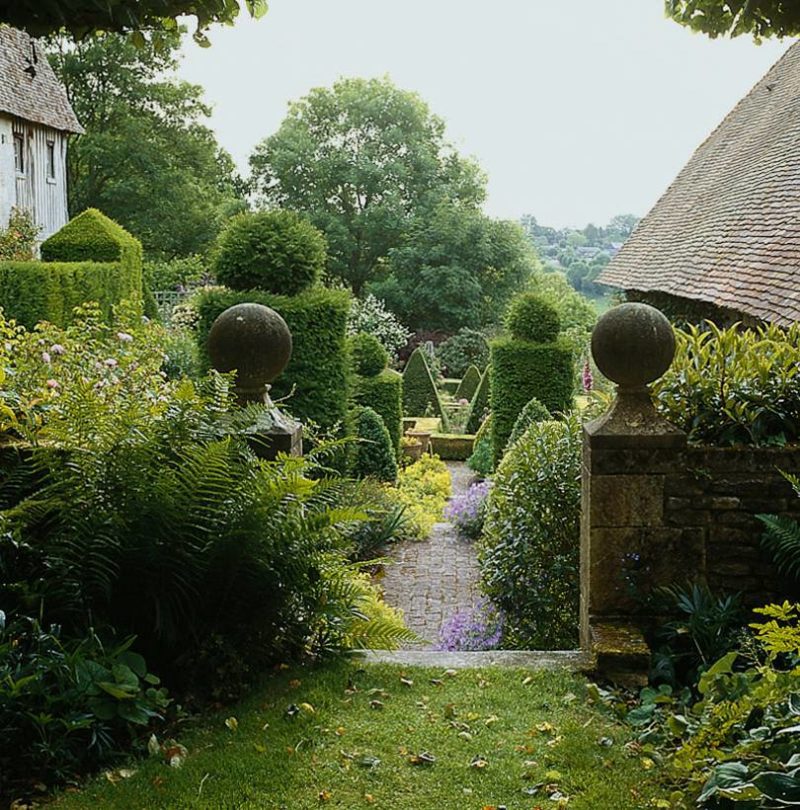 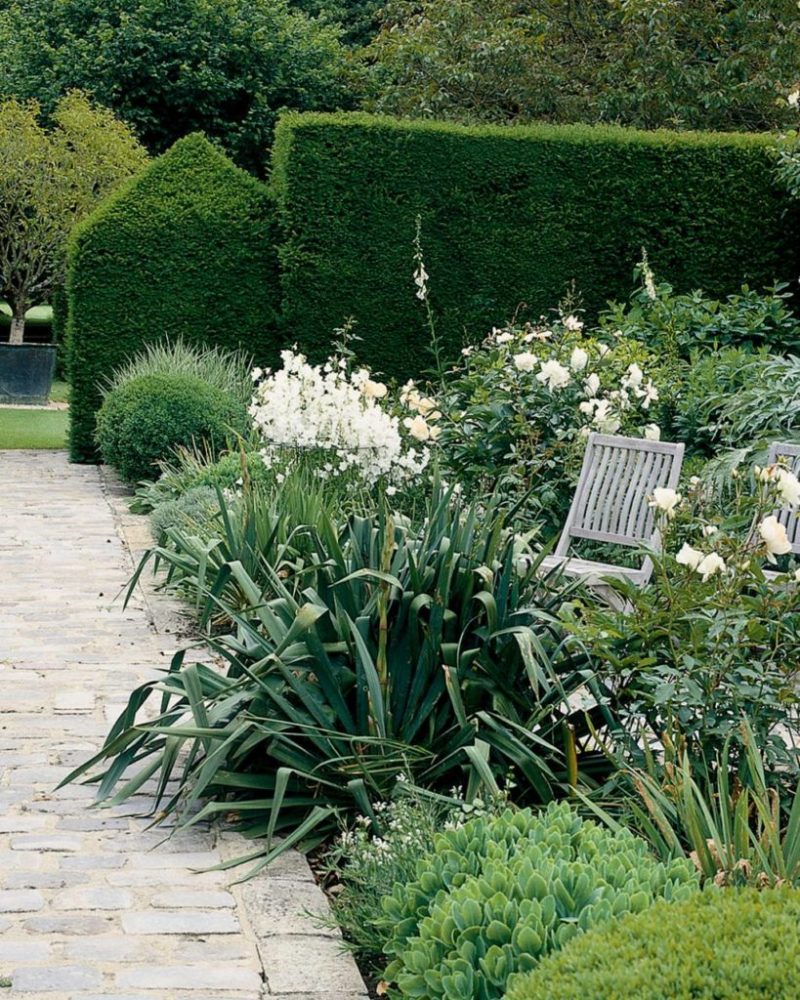 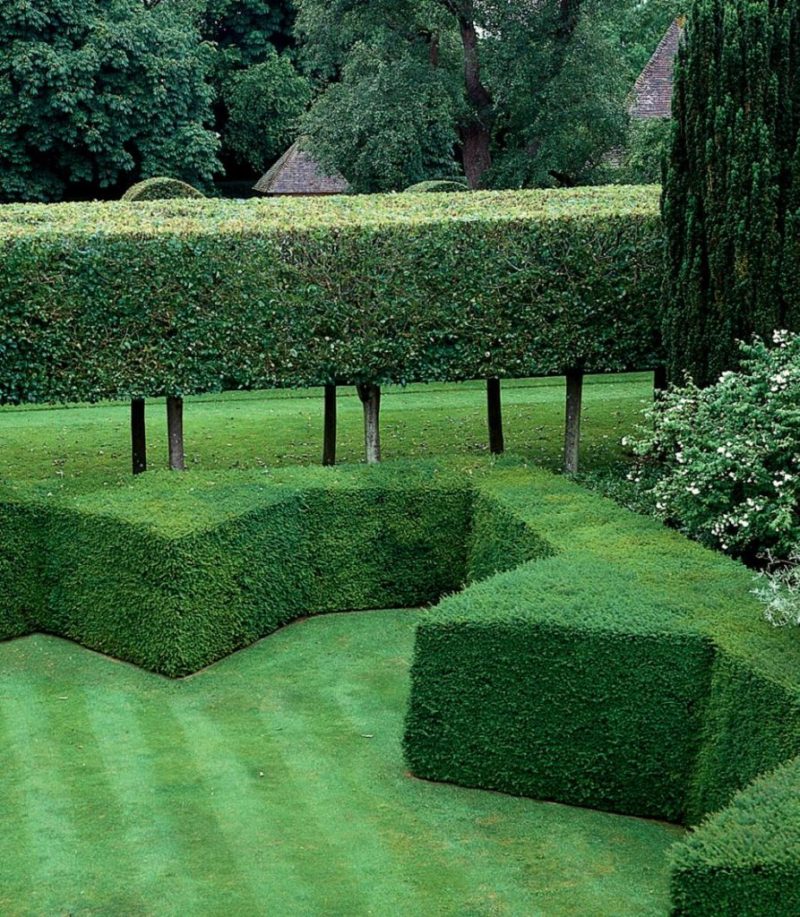 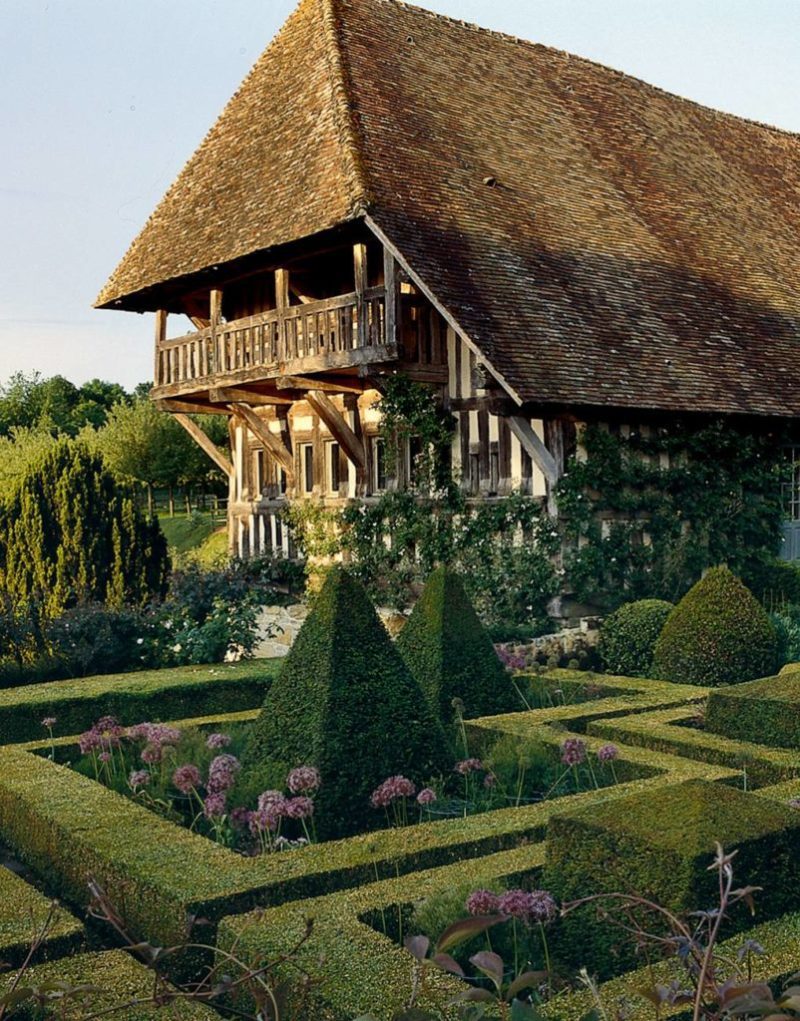